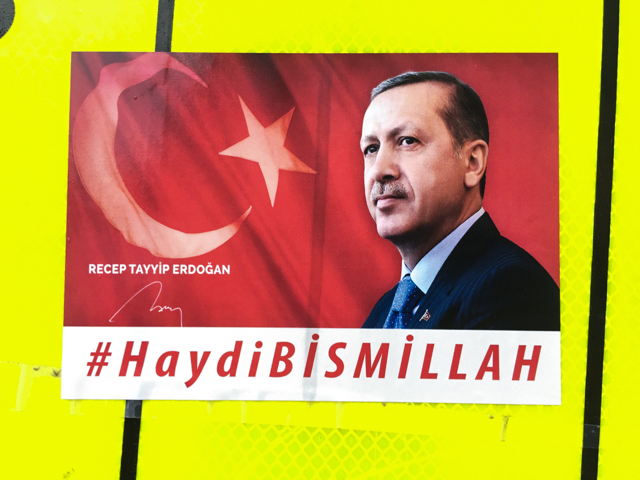 Many Turks living in Belgium have received postal mail from the AK Party of Turkish President Recep Tayyip Erdo?an, inviting them to vote in the 1 November election, offering benefits in exchange.

The Belgian authorities are reported to be investigating how the Justice and Development Party obtained the names and addresses of persons of Turkish origin living in the country.

The letter, signed by Turkish Prime Minister Ahmet Davutoglu, promises 20% discounts on air tickets from Turkish Airlines, a bonus for the birth of children, financial assistance for PhD students, and a reduction of the sum Turkish nationals have to pay to get out of compulsory military service.

Bart Tommelein, Belgium’s State Secretary for Privacy, is said to have initiated the investigation.

Similar letters have also been sent to Turks in the Netherlands, the press reports.

Erdo?an’s recent visit to Strasbourg and Brussels raised eyebrows, as the Turkish leader openly turned his European tour into part of his election campaign.

The Belgian authorities apparently find it unacceptable that in the heavily Turkish suburbs of Schaerbeek and Saint-Josse, posters of Erdo?an have been put up everywhere.

During Belgian elections, posters can only be displayed in specially-designated areas.

The local authorities say they intend to levy penalties against Erdo?an’s party. According to Belgian law, a fine of €225 is applied per offense.

The question remains whether the AKP, which has an office in Brussels, will agree to comply.

The other Turkish political parties have been far more low key during this election campaign, Belgian broadcaster RTBF reports.