The official final result after a second round run-off saw the conservative incumbent claim 55.99% of the vote in the Greek-majority European Union member, ahead of Communist-backed Stavros Malas on 44%. 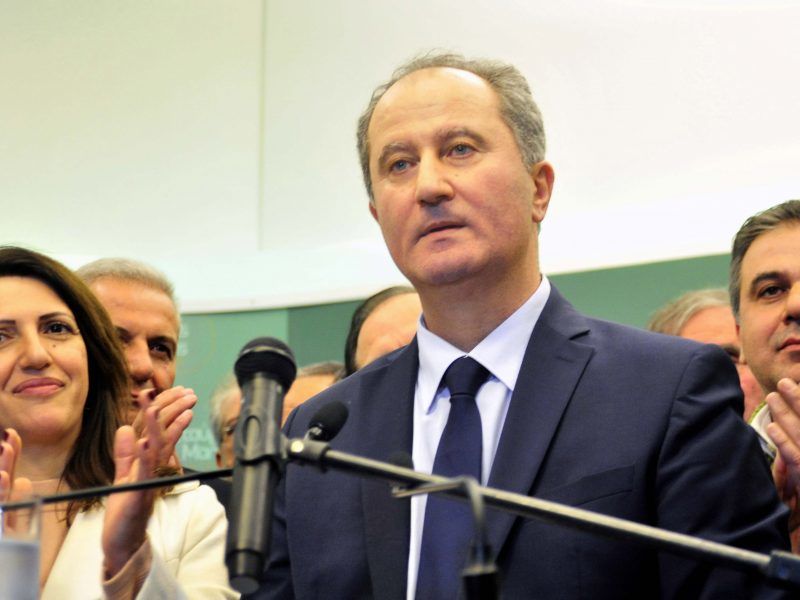 Apathy has been on the rise after a lacklustre campaign – especially among young voters – and the final official turnout stood at 73%.

Anastasiades, 71, pledged at a ceremony where he was officially declared the winner “to address the problems faced by the youth, the vulnerable, and modernise the state”.

“My priority is to tackle the occupation of our country but without ignoring the sensitivities of the Turkish Cypriots,” he said.

Jubilant supporters of the president at the event welcomed his election for another five years.

“I was confident because people could see all he has done during the past five years and see that he is the man the country needs,” lawyer Christina Zikkou told AFP.

Defeated Malas said the result was “disappointing but we have to accept it”.

“The struggle for social justice and the Cyprus problem does not end with these elections…our fight is not lost,” he said.

European Commission President Jean-Claude Juncker congratulated Anastasiades and said he hoped the victor would “continue to pursue… the policies that have steered Cyprus on the path of economic growth.”

“I would also like to take this opportunity to assure you that I stand ready as ever to assist in the efforts to bring to an end the division of the island and achieve the reunification of Cyprus,” Juncker said in a message.

Congratulations, @AnastasiadesCY on your re-election as President of the Republic of #Cyprus. I look forward to continue working closely with you in the next months in our common endeavour to deliver a more united, stronger and more democratic Union. #EURoad2Sibiu pic.twitter.com/BiBHOhzD7D

As ever, the nearly 44-year division of the eastern Mediterranean island between the internationally recognised Republic of Cyprus in the south and a Turkish-backed statelet in the north loomed large over the vote.

Anastasiades has pledged fresh talks with Turkish Cypriot leader Mustafa Akıncı despite the acrimonious collapse last July of UN-backed negotiations that came closer than ever to sealing a deal. 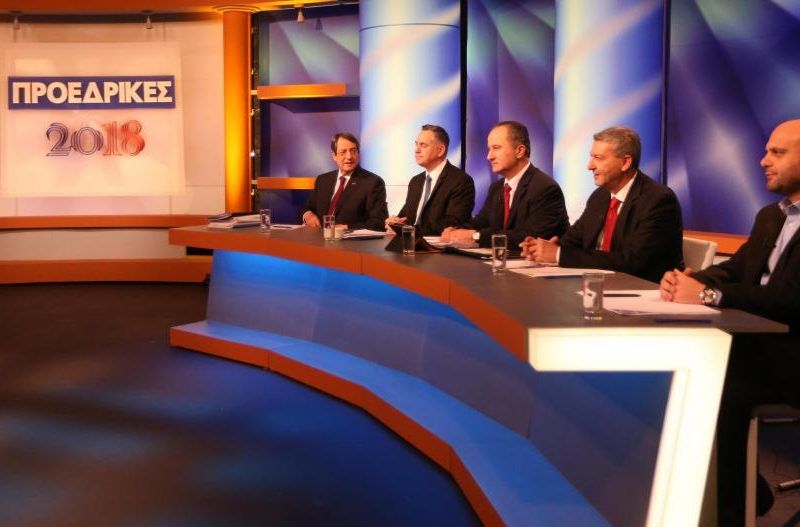 How to end Cyprus’ decades-long division and the re-ignition of a lifeless UN-backed peace process took centre stage yesterday (22 January) in the country’s first and only live TV debate featuring the main presidential candidates.

Dovish former health minister Malas, 50, had slammed his opponent for not going far enough to achieve a deal — but voters appeared unwilling to take the risk on the challenger.

Despite the promises of a new peace push, there is deep scepticism that any progress can be made to overcome issues including the presence of 40,000 Turkish troops in the north.

Relations between the Turkish and Greek Cypriot sides remain tense, and there is little sign that a nationalist government in Ankara will be willing to budge.

“The wider political framework in which this president comes to power is not conducive for a settlement,” said University of Nicosia professor Hubert Faustmann.

This time around the economy was a dominant issue for the roughly 550,000-strong Greek Cypriot electorate as the island recovers from a 2013 financial crisis.

Anastasiades has claimed credit for an impressive recovery since agreeing a harsh 10-billion euro (more than $12-billion) bailout just weeks after taking power.

But major challenges remain, despite record numbers of tourists.

The economy is still smaller than before 2013, employment remains around 11% and banks are awash with bad loans.

Exploration is going on for oil and gas off the island’s shores that the authorities hope could boost their coffers.

AKEL — the left-wing party backing Malas — was in charge ahead of the crisis and is widely held responsible for tanking the economy.