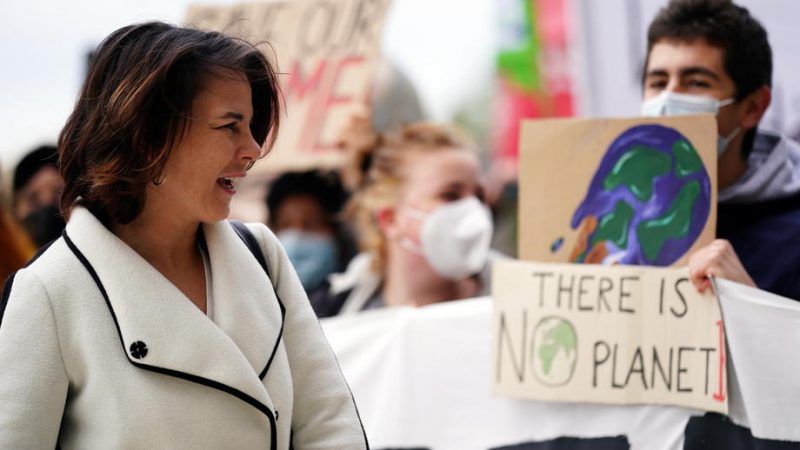 File photo. In her capacity of Green party (Die Gruenen) co-chairwoman Annalena Baerbock arrives in front of demonstrators of Fridays for Future climate movement prior to the beginning of exploratory talks between the Free Democrats (FDP), The Greens (Die Gruenen) and the Social Democrats (SPD), in Berlin, Germany, 15 October 2021. EPA-EFE/CLEMENS BILAN [EPA-EFE/CLEMENS BILAN]

A former medal-winning trampolinist, Annalena Baerbock is no stranger to aiming high. But the 40-year-old’s next leap will be her biggest yet as she becomes Germany’s first woman foreign minister.

It’s a remarkable rebound for the Green party co-leader whose election campaign was derailed by a series of missteps that dashed her hopes of replacing Angela Merkel as chancellor.

Nevertheless, voter concerns about climate change and Baerbock’s pledge to bring a “fresh start” to German politics catapulted the ecologists into third place at the September 26 election, with a record score of 15 percent.

The three-way “traffic light” coalition that emerged — consisting of the centre-left Social Democrats, liberal FDP and the Greens — rewarded Baerbock with the powerful foreign ministry portfolio.

An expert in international law, Baerbock has vowed to put human rights at the centre of German diplomacy — promsing a tougher ride for Russia and China after the commerce-driven pragmatism of the Merkel era.

The mother-of-two is described as quick on her feet and tenacious, with a meticulous attention to policy details.

“She keeps asking questions until she has really understood an issue,” a party source told the Handelsblatt daily. “She won’t be fobbed off.”

Critics point out that Baerbock has never held a government role, and was a relatively unknown politician even to many Germans not long ago.

Baerbock’s inexperience was laid bare on the campaign trail when she faced scrutiny over a belated bonus declaration, inaccuracies on her CV and allegations of plagiarism in her new book. 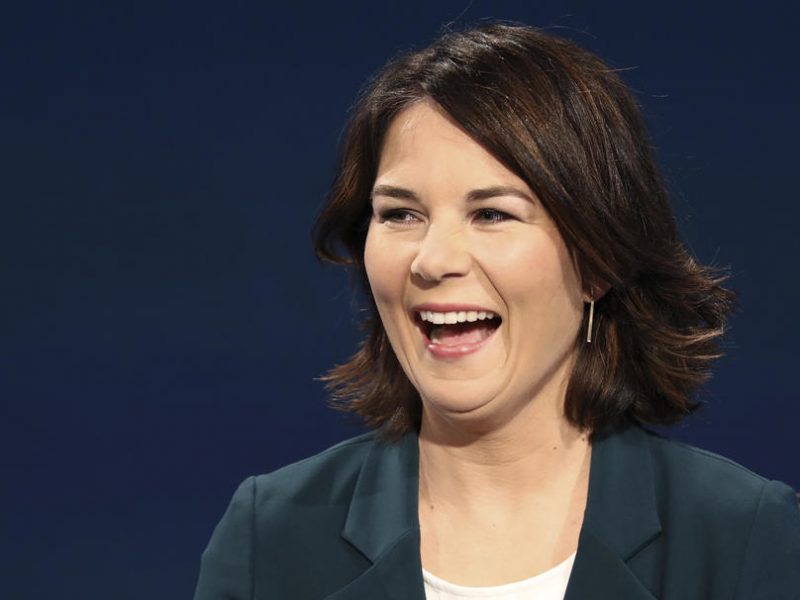 The German Green party has dismissed as “an attempt at character assassination” plagiarism allegations against co-leader and chancellor candidate Annalena Baerbock and has called in a specialist media lawyer.

At one point, after fumbling a speech to a friendly audience, she was caught on microphone uttering an expletive while leaving the stage.

Baerbock admitted to having made mistakes along the way, and later pulled her book from the market.

But the Greens also hit back at the sexist attacks and online hate campaigns they said no other candidate had faced during the race.

Baerbock rode out the storm, with Greens co-leader Robert Habeck, the more charismatic of the duo, loyally rebuffing calls to replace her as chancellor candidate.

Habeck is now poised to head a new “super ministry” grouping the portfolios of economy, climate protection and energy.

Raised on a farm near the northern city of Hanover, Baerbock got an early taste of politics when her parents took her to anti-nuclear demonstrations in the 1980s.

As a teenager she took part in trampoline competitions, winning three bronze medals in German championships. The sport taught her to “be brave”, she has said.

Baerbock studied political science and public law in Hanover before getting a master’s degree in public international law from the London School of Economics.

After trying her hand at journalism, she joined the Greens in 2005 and rose to become head of the party’s Brandenburg branch in 2009.

She entered the Bundestag lower house of parliament as a lawmaker in 2013.

She is married to Daniel Holefleisch, a political consultant. They have two daughters and live in Potsdam near Berlin.

As the Greens’ co-leaders since 2018, Baerbock and Habeck have been credited with completing the party’s transformation from its hippy, peace activist roots to a mainstream force to be reckoned with.

In the 2019 European Parliament elections, the Greens soared to 20.5 percent of the vote in Germany.

In a break with tradition, both Baerbock and Habeck represent the “Realo” wing of the Green party, seen as more pragmatic and centrist than the radical “Fundi” camp.

Baerbock will be Germany’s second Green foreign minister, following in the footsteps of party veteran Joschka Fischer who served under Gerhard Schroeder from 1998 to 2005.

Baerbock recently accused Moscow of pushing up Europe’s energy prices by withholding gas supplies until the pipeline is fully certified, and said Germany could not let itself be “blackmailed”.

Signalling a more assertive stance on China, Baerbock has called for “dialogue and toughness” and urged the European Union “not to be naive” in its dealing with the Asian giant.