Armenia’s ruling party was set to win the first parliamentary elections since the adoption of constitutional reforms transforming the country into a parliamentary republic, according to official results released today (3 April).

“According to the elections’ early results, the Republican Party has every chance of forming the new government,” the party’s spokesman, Eduard Sharmazanov, told a news conference.

Dashnaktsutyun, a nationalist party, received 6.88% of the vote and is also set to enter the parliament.

The West sees the election as a key democratic test for the landlocked nation of 2.9 million, which has no history of transferring power to the opposition through the ballot box. 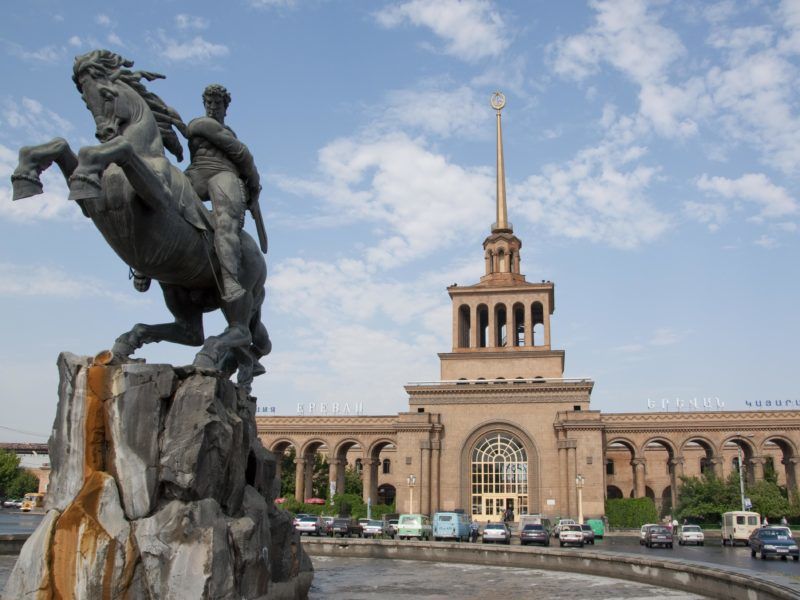 Armenia votes in landmark legislative elections Sunday (2 April) for the first time since the adoption of constitutional reforms aimed at transforming the ex-Soviet country into a parliamentary republic.

Sargsyan has said his government “made enormous efforts so that (the) milestone vote is flawless”.

Violence flared following his election in 2008 with 10 people killed in clashes between police and opposition supporters.

But opposition politicians reported violations at polling stations after previously warning that the government is preparing mass electoral fraud.

“We have recorded numerous violations at polling stations, violation of ballots’ secrecy and multiple voting,” Hovsep Khurshudyan, a leader of Ohanyan-Raffi-Oskanyan, an opposition coalition, told AFP.

Before the vote, the EU delegation to Armenia and the US embassy said in a joint statement that they were “concerned by allegations of voter intimidation, attempts to buy votes, and the systemic use of administrative resources to aid certain competing parties”.

The polls followed constitutional amendments initiated by Sargsyan in 2015 that his opponents say were designed to perpetuate the rule of the Republican party which has been in power for the last two decades.

The amendments will shift the country away from a strong presidency to a parliamentary form of government after Sargsyan’s second and final term ends in 2018.

The opposition says the changes were made to allow Sargsyan, 62, to maintain his grip on power by remaining party leader after he steps down as president.

Sargsyan denies that, saying the changes are “part of Armenia’s democratisation process”.

Ahead of the vote, Sargsyan told AFP he would remain “active” in politics after he left office by staying as party leader.

“As chairman of the Republican Party, I assume responsibility for my teammates,” he said when asked about his post-2018 future.

Both ruling and opposition parties have campaigned on populist promises such as “jobs, wages, pensions”, Gevorg Poghosyan, a pollster at the Armenian Sociologists’ Association, told AFP.

“That’s what matters to the voters” in a country where about 30% of the population live under the official poverty line, he said.

Tsarukyan has built his campaign on lavish promises to cut tariffs on natural gas and electricity and hike public-sector salaries and pensions. He accuses the government of failing to address poverty and endemic corruption.

Five parties and four electoral blocs ran in Sunday’s vote, with 101 parliamentary seats up for grabs under a system of proportional representation.

A party needs to clear a 5% threshold to be represented in parliament, while an electoral bloc, an entity made up of several parties, needs to garner at least 7% of the vote.

Voting was monitored by observers from the Organisation for Security and Cooperation in Europe (OSCE).

#armvote17 #violations no privacy ensured near the voting booths at 5/12 everyone can see the process of voting
#elections #Armenia pic.twitter.com/HHInFlt9EN