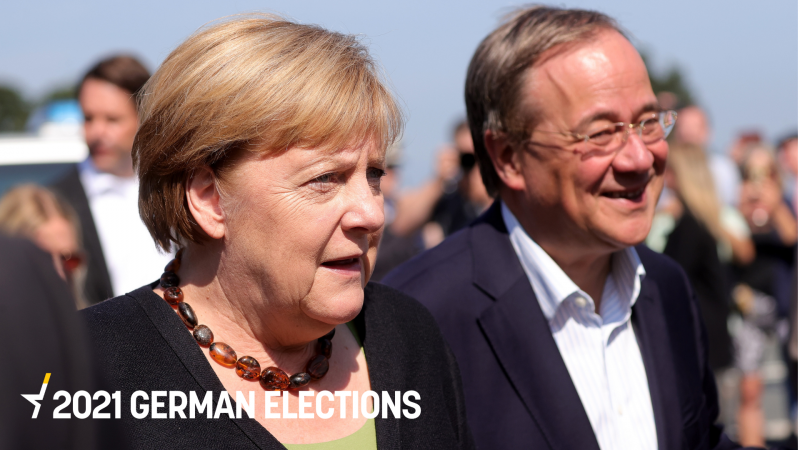 Conservative chancellor hopeful Armin Laschet will not be a departure from Merkel-era policies in full but he is different enough. EPA-EFE/FRIEDEMANN VOGEL / POOL

Angela Merkel has governed Germany for 16 years and proven a reliable ally both in Europe and for the world. Will her party colleague hoping to succeed her follow in her footsteps or diverge from her path in order to forge his own legacy?

In his parliamentary debut in 1994 Laschet ran for the conservative party CDU under the slogan “listen, decide, act” on a family policy platform, laying the foundation of the measured and progressive persona he continues to cultivate.

Unlike Merkel, Laschet is West German. He stems from Aachen, on the border of Belgium and the Netherlands, which he invokes to explain his pro-European politics.

He went on to add that Europe needed to channel its prowess in order to aid Africa, which was of special importance due to its close proximity to the bloc.

“I don’t think walling oneself off is going to help,” said Laschet when asked about how to affect change in regards to human rights violations by German trading partners.

He went on to add that achieving policy goals like climate protection would only be achievable through cooperation with states that do not share Germany’s values.

Known for a pragmatic and collected manner, Laschet has always been considered Merkel’s natural successor.

Yet while they share a commitment to Europe and multilateralism, Merkel has always been considered a convinced fighter against climate change, unlike Laschet.

Laschet won Germany’s largest state, North Rhine-Westphalia, for the conservatives in 2017, and his mixed record on climate change issues from his tenure holding the minister-president post is now causing problems on the campaign trail.

For Laschet, who often describes himself as the son of a coal miner and whose campaign promise is to maintain industry in Germany, it is a challenge to come across as credible to younger voters when discussing climate protection policy.

Asked “how he would combat climate change in his first 100 days office” by a 15 year old climate activist on 15 September, Laschet replied that he would speed up permitting processes, highlighting his struggle to stick to his campaign promises while remaining attractive to more climate sensitive voters.

Laschet had also erroneously said that the country’s 2038 coal exit was recommended by experts and environmental groups in an interview in July 2021. Their recommendation had, in fact, been to phase out coal in 2030.

Laschet was either lying or misinformed, said Martin Kaiser, head of Greenpeace Germany, in response, adding that either was “undignified” for a chancellor candidate.

Nonetheless, their emphasis on good relations with France is arguably the biggest commonality Laschet and Scholz share. While Laschet is the current German-French cultural representative, Scholz held the post from 2015 to 2018.

Both frontrunners in the race to replace Merkel have repeatedly emphasised their good relations with France and President Emmanuel Macron.

“Franco-German cooperation is and remains crucial to Europe’s success,” said Merkel in 2017. It is an attitude that her potential successors seem to have taken to heart.