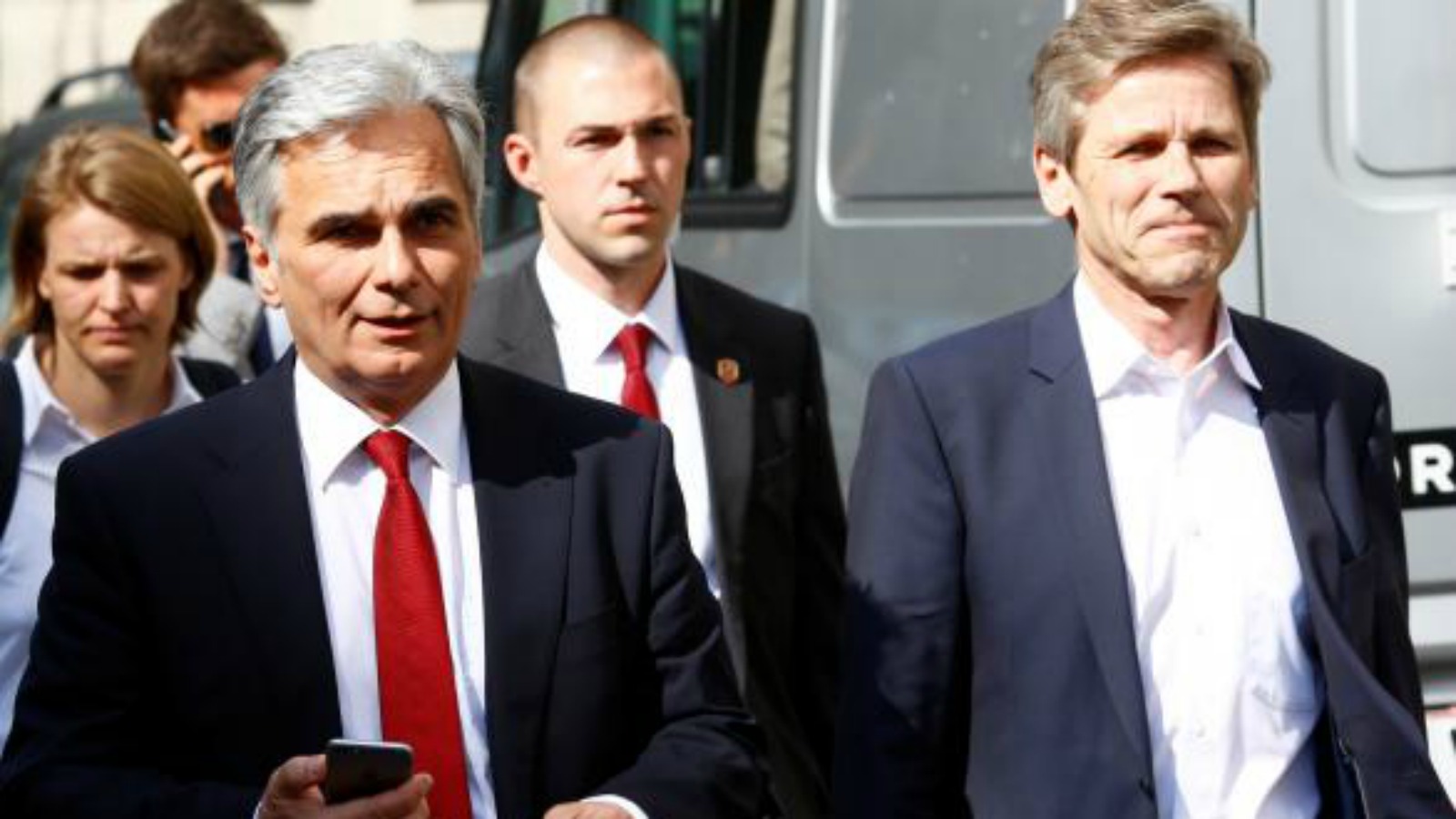 Austria’s centre-left began today (10 May) the tricky search for a new chancellor, as speculation grew that it might take the high-stakes gamble of dropping opposition to a tie-up with the surging far-right.

Werner Faymann, 56, who quit on Monday (9 May) as chancellor and leader of the centre-left Social Democrats (SPÖ), was strictly against any cooperation with the anti-immigration Freedom Party (FPÖ).

Austrian Chancellor Werner Faymann today (9 May) stepped down as leader of the centrist coalition government and as head of his Social Democratic Party (SPO), two weeks after the SPO suffered a disastrous result in presidential elections.

But with Faymann gone and the SPÖ and their coalition partners since 2008, the centre-right People’s Party (ÖVP), trailing in the polls the taboo may be broken, experts said.

“It’s not going to happen overnight, but the party has to agree a common position on the main issue facing it: how to deal with the FPÖ,” Karin Cvrtila from the OGM polling institute told AFP.

“It would be smart not to shut out the FPÖ,” Cvrtila said. “It needs to leave open the option of working with someone else because right now combining with the ÖVP won’t be enough.”

Such a move has been backed by party grandee and former chancellor Franz Vranitzky, among others. The two parties are already in coalition in the eastern region of Burgenland and elsewhere at local level.

Political analyst Anton Pelinka from Innsbruck University said, however, that flirting with the FPÖ could be “very dangerous”, potentially tearing the party apart and driving voters towards the Greens.

History also serves as a warning. When in 2000, the OeVP formed a government with the FPÖ under the late Jörg Haider, the result was Austria being ostracised in Europe (see background).

The two centrist parties have dominated Austrian politics since World War II but the writing has long been on the wall, only just managing to scratch together a majority at the last elections in 2013.

Like elsewhere in Europe, they have been bleeding support to fringe groups, in particular to the anti-immigration FPÖ after almost a million migrants passed through Austria last year.

Also hitting support has been rising unemployment – Austria no longer has the lowest job rate in the European Union – and the coalition’s inability to agree reforms.

Ahead of the next general election due in 2018, the FPÖ is leading opinion polls with more than 30 percent of the vote, with the SPÖ and the ÖVP scoring under 50% between them.

Two weeks ago, in a severe blow to Faymann, candidates from the two centrist parties were knocked out of the first round of elections for the largely ceremonial post of president.

Scoring a dismal 11% of the vote each, it meant that for the first time since 1945, Austria will not have a head of state from either of these two parties.

Instead the 22 May runoff is between the FPÖ’s Norbert Hofer, 45, who presents a friendly and moderate FPÖ face, and Alexander van der Bellen, 72, a professorial former head of the Greens.

Much will depend much on who will succeed Faymann.

Ahead of a 25 June party congress, SPÖ bosses are due to decide at a meeting on 17 May but the Austria Press Agency reported that a preliminary decision could come as soon as Friday.

This would also go down well with the ÖVP, which wants the coalition to show a renewed focus on economic reforms and no change to Austria’s new hardline migrants policy.

But at the same time, this could rankle with the leftist wing of the SPÖ, particularly if the new leader decides the party should embrace FPÖ of Heinz-Christian Strache.