If a government cannot be formed with the SPÖ or the Greens, the far-right party might reassess the situation. However, a minority government with the ÖVP is not something the FPÖ would support, according to Hofer. [Christian Bruna/ epa]

Sebastian Kurz, Austria’s conservative Chancellor who was re-elected on 30 September after being ousted in May, has been meeting with potential coalition partners. With the Austrian Freedom Party preferring to join the opposition and the social democrats still hesitant, the Greens may become a new partner. EURACTIV Germany reports.

Kurz’s ÖVP party has already met with leaders of Austria’s socialist party (SPÖ), as well as with the Freedom Party (FPÖ). Kurz and his party are meeting the Greens on Wednesday (9 October), after which more details on the government’s formation will be made public.

The talks will allow the parties to test the waters and explore which alliance would make the most sense to start concrete coalition negotiations.

After meeting with Kurz, SPÖ leader Pamela Rendi-Wagner said the talks were professional but did not address details or the red lines. The social democrat added that she had not yet received an invitation for a follow-up meeting.

FPÖ leader Norbert Hofer confirmed his party’s earlier statements, that his party does not consider the election results to have given Kurz a mandate to govern. He also said FPÖ would be joining the opposition.

If it turns out that a government cannot be formed with the SPÖ or the Greens, the far-right party might reassess the situation. However, a minority government with Kurz’s ÖVP is not something the FPÖ would support, according to Hofer. 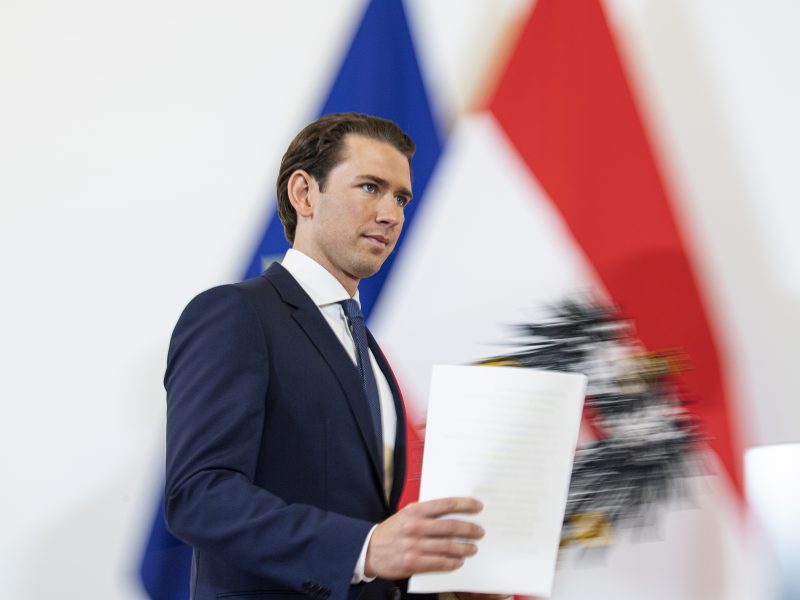 Austria's Kurz does not oppose coalition with far-right

Austria’s former Chancellor Sebastian Kurz and leader of the conservative party is not excluding the idea of re-establishing a coalition with the country’s far right, he said in an interview with the Austrian public broadcaster ORF. EURACTIV Germany reports.

The ÖVP has three options to form a government.

First, the conservative party could build a large coalition with the social democrats (SPÖ). But it could also revisit an alliance with the far-right FPÖ, even though this had failed prematurely last spring. Or it could cooperate with the Greens for the first time.

So far, the SPÖ has not been given many chances to form an alliance. Besides differences in content, the personal relationship between party leaders is considered tense. Since the social democratic party obtained record-low results in the legislative elections in September, it is now seeking to reposition itself.

An alliance with the Greens appears more probably. Although the parties are far apart when it comes to content, such a pact would appeal because it is something ‘new’. According to political scientists, however, the parties should be able to agree on key projects such as the ecological tax reform.

Should negotiations with the Greens fail, Kurz could still form a coalition with the FPÖ once again. Such an alliance would be easy to set up when it comes to content but given the political turmoil between the parties, the Ibiza scandal and embezzlement allegations against former party leader Heinz-Christian Strache (FPÖ), it is considered risky.