Austria’s most infamous son, Adolf Hitler, is rarely mentioned in his home country. So it came as a shock to many when presidential candidate Alexander Van der Bellen reached into a folder during a recent live TV debate and produced a photo montage including two images of the Führer.

The former Greens leader was complaining about a Facebook post in which a campaign picture of him walking his dog had been juxtaposed with photographs of Hitler and his German shepherd dog at the Nazi leader’s mountain retreat.

“Do you find that in order?” Van der Bellen demanded of his opponent, Norbert Hofer of the right-wing Freedom Party (FPÖ), naming an FPÖ official as one of the people who had shared the image online.

Hofer, who in the 20 November debate described the post as “dreadful”, has protested at the daubing of his own campaign posters with swastikas and Hitler-style moustaches.

Austria’s Jewish community recommended yesterday (29 November) that voters back an independent candidate at Sunday’s election that could produce the first far-right president in the European Union – the first time it has ever declared an endorsement.

It was the latest uncomfortable moment in a long, tortuous campaign for Sunday’s election in which Hofer, who despite his anti-immigration platform disputes the label ‘far-right’, says he has drawn encouragement from Donald Trump’s presidential victory in the United States.

Against the background of the migration crisis, the contest will be watched across Europe as a barometer of anti-establishment sentiment and a test of support for populist right-wing politicians, following Britain’s Brexit vote in June and ahead of elections in the Netherlands, France and Germany next year.

Some historians see the use of Hitler’s image to slur both candidates as another sign that Austria, annexed by Germany in the ‘Anschluss’ of 1938, has yet to come to terms with its own Nazi past. That stands in contrast with the sense of collective guilt every German has grown up with since World War Two.

“It’s only since the second half of the 1980s that Austria’s responsibility has become a topic of discussion,” said Hannes Leidinger, a history professor at Vienna University.

Austria long presented itself as the first victim of the Nazis, a narrative initially supported by the Allies even though large parts of Austrian society celebrated the Anschluss and many took on roles in the Nazi war effort and the Holocaust. 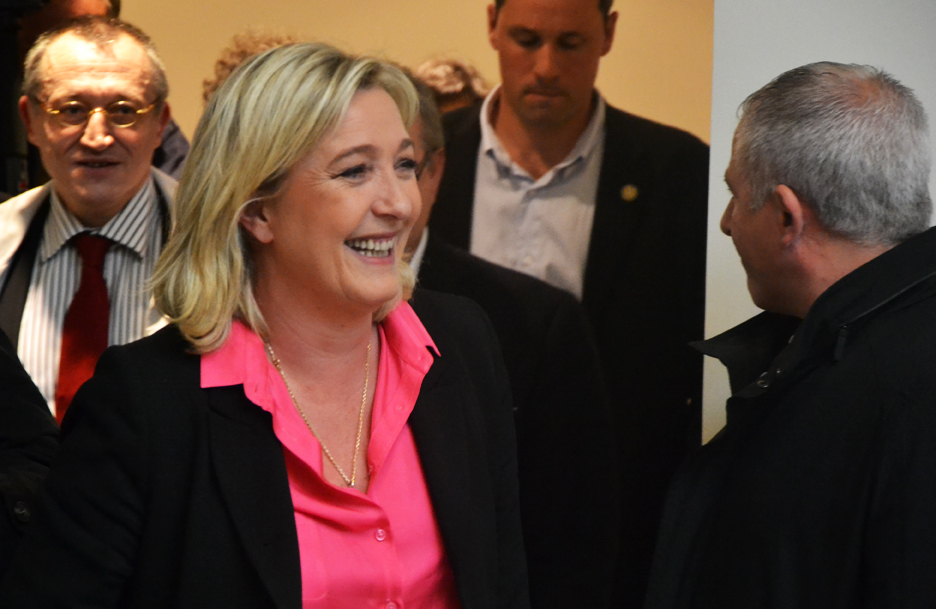 Nearly half of Austrian voters ended up voting for far-right presidential candidate Norbert Hofer, showing that European right-wing populism’s time in the sun is far from over.  EURACTIV’s partner Der Tagesspiegel reports.

The so-called ‘victim myth’ only began to crumble in the 1980s when an international scandal unfolded around Kurt Waldheim, who played down his past as an army intelligence lieutenant attached to Germany military units and became United Nations Secretary-General and president of Austria.

The process is still going on. Until 2013, visitors to an Austrian exhibition in Auschwitz, the Nazis’ most notorious death camp, could see a display reading “Austria – First Victim of National Socialism”. Austria is still updating the exhibit.

Echoes of the past

At a seminar last week next to picturesque Lake Ossiach near Austria’s border with Slovenia, schoolteachers discussed ways to make Austria’s past more accessible to teenagers.

“I was aggrieved when I saw that Waldheim is not an issue anymore for my students. This was so important for my own political socialisation, the break with the victim myth. Pupils are simply not interested in this,” said one teacher, 50-year-old Barbara Rossi.

The far right is ahead in Austria’s presidential race, according to opinion polls which predict a win for the anti-immigration candidate that would be a watershed for populists across Europe who have capitalised on the migration crisis.

Bernhard Glitschtaler, 29, a nose-pierced author of several books on Nazi crimes in the province of Carinthia, said he tried several times to set up a memorial for victims of the Third Reich in his native valley, but was rebuffed by other locals.

“The families of the victims and the perpetrators still know each other, they work together,” he said.

“It’s hard to imagine that state of mind, where the descendants of the victims still feel shame about their ancestors’ deaths, as well as fear of the consequences if their names are mentioned on a monument.”

Werner Dreier, the director of the government-financed Nazi-era remembrance platform Erinnern.at, which has offered advice on how to teach the Holocaust since the early 2000s, says the idea that broader Austrian society carried responsibility has made a “hesitant” entry in school books in recent years.

Austria’s far-right Freedom Party (FPO) kicked off its campaign for president on Wednesday (24 August) with the slogan “Power needs control”, seeking to get its candidate Norbert Hofer elected on a promise of toughness after concerns over Europe’s migrant crisis.

From post-war curricula, which apportioned the blame to military leaders, to the 1990s, when victims’ narratives were the focus, Dreier said the country had come a long way to include the perspective that many civilians helped the Nazis.

Gudrun Blohberger, who heads the pedagogical centre at Austria’s Mauthausen concentration camp site, says tours for schoolchildren started to be redesigned around 2007 but the lessons are not yet fully anchored in society.

“Specifically that you don’t just talk about the past, but that you carry the insights that you can gain from the past into your own thinking and your actions,” she said. “This is something we should work on very hard.”

Most of those taking part in the seminar said it would be wrong to draw simple comparisons between today’s parties like the FPÖ, which criticise Islam and immigration, and right-wing populists in the 1930s.

But some called on teachers to carefully tease out some broad parallels between those times and the present, not only in Austria but also in France or the United States.

“This is about recognising and explaining the overall character of exclusion,” Austrian political scientist and nationalism expert Anton Pelinka said. There was a need, he added, to exert pressure “against hysteria and the construction of fear”.

One 33-year old teacher, who preferred to remain anonymous, said he tried to draw lessons not only from Austria’s Nazi past but also from other periods like the Balkan wars of the 1990s. Such examples could resonate more strongly with his students, many of whose families have migrated to Austria.

“You find everything from Islamic State sympathisers to far-right extremists in my classes,” he said. Such students, he added, are worried about jobs and feel largely excluded from politics.

“I try not to use the Nazi era too much,” he said. “I try to draw abstractions from history: people offering simple enemies, simple answers.”