Starzyk was a diplomat appointed by governing party PiS (Law and Justice Party), but distanced himself from the party’s attempts to block Donald Tusk’s second candidacy for the European Council’s top job. Last March Poland’s right-wing government suffered a setback in its effort to prevent the reappointment of the former Polish premier for a second 30-months term as Council President.

The outgoing ambassador reportedly could not hide his bewilderment at the conservative government’s decision to field MEP Jacek Saryusz-Wolski as a rival candidate against Tusk for the Council top job. Saryusz-Wolski is now one of the names being mulled to replace Starzyk. 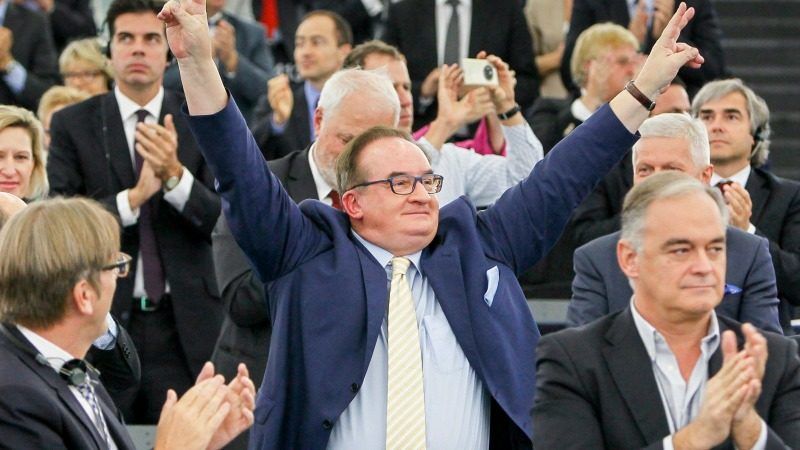 Starzyk was closer to Konrad Szymański, Poland’s former minister for European affairs, than to current Foreign Minister Witold Waszczykowski. His career ended abruptly when information came to light that he had worked for the former communist state security service.

According to the news portal Onet.pl, Starzyk was recruited by the Communist military forces in the late 1980s and had reportedly concealed this information in his statement under the lustration legislation, under which people in 53 categories, including diplomats, must state whether they worked for the communist secret services.

Starzyk is a former ambassador to Switzerland. Last year, Foreign Minister Waszczykowski decided to appoint him as Permanent Representative to the EU in Brussels, a position considered the most important Polish diplomatic post. Here, he replaced Marek Prawda, an experienced diplomat with a good reputation among EU officials.

His nomination was accepted in Brussels with considerable relief, as he was by far the best of the candidates considered for the job. In fact, his work in Brussels confirmed the expectations that he would be a rather moderate ambassador under the PiS leadership. He was reputed for the restrained and professional way in which represented Warsaw’s position, even if in some cases he probably disagreed with it.

The main problem is that Poland’s positions were drawn up in Warsaw and – contrary to the model of diplomacy in many other EU countries – apparently without any significant contribution from Starzyk. This certainly tied his hands in Brussels, as he learned about many decisions after they had been taken. Just last spring, he reportedly issued advice to Poland’s Ministry of Interior to “remove the burden” from Warsaw-Brussels relations by initiating a dialogue with the European Commission on the Constitutional Court row. This move only made his situation with his home authorities more difficult.

Poland’s foreign ministry on Thursday (22 December) dismissed the EU’s latest warning that changes to the country’s constitutional court pose a serious challenge to the rule of law.

Poland’s policymaking on the European arena has isolated its diplomats, and Starzyk was its biggest victim. Officials in Brussels have joked that during diplomatic backroom talks (e.g. in breaks during ambassadors’ meetings), a lonely Starzyk stalked the corridors, attempting to catch wind of what other ambassadors standing together in smaller groups were saying about Poland. He wasn’t invited to join.

Where to find Timmermanns’ phone number?

Reportedly, Starzyk was also on hostile ground in the Polish Permanent Representation. When Prime Minister Beata Szydło asked him to set up a phone call with Commission First Viece-President Frans Timmermans, in charge of the rule-of-law procedure against Poland, he didn’t have his telephone number. In fact, some of the diplomats who worked under his predecessor had the contact details, but a highly distrustful Starzyk did not even try to ask them for help.

Starzyk as an employer had no good reputation among his subordinates. His stubborn (and successful) appeals towards the Polish foreign ministry for more money for a larger ambassador’s residence, actions he also made during his previous post in Switzerland, were the subject of much gossip.