File photo. Belgian Foreign and Defense Minister Didier Reynders during their visit to Tapa Army Base to meet members of the Belgian Defense Force in Tapa, Estonia, 2 April 2019. [Tom Kalnins/EPA/EFE]

The king “entrusted them with a fact-finding mission aimed at identifying the challenges our country faces, and the possibilities and conditions needed in order to form a federal government,” the palace said in a statement.

The pair, who represent the French-speaking south and the Dutch-speaking north, will be in contact with the negotiating officials in the various regions and communities, it said.

While extremely limited, the role of the Belgian monarch is to serve as a facilitator to build a ruling coalition, often a complicated task with the country’s two main communities.

The far-right Vlaams Belang came in a surprise second in Dutch-speaking Flanders in federal and regional elections on Sunday, behind the nationalist but more mainstream N-VA party. 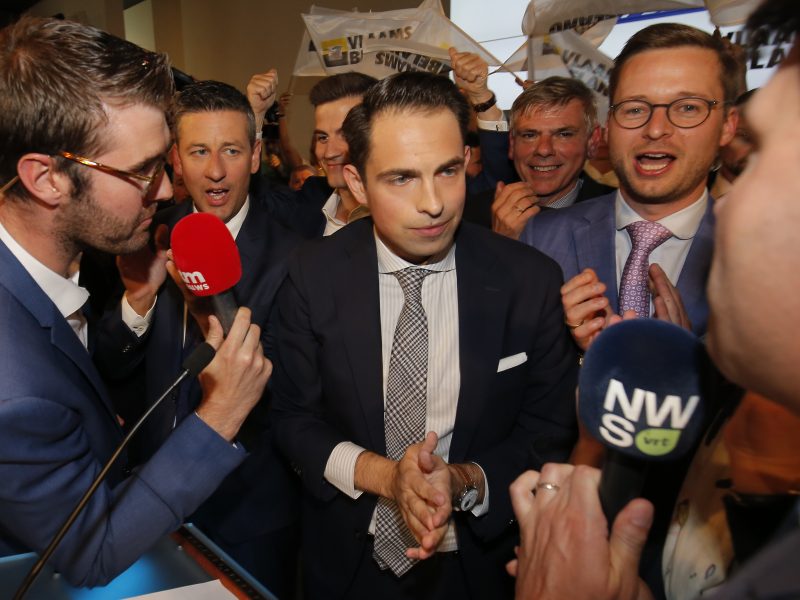 In the European Parliament, the party is allied with Marine Le Pen’s National Rally party, which came out on top in France in EU elections on Sunday.

With Socialists and Greens the victors in the French-speaking Wallonia region and Brussels, Belgium faces difficult negotiations to form a government.

The royal palace said Reynders and Vande Lanotte will brief the king on June 6 about what kind of progress they are making.

Philippe of Belgium has already consulted various party leaders about prospects for a new coalition and asked outgoing Prime Minister Charles Michel to manage affairs for the time being.