By Sam Morgan | EURACTIV.com with ItaliaOggi

Could the deadlock at last month's Italian elections be replicated in next May's pan-EU poll? [EPA/CLAUDIO PERI]

Although the polls are still too narrow to declare a probable winner, one of the outcomes of next month’s Italian elections could be a coalition of Berlusconi’s Forza Italia party and the far-right Northern League movement.

Should Forza Italia get the most votes, then it will be up to ‘il Cavaliere’ to decide who should be prime minister. Berlusconi has reiterated that his old friend and current Parliament chief Antonio Tajani remains one of his chosen options.

“Antonio Tajani is still ‘papabile’,” (a Catholic term for someone considered eligible to be the next Pope) Berlusconi told radio programme CorriereLive earlier this week.

The Brief – Berlusconi: A kingmaker in Brussels

Former Italian PM Silvio Berlusconi received a royal treatment in Brussels this week, although few people noticed. They should have paid more attention because il Cavaliere will probably end up deciding the political landscape of Italy later this year.

The billionaire media magnate also added that “if it were Tajani, there would be the chance of having an immediate strong impact in Europe” and he would “make Italy’s interests count in the EU”.

But he refused to be drawn on other names, saying: “I think it would be fair to say before the elections who will be our candidate”.

Tajani, a former European Commissioner and now Martin Schulz’s successor at the head of the Parliament, is “very well regarded”, according to Berlusconi.

Spectre of Dieselgate hangs over Tajani on eve of presidential election

Northern League leader Matteo Salvini insists that he would expect to be appointed prime minister if his party gets even one more vote than Forza Italia, an option than Berlusconi has downplayed, citing recent polls that put his party four points ahead of Salvini’s.

Forza Italia’s leader remains confident that his centre-right coalition will yield the required 40% margin needed to form a majority government, insisting he will rely on “the intelligence of Italians and the fact that many will change their mind or go out to vote after abstaining”.

Berlusconi also quashed any idea that his party could do a deal with Matteo Renzi’s Democratic Party, saying “since it was the fault of the last four governments that brought us here, I do not think we could reconcile our manifesto with theirs”. 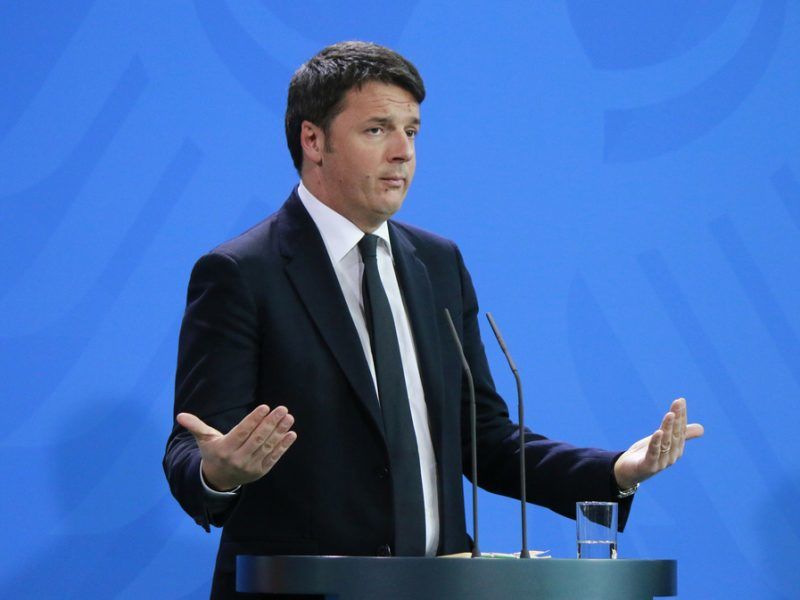 Former Italian Prime Minister Matteo Renzi is a divisive figure in his homeland. As elections loom just on the horizon and Renzi’s return to power far from guaranteed, EURACTIV’s partner Italia Oggi takes a look at why the Florentine splits opinion.

His party is more than likely set to team up with the Northern League and the Brothers of Italy. Berlusconi defended his potential coalition partner on Thursday (22 February), insisting that he is “not at all an extremist”.

But if the coalition does garner enough votes, then the three parties will have to reconcile themselves on a number of issues, including membership of the euro and who will actually be in charge after the election.