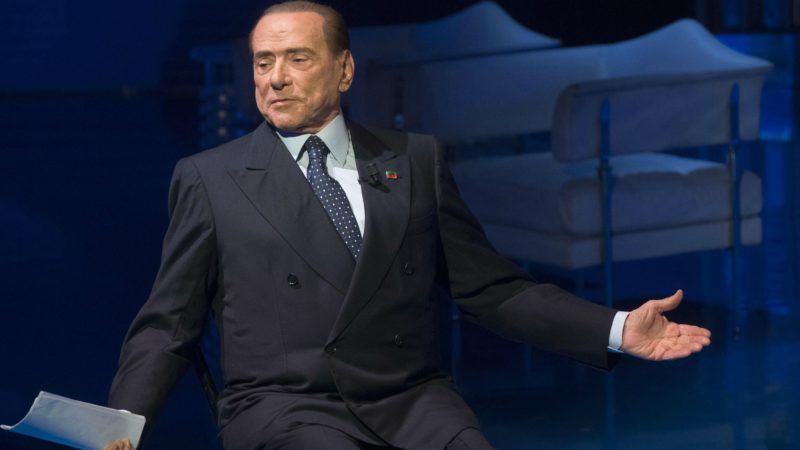 Italy’s scandal-plagued former prime minister Silvio Berlusconi today (22 November) takes his comeback bid to the European Court of Human Rights in Strasbourg, asking it to weigh in on his ban from holding elected office.

Ahead of a general election set for the spring, the four-time premier is hoping the court will rule against the six-year ban imposed over his 2012 conviction for tax fraud.

But although 17 judges will begin examining his case this week, their ruling may not come in time for the election.

The defiant politician has assured he will play a role regardless.

“I will be on the pitch, as captain or coach,” he said last week, using the sort of football jargon that won him support during his rise to power in 1994.

He is not expected to attend Wednesday’s hearing in the French city of Strasbourg, instead being represented by an eight-strong legal team led by Niccolo Ghedini, a member of his centre-right Forza Italia party.

The court’s rulings are binding on countries that have ratified the European Convention of Human Rights, including Italy.

Besides winning the right to run again for office the billionaire tycoon is hoping to be reinstated as a senator, four years after the Senate kicked him out and stopped his salary, also over his fraud conviction.

His legal team argues the stripping of his Senate membership violates “his right to fulfil his mandate”.

They say the ban on him holding office is further punishment for the 81-year-old politician who carried out ten-and-a-half months of community service for his crimes.

The Italian government rejects the accusation, noting that the exclusion automatically applies to anyone sentenced to two or more years in prison.

Berlusconi was sentenced to four years in prison, which was commuted to four hours of work a week in a home caring for elderly patients with Alzheimer’s Disease.

Any salary payments he recoups from the Senate will go toward the home, the Correire della Sera newspaper reported.

Berlusconi was found guilty of tax fraud in connection with the purchase of TV rights by his firm Mediaset.

Under an amnesty measure, his sentence was reduced to one year but he avoided prison because of his age.

The politician notorious for his ‘Bunga Bunga’ sex parties and off-colour gaffes has been written off as a political force several times only to bounce back.

Dubbed “the immortal”, he made a resounding return to the centre stage earlier this month when a right-wing coalition he helped put together won elections in Sicily.

“He incarnates, as ever, both the system and ‘anti-system’, the moderate and extremist wings, and manages to hold it all together,” said Marco Damilano, the editor-in-chief of l’Espresso magazine.