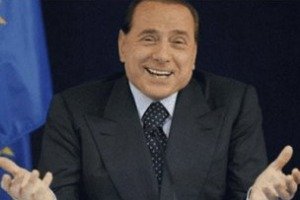 Silvio Berlusconi withdrew as candidate for Italy's prime ministerial post on Monday (7 January) as the price of a pact with the devolutionist Northern League, marking the latest twist in the election campaign in the eurozone's third biggest economy.

Berlusconi has been striving for weeks to seal the deal with his estranged former allies to strengthen the centre-right bloc, under a strategy to stymie the centre-left government that is expected to emerge from the election on 24-25 February.

The League had previously refused a pact because of rank-and-file opposition to the scandal-plagued Berlusconi being candidate for prime minister.

The media magnate was driven from office a year ago at the height of Italy's economic crisis after he was charged with having sex with an under-age prostitute.

League leader Roberto Maroni confirmed the coalition pact, telling a news conference it "says explicitly that the candidate for prime minister will not be Silvio Berlusconi".

"Silvio Berlusconi accepted the request not to stand as prime minister," he said.

Earlier, in an interview on the Italian radio station RTL, Berlusconi had left the issue of the premiership in a future centre-right government open. He said he would prefer to be the economy minister and that most likely Angelino Alfano, secretary of his People of Freedom (PDL) party, would be the prime ministerial candidate.

Berlusconi wanted the alliance with the League to increase his chance of winning enough seats in the upper house, or Senate, to make it hard for the next government to pass laws.

Maroni said he liked Alfano but the League's own candidate for premier would be Giulio Tremonti, who was economy minister in Berlusconi's last government.

The centre left, led by Pier Luigi Bersani, has been ahead in opinion polls for months. The latest survey, published on Sunday, suggested it would win between 38 and 39%.

A PDL-League alliance could pull in about 28% of the vote, with a centrist alliance under outgoing premier Mario Monti on 14-15%, the poll indicated.

>> Read: Berlusconi surges in polls ahead of February election

Bersani said the deal between Berlusconi and the League was fully expected but was also "disturbing," considering the damage that he said the alliance between the two parties had done to Italy over the last decade.

Under Italy's much-criticised electoral law, Bersani is expected to win a comfortable majority in the lower house.

The Italian elections on 24-25 February take place against a background of deep recession and rising unemployment in the eurozone's third largest economy.

Italy's centre-left coalition, led by Pier Luigi Bersani, has a comfortable lead in opinion polls but Silvio Berlusconi's own party is fast raising its share of the vote.