Big relief after Macron’s re-election but ‘third round’ ahead 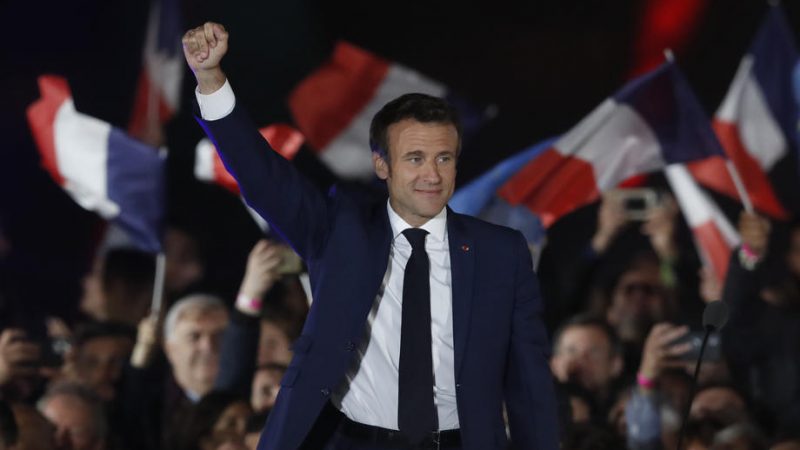 The decisive nature of his victory: 58.5% to 41.5% is a convincing win in anyone’s language and will also offer reassurance. But let’s not forget the jitters in Macron’s camp ahead of and just after the first round. [GUILLAUME HORCAJUELO/EPA]

French President Emmanuel Macron pledged to unite a deeply divided nation after winning re-election on Sunday (24 April) in a battle against rival Marine Le Pen that saw the far-right come its closest yet to taking power.

According to official results from the Interior Ministry, Centrist Macron won around 58.6% of the vote in the second-round run-off compared with Le Pen’s 41.4%.

There was a sense of relief shared by most parties last night as France learned the election results. Still, the occasion was not as festive as in 2017 for Macron’s supporters, who face many challenges given the fragmented political landscape that this last electoral exercise has left.

Despite the clear victory, the gap continues to narrow with France’s far-right, which gained support compared to 2017, when Le Pen received 33.9% of the vote.

This did not prevent many elected officials from all sides from sharing their satisfaction.

The Europhiles were also very pleased by the result. “It is reassuring to see a president who takes Europe to heart, as well as the Franco-German couple,” Jérôme Quéré, delegate general of the European Movement – France, told EURACTIV.

“This is excellent news for Europe, which will be able to continue to move forward and break its taboos”, said co-leader of the French, Renew delegation in the European Parliament, Valérie Hayer. “Our European friends were counting on us. Tonight we tell them that we will continue to transform Europe by their side”, she added.

While Macron received many congratulations from his European counterparts, he acknowledged his victory was not as self-evident as last time.

“Many of our compatriots voted for me, not to support the ideas I put forward, but to block the extreme right”, he told the crowd, thanking them and committing to address these divisions.

“Our challenge is to restore French unity. The nation is only happy when it is united”, Finance Minister, Bruno Le Maire, told journalists at Macron’s rally.

Turnout was also particularly low, with only about 72% of the French making an effort to cast a ballot. 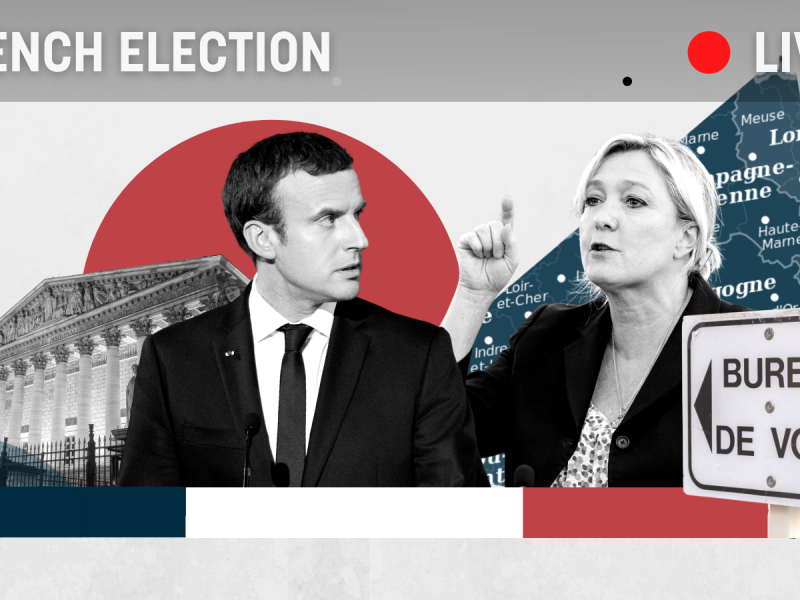 The French head to the polls on Sunday (April 24) to decide, once again, whether Emmanuel Macron or Marine Le Pen will lead the country for the next five years. Follow EURACTIV’s live coverage from Paris.

Not too far away from the Champ-de-Mars, where Macron’s supporters gathered, Le Pen celebrated her “resounding victory”. “The ideas we represent are reaching a peak”, she told her supporters, stressing that there was a “form of hope”.

The far-right leader obtained 41.45% of the votes (12 million votes), a score never reached before by the nationalist party. By comparison, Le Pen received the support of 10.6 million voters in 2017, while her father, Jean-Marie Le Pen, obtained 5.5 million votes in 2002.

“Between the rounds, we were the victim of a diabolisation campaign that dissuaded Mélenchon voters and abstainers from joining us,” argued Rassemblement national MEP Gilles Lebreton, adding that “the system”, once again, managed to block the way to Le Pen.

“Tonight is not the end of something. It is the beginning of a cycle”, emphasised Edwige Diaz, Le Pen’s spokesperson.

All eyes are now on what some call the “third round”: the legislative elections in June.

As of tomorrow, the party’s executives will meet to talk about strategy, EURACTIV has learned, the goal is to have “the largest number of MPs or at least a very large group in the Assembly,” as Lebreton told EURACTIV.

Taking over the National Assembly could indeed require a set of alliances between the parties. If, for Marine Le Pen, the most natural partner seems to be Eric Zemmour, the game is far from being won.

“We call to blow up this barrier that exists between patriots,” MEP Jerome Riviere from Zemmour’s party told EURACTIV while denouncing Marine Le Pen’s rallying strategy of “Everyone behind me.”

Asked if he was happy with the Le Pen’s score, whom he used to support, he said that he found “indecent” her comments on her “resounding victory”, considering that it remained a defeat and that it was another “missed opportunity”. 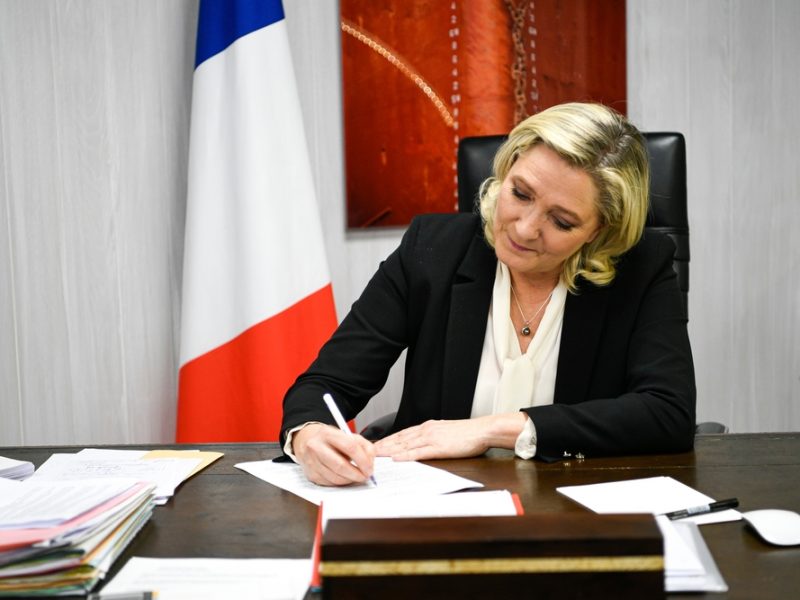 ‘Frexit’ may be off the menu offered by Marine Le Pen ahead of Sunday’s crucial presidential run-off against incumbent Emmanuel Macron but the threat of a seismic shift to France’s position in Europe looms large ahead of polling day.

Another disappointed candidate, this time from the first round, far-left leader Jean-Luc Mélenchon, has big plans. “Macron is the most badly elected president of the 5th republic”, he said to his supporters in an online address.

“I ask the French to elect me Prime Minister” by voting for a majority of candidates backing him in June, Mélenchon stated.

While the French cannot strictly speaking “elect” the Prime Minister, a majority of newly elected “Insoumis” deputies could leave no choice to Macron to choose Mélenchon, or someone else from his party, to lead the government. Such a power-sharing in France is known as “cohabitation”.

Leftist MEP Leïla Chaibi told EURACTIV that she is “appealing to those who do not feel represented […] to take their revenge” in June.

“As in sports competitions, it is never good to make the scoresheet for the final when you are still in the quarter-finals,” replied Macron through the media. “When you confuse agendas, you rarely make good decisions,” he added.

In the meantime, Macron must now work on his new government – he officially has until 13 May to name a new Prime minister. All indications are that Jean Castex will not be reappointed. 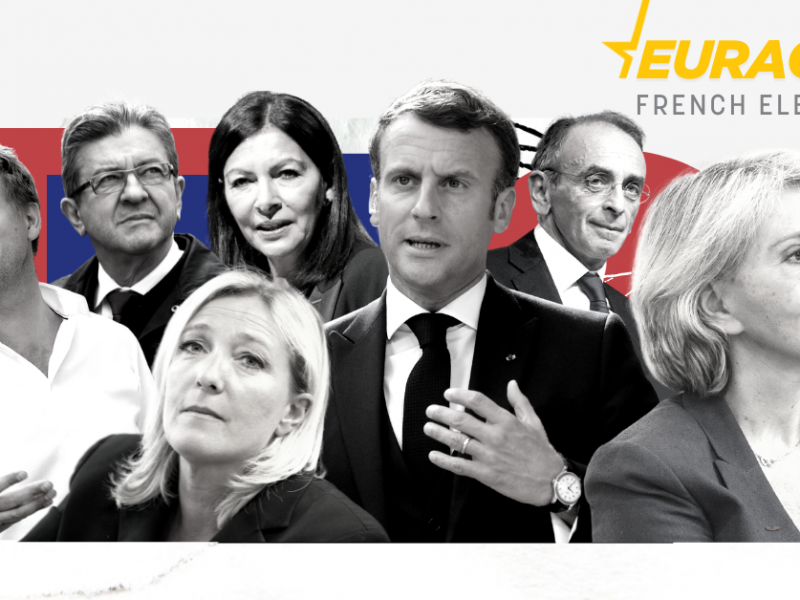