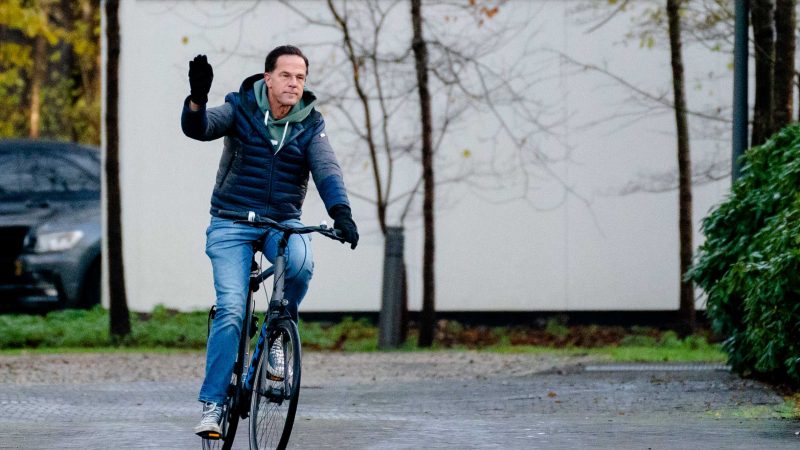 The liberal leader, 54, has sought to project an image of normality, stability and frugality during his time in office, particularly during the coronavirus pandemic.

Critics however dub him “Teflon” Mark for his ability to dodge scandals, while in Europe he’s known as “Mr No” for his opposition to spending.

Opinion polls suggest that Rutte and his liberal VVD (People’s Party for Freedom and Democracy) are on course to head another coalition government.

“He rides on a bicycle. This is a portrait of a normal guy… a leader of a ‘People’s Party’,” political analyst Andre Krouwel of Vrije Universiteit Amsterdam told AFP.

“He’s not coming in a big limousine or an expensive car with a driver opening doors. He doesn’t need it.”

“In the Netherlands you don’t need to show power through all these kinds of symbols of wealth. People like this kind of humility.”

A former human resources manager with Anglo-Dutch consumer giant Unilever, Rutte went into politics with the liberal, pro-business VVD and rose to become party leader in 2006.

Rutte became prime minister in 2010 and has used his killer political instincts and affable personality to build three coalition governments, having also come first in elections in 2012 and 2017.

But opponents have accused him of a lack of vision and of poaching their most popular policies.

“We call him the ‘Teflon’ prime minister,” Jesse Klaver, leader of the GroenLinks (Green-Left) party, told AFP. “He doesn’t have an idea of his own, he can go with the flow.

“I think he’s a great political talent, but he uses his talent to stay in power himself instead of doing the best for the country and the European Union.”

Within the EU, Rutte is a divisive figure, especially among southern European countries. His insistence on frugality angered them during the 2010s eurozone debt crisis and last year’s talks on a coronavirus rescue fund for the bloc.

Under his watch, the Netherlands blocked the EU-Ukraine association agreement, several decisions on EU enlargement, and still blocks Bulgaria and Romania’s Schengen accession.

But the mud finally stuck on the Teflon premier this January. He and his government were forced to resign over a scandal in which thousands of parents — many from ethnic minority backgrounds — were falsely accused of childcare subsidy fraud.

In typical style, Rutte turned up on his bike for his resignation press conference, just as he does for the cabinet’s coronavirus crisis meetings.

Even more typically, he stayed on as caretaker prime minister until the elections as if nothing had changed.

Rutte himself is a self-described “man of habit and tradition”. He has lived his whole life in The Hague, where he lives in the same flat he bought after graduating, drives a second-hand Saab when not cycling, and volunteers as a teacher.

His bachelorhood sparked media speculation about his sexuality a few years ago but he has deflected questions, saying merely that he was “happy” with his life.

The youngest of seven children, his father Izaak was a trader, while his mother Mieke was the sister of Izaak’s first wife, who died in a Japanese internment camp in World War II.

Rutte initially wanted to be a concert pianist, before joining Unilever and then entering politics.

His public image was summed up by his regular hairdresser, when asked what style the premier wanted when he recently received his first post-lockdown haircut.

“Mark doesn’t like change, he always wants the same thing,” Marco Rimmelzwaan, who has been cutting Rutte’s hair for the last 15 years, told Dutch media.