A late surge in support for the republican Sinn Fein party, once the voice of the IRA paramilitary group, also threatens to shake up the political landscape.

Varadkar’s Fine Gael party has led a minority government with the main opposition party, Fianna Fail, since the 2016 election.

Just a few months after that, Britain voted to leave the European Union – and Brexit has dominated Irish politics since.

Britain’s exit on January 31, under the terms of a last-minute EU divorce deal, eased immediate fears of a damaging split between London and the bloc, which includes Ireland.

It set up a transition period during which trade ties continue, and maintained Ireland’s open border with Northern Ireland, which suffered decades of violence over British control.

Varadkar won plaudits for his role in securing the agreement, but has warned of more uncertainty to come, as Britain seeks a longer-lasting trade deal with the EU by December.

And he has presented himself as the man to deliver on the next stage.

“A failure to secure a trade deal would be a major threat and an existential threat to our economy in 2021,” he said last month. 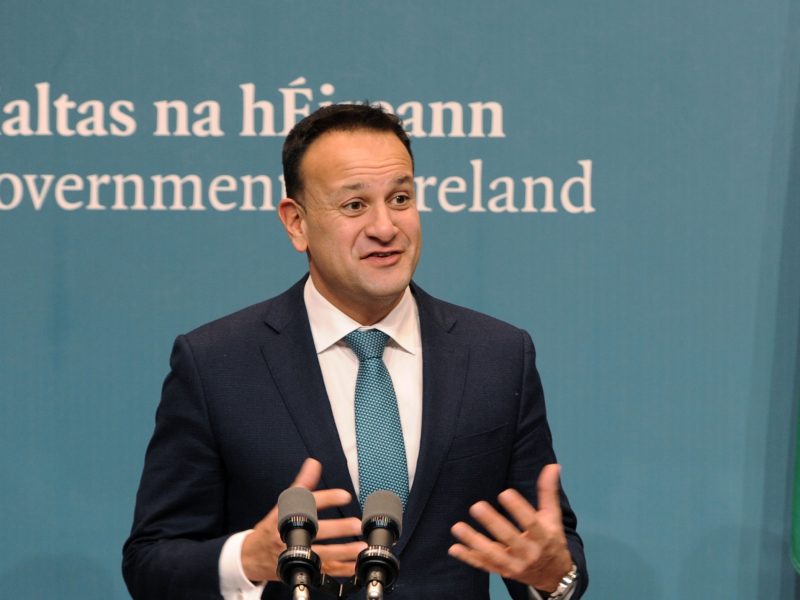 Both centre-right parties, Fianna Fail agreed to prop up Fine Gael during the uncertainty of Britain’s prolonged EU departure, but the former argues that it should now take the lead.

“The idea that Ireland cannot change its government because of Brexit is cynical and desperate in equal measure,” said Fianna Fail leader Micheal Martin.

Fianna Fail says the government’s efforts to shockproof the economy from Brexit need to “rapidly increase” in preparation for the risk that trade talks with Britain fail.

But there is little real differentiation between the parties, driving voter apathy.

“The approach to phase two of the Brexit talks – trade talks – is not going to be substantially different regardless of who wins this election,” said Jonathan Evershed, from University College Cork.

“I think basically people know that and there was very limited political capital in it for the Irish government,” he told AFP.

Fine Gael may yet be facing a bigger issue – domestic crises in health and housing.

“The housing crisis has been real and tangible and that has been an experience of young people in Ireland for a long time,” Evershed said.

“It seems to come as a bit of a surprise that this has become the issue in this election but I don’t think it ought to have.”

The Irish economy has recovered from the ruinous recession it suffered in 2008, and grew by 0.7% in the second quarter of 2019.

However, a housing shortage has pushed rent and property prices out of the reach of much of the middle class.

There were 9,731 homeless across Ireland over the Christmas week, according to charity Focus Ireland, out of a population of 4.9 million.

The issue came dramatically to the fore when a man living in a tent in Dublin was seriously injured when workmen attempted to remove it with heavy machinery.

Meanwhile, healthcare groups have warned of record overcrowding in hospitals.

Health, housing and the cost of living were ranked the most important issues among voters, according to a poll by The Times’ Ireland edition. Brexit came bottom.

As a result, Fine Gael seems to be slipping in the polls after nine years in power.

A Business Post/Red C survey published Sunday indicates the party on 21% of the vote – behind Fianna Fail and republican party Sinn Fein, on 24% each.

Sinn Fein has historically under-performed compared to opinion polling, but the survey reflects a change in the party in recent years.

Under new leader Mary Lou McDonald, it is distancing itself from its historic ties to the IRA, which played a leading role in Northern Ireland’s Troubles that left 3,500 dead.

The all-island party claims to present a left-wing challenge to Fianna Fail and Fine Gael, which have shared a duopoly on power in Ireland.

It is fielding 42 candidates in the election, and so will not be able to form a majority government even if all are elected.

But Sinn Fein, whose flagship policy is to unite Ireland with Northern Ireland, could still play a key role in any coalition government. 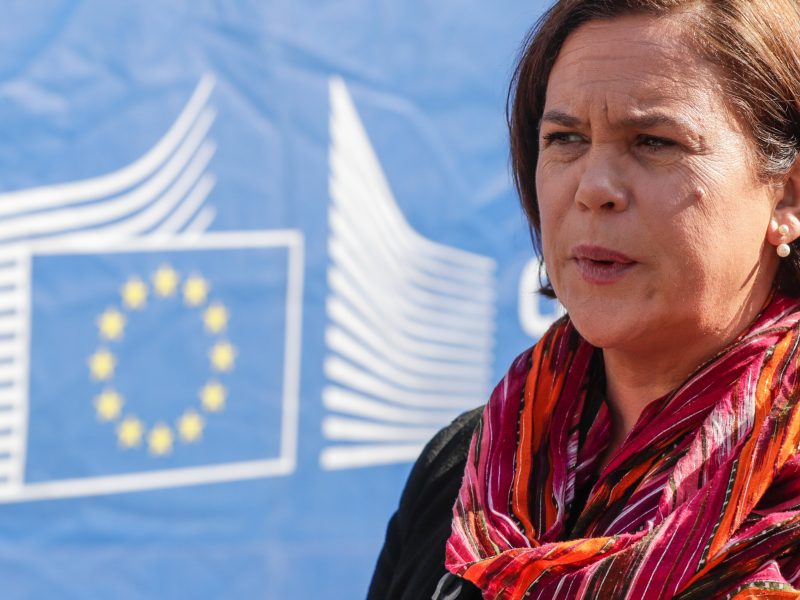