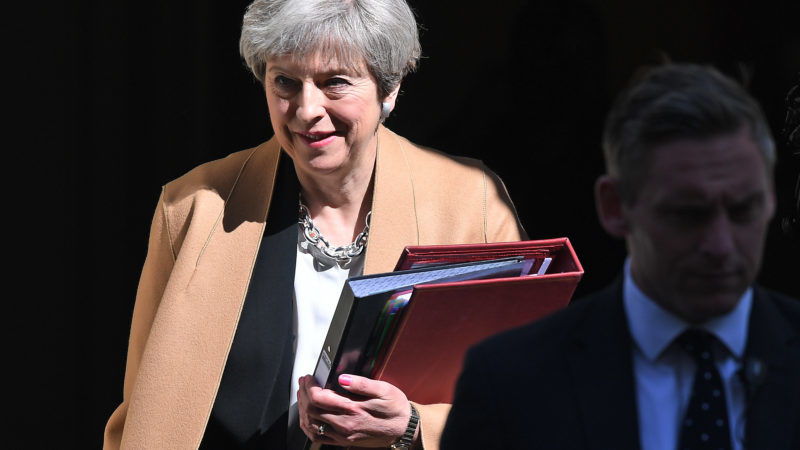 The House of Commons voted by 522 to 13 to hold a general election on 8 June – plunging Britain back into political uncertainty just weeks before the start of negotiations on leaving the European Union.

May stunned the country on Tuesday when she announced her plan for an early vote, despite having repeatedly said she would wait until the next election scheduled in 2020. 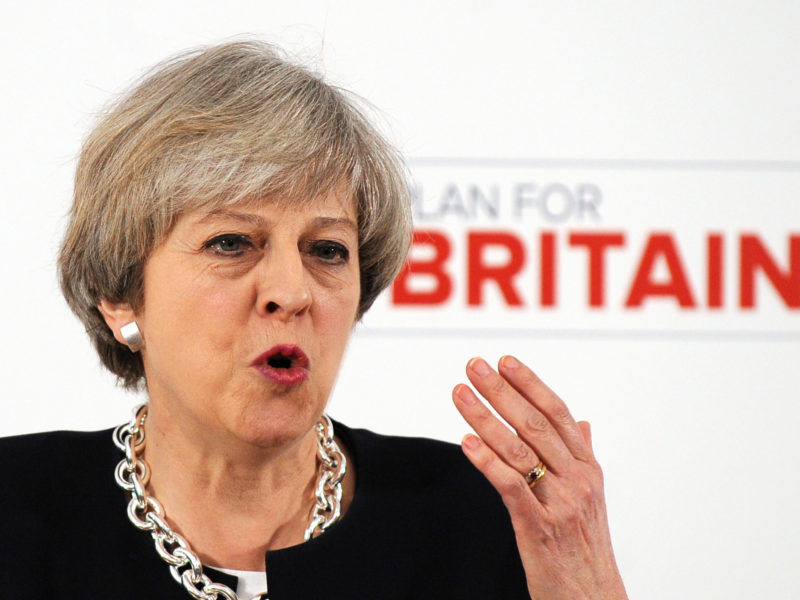 In fiery exchanges in the House of Commons on Wednesday, May said an early election would strengthen her hand against domestic critics seeking to “frustrate the process” of Brexit, which formally began last month.

“I will be asking the British people for a mandate to complete Brexit and to make a success of it,” the Conservative leader said, to cheers from her lawmakers sitting behind her.

Riding high in the opinion polls, May is seeking to increase her slim majority of 17 in the 650-seat Commons before the battles begin with the EU over Britain’s exit bill and future trade and immigration ties.

She insists an early election would provide “certainty and stability” in the negotiations, which will now start after the vote.

In a sign of the key campaign issues ahead, May traded barbs in the Commons with opposition Labour leader Jeremy Corbyn, whose party is deeply divided and languishing up to 20 points behind the Conservatives.

Corbyn accused the government of “broken promises” on health, education and the economy during its seven years in office.

May hit back that Labour offered only “bankruptcy and chaos”, but denied she was complacent, saying: “We will be out there fighting for every vote.”

British elections are fixed in law but can be changed with a two-thirds majority in the Commons – a threshold easily passed during Wednesday’s vote.

All sides are now gearing up for the fourth major election in four years, after last June’s shock referendum vote for Brexit, the 2015 general election, and the 2014 Scottish independence vote.

Brexit will dominate the campaign, with May – who took office after David Cameron resigned following the EU vote – seeking public backing for her plan to pull Britain out of Europe’s single market. 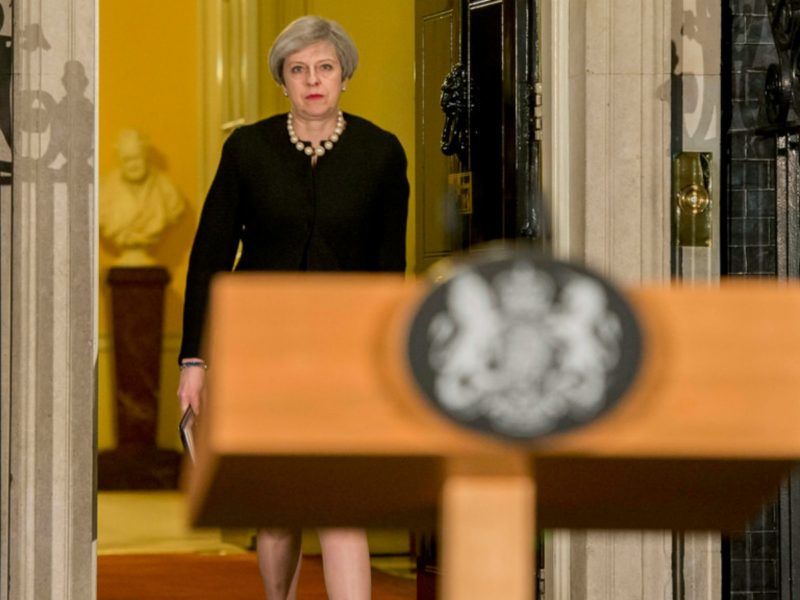 British Prime Minister Theresa May’s surprise call for a snap general election comes with the country facing a host of challenges – all closely bound up with the country’s exit from the European Union.

A European Commission spokesman said the “real political” negotiations on Brexit will start after the election.

Three weekend opinion polls put the Conservatives about 20 points ahead of Labour, and if translated into votes, this could give May an “election landslide” with a majority of more than 100, according to an analysis by The Times.

May, Britain’s second female prime minister, also has strong popular support for her handling of the political earthquake unleashed by Brexit.

By contrast Labour is wracked by divisions, over Brexit and Corbyn’s left-wing leadership, which is opposed by many of his more centrist MPs.

So far, Labour’s stance on Brexit has been to allow the government to go ahead with the EU divorce, but only under certain conditions, such as retaining strong economic ties with the bloc.

That approach risks satisfying neither its traditional working-class supporters, many of whom backed leaving the EU, or its urban, pro-European members – leaving many commentators predicting an electoral bloodbath.

Three Labour MPs have already announced they will not stand again. Former Conservative finance minister George Osborne, a powerful voice in favour of Britain’s EU membership during the referendum campaign, also said he would not seek re-election.

The smaller Liberal Democrats, who lost most of their seats in 2015 after entering coalition with the Conservatives, are hoping to capitalise on their strong support for the EU to win new support.

Meanwhile the Scottish National Party, which holds most of the seats in Scotland, is pushing its demands for a second referendum on independence in order to maintain close ties with the EU.

“Make no mistake, if the SNP wins this election in Scotland – and the Tories don’t – then Theresa May’s attempt to block our mandate to hold another referendum when the time is right, will crumble to dust,” SNP leader and Scottish First Minister Nicola Sturgeon said.

Like almost everyone else in Britain, the election announcement caught financial markets off guard, amid concerns of the economic implications of Brexit.

The pound rallied on speculation that May will be returned with a stronger mandate, but this caused London’s FTSE 100 index – which features many multinationals earning in dollars – to fall.