Budapest in ire as EU inspectors call at Orbán’s village 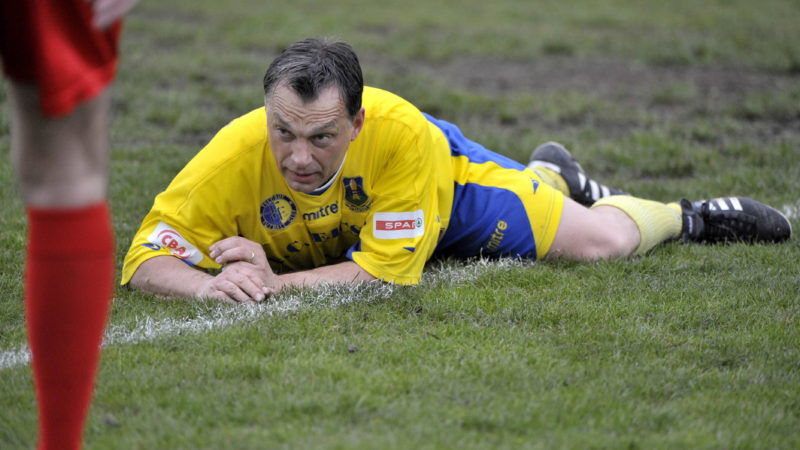 With an extravagant football stadium and an EU-funded narrow-gauge train famed for its lack of passengers, Hungarian Prime Minister Viktor Orbán’s home village of Felcsut makes for an offbeat tourist destination.

But less welcome visitors drop by on Tuesday in the form of European Parliament (EP) inspectors monitoring the use of EU funds by Budapest, which fiercely denies any wrongdoing.

The Brief: The secret weapon against rogue countries

At his first EU summit last week French President Emmanuel Macron signalled that there will be a change of attitude vis-à-vis the EU’s ‘rogue countries’.

In the latest spat between Brussels and Budapest, the delegation from the Budgetary Control Committee (CONT) wants to know how some 600 million forints (€1.9 million) of EU funding were apparently splurged on the little locomotive whose maiden journey took place in April last year.

“There’s not a lot to see,” admitted a ticket inspector who asked not to be named, peering out the window as sunflower and grass meadows pass by.

The pleasant but dull six-kilometre trip runs from Felcsut, where Orbán grew up and played for the local football team, to the neighbouring village and back to the Pancho Arena stadium named after legendary star Ferenc Puskas’s Spanish nickname.

The 54-year-old premier’s trim whitewashed peasant-style house is adjacent to the stadium, whose capacity of 3,800 is more than double Felcsut’s population.

“We’re hoping the prime minister invites us in for a coffee, he did it once before,” beamed Jozsef Kovacs, the mayor of Tapszentmiklos a town some 100 kilometres away.

“This is our tenth visit since the train began, we love coming here,” he told AFP last week as he led a group of ten from a minibus towards the bright-red diesel-engine and its two green carriages with handsome wood-lined interiors.

During their three-day trip, the CONT inspectors are also examining other EU-funded projects that have raised corruption concerns, including Budapest’s Metro 4 line.

The massive investment project, launched under the city’s previous socialist-liberal leadership, has already been nailed for corruption by the European Commission’s anti-fraud office.

Since Orbán came to power in 2010, Hungarian opposition parties have repeatedly accused his administration of wide-scale syphoning of EU funds and cronyism.

They also complain that chief prosecutor Peter Polt, who CONT will also meet, is too friendly with Orbán to tackle corruption.

Atlatszo also suspects that Budapest sent vastly-inflated projections of daily passenger numbers to Brussels and the site has taken the economy ministry to court to force it to reveal its justification of the project’s generous EU funding.

According to the website, an added whiff emanates from the train’s operator, a foundation run by Felcsut mayor Lorinc Meszaros.

Critics allege that the former gas fitter has become one of Hungary’s richest men, thanks to his close friendship with Orbán.

The inspectors’ visit to Felcsut has enraged Budapest, with Hungarian opposition parties already having accused the government of orchestrating huge sell-offs of state agricultural and shop concessions to cronies.

Orbán’s chief of staff Janos Lazar, in charge of the disbursement of EU funds since 2014, called the train’s inclusion on the CONT itinerary “outrageous”.

The “only crime” of the “unfortunate little village” of Felcsut is that the prime minister lives there, said Tamas Deutsch, an MEP from Orbán’s ruling Fidesz party.

Deutsch said CONT’s visit risked raising suspicions of “interference” by Brussels ahead of next year’s parliamentary election in Hungary.

But CONT’s head, German MEP Ingeborg Grassle, has insisted that the trip is “politically neutral”, saying the committee was only accountable to taxpayers.

Passengers on the Felcsut train are divided over its merits.

“What a waste of money,” Eva Takacs, a 54-year-old computer programmer from Budapest, grumbled to AFP.

“I’m not saying things like this are necessarily bad, but why does this get built when hospitals can’t afford to pay ambulance drivers?”

For kindergarten teacher Eniko Horvath, the train offers “a nice little bit of nostalgia, of romance.

“At least this is tangible, better than public money disappearing with nothing to show for it,” the 52-year-old said, enjoying the breeze from the open window.