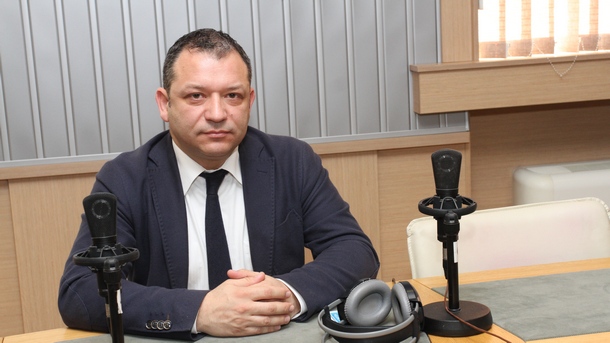 Dimitar Gardev, the candidate of the party ‘There is such a people’ for the post of Bulgaria’s new foreign minister, appears to have lied in his official CV about the position he had held as a European Parliament employee EURACTIV Bulgaria reported on Tuesday (7 December).

The revelation, which EURACTIV Bulgaria broke, is likely to disturb the coalition partners negotiating to form a new government following the 14 November election. However, it is difficult to predict if it could prevent Gardev from getting the job.

The decision will ultimately come from Slavi Trifonov, leader of ‘There is such a people’, who does not appear in public and keeps his cards close to his chest.

Bulgaria is forming a coalition government made up of four parties: the centrist ‘Change continues’, the centre-left Bulgarian Socialist Party (BSP), the anti-system ‘There is such a people’, and the centre-right ‘Democratic Bulgaria’.

The names of ministerial candidates became known on Monday, with the leader of ‘Change continues’ Kiril Petkov named as prime minister. Although the list is not official, none of the four coalition partners have disputed the leaks published in the media, which touted Gardev as the new foreign minister.

In his official CV, Gardev wrote that he had been a “counsellor in the AFET and SEDE committees”, the European Parliament’s committees on foreign affairs and security and defence, respectively. This appears to be the highest post Gardev has ever held, and the information has been carried by most Bulgarian media.

EURACTIV Bulgaria contacted the relevant services of the European Parliament, which said that the “European Parliament administration has no records of Mr Dimitar Gardev as a member of staff in its secretariat”.

Gardev’s employment with the Parliament actually included working as an assistant to a Bulgarian MEP, Elena Yoncheva, in her Sofia office.

Asked by EURACTIV to comment, Gardev said he had indeed worked as an assistant to Yoncheva, and in this capacity, he covered issues under the remit of AFET and SEDE committees which Yoncheva was a member  of. He said that the European Parliament had reviewed his work, and he had received a good assessment.

EURACTIV contacted Yoncheva, who confirmed that Gardev was her assistant in the Sofia office between 2019-2020 but said that his claim to have been an advisor for the two committees was not true.

The coveted post of foreign minister is particularly important at a time when Bulgaria must find a solution to its bilateral issues with North Macedonia, which would allow Skopje to start its EU accession talks.

Bulgarian President Rumen Radev has called on the political parties to nominate a “professional” for the job.