The United Patriots, which includes the anti-Semitic Ataka (“Attack”) party, stoked anti-immigration sentiment to come third in the elections while also railing against Muslims, Roma and gay people.

The tie-up of the fractious alliance with Borissov’s pro-EU centre-right GERB party, which came first in the elections, will give the coalition a majority of just two seats. 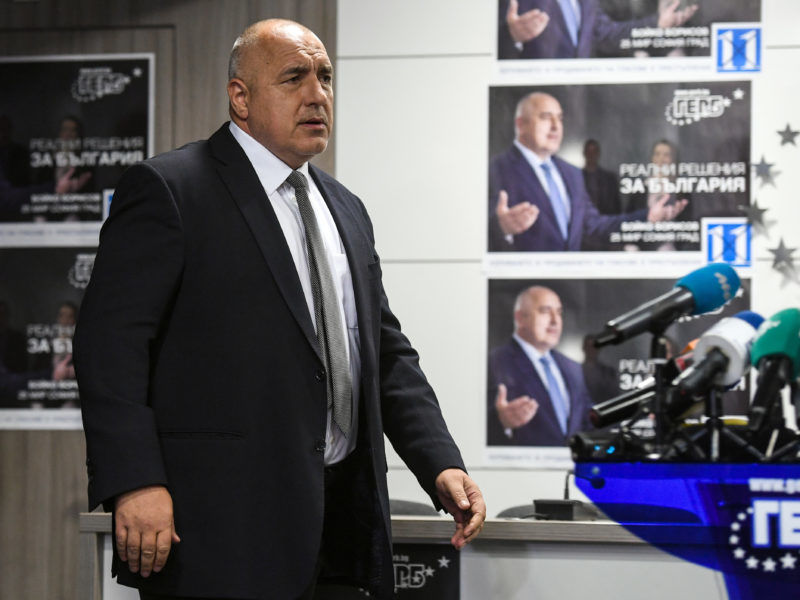 “If we have not agreed on a government platform with these people, we would have had to go for new elections in several months and end up in the same situation,” Borissov said yesterday (13 April) in a special address in parliament, flanked by the leaders of the United Patriots.

One of them, Valeri Simeonov added: “Despite the differences that we have, we are obliged in the interest of the Bulgarian people to form a common government as there are no other (coalition) options available.”

With Bulgaria and Russia enjoying close historical, cultural and economic ties, the ‘patriots’ campaigned on a platform of getting EU sanctions on Moscow lifted.

However, in its joint programme, the coalition commits Bulgaria to continued membership of the European Union and the NATO military alliance, and to curbing immigration.

The parties also pledged to boost the minimum salary in the EU’s poorest country from the current 460 leva (€230) to 650 leva within four years and to hike state pensions.

Former firefighter and bodyguard Borissov is set to return as prime minister but negotiations on the divvying up of ministerial positions will begin on Monday (17 April), he said.

He quit early both times, first in 2013 after mass protests and then last November after his candidate lost the presidential race to air force commander Rumen Radev, backed by the opposition Socialists (BSP).

The government will rely on loose backing from the new Volya party of businessman Veselin Mareshki, who likes to be called the Bulgarian Donald Trump, and which won 12 seats in the 240-seat parliament.

Parliament is expected to convene on 19 April and President Radev is due to hand out the first mandate for forming a government to GERB shortly after that.

Bulgaria needs to name a new Commissioner after Kristalina Georgieva last November resigned to take a job with the World Bank.

Bulgaria will hold the rotating presidency of the Council of the European Union from 1 January 2018.

One response to “Bulgarian ultra-nationalists set to enter government”