According to RN mayor Fabien Engelmann, the highlighting of this part of the programme is simply more visible today, as the media is talking about it more. [CHRISTOPHE PETIT TESSON/EPA]

With France’s regional and presidential elections already looming on the horizon, Marine Le Pen’s right-wing Rassemblement national (RN) seems to want to rework its roadmap. On the agenda: more ecology, but no more return to the franc.

Since her failure in the 2017 presidential elections, Le Pen has been working on her ‘presidentialism’, continuing her quest to win the Elysée.

“The de-demonising has been underway for several years. It is a constant process,” said Juliette Grange, professor of philosophy at the University of Tours, interviewed by EURACTIV France.

After the ascent to power of Emmanuel Macron and his République en Marche destabilised the political spectrum and the traditional right/left divide, the RN has been portraying itself as the main opposition party.

“Le Pen is trying to position herself by making counter-proposals to every major project of Emmanuel Macron,” Grange pointed out. And the voters, it seems, are paying attention.

An Ifop poll published at the start of April revealed that Le Pen would receive 28% of votes in the first round, ahead of Macron (24%). In October, the score was 24% for Le Pen against 23% for the current president.

Furthermore, Le Monde noted on Monday (5 April) that the RN has become the leading party in terms of popularity among 25-34-year-olds.

The regional elections on 13 and 20 June will be a litmus test for the sovereignist party.

“All elections are a springboard, the RN should win one or more regions to show what it is capable of,” said Fabien Engelmann, who has been the mayor of Hayange (Moselle) since 2014 and RN regional councillor for the Grand-Est region.

In his view, abandoning the idea of leaving the eurozone and the EU is a good thing.

“We can stay in the European Union, it is up to each national sovereignist party to send a maximum number of MEPs to Brussels to defend its vision,” he told EURACTIV. 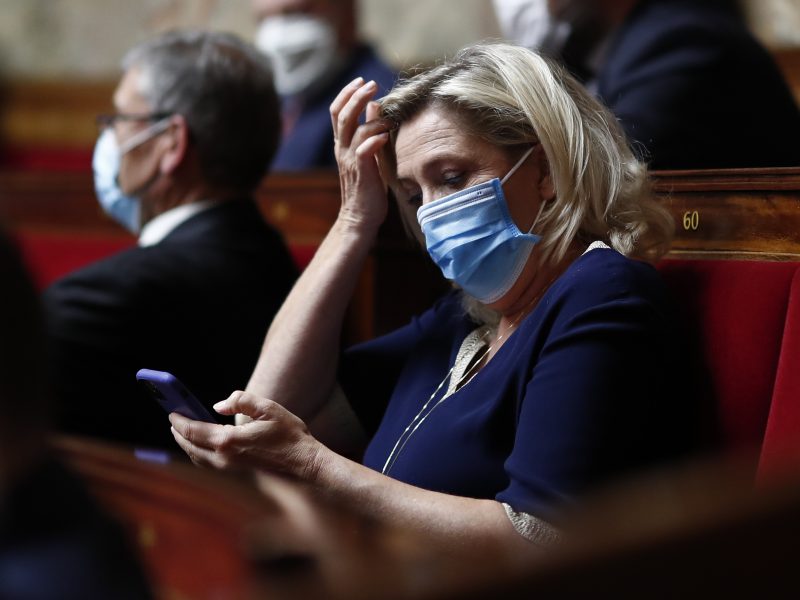 The former party manifesto had indeed frightened and alienated many of his constituents, who are border workers in Luxembourg and who therefore preferred Emmanuel Macron. “But since the RN has evolved, I hear on the ground that voters have changed their minds,” he said.

Grange said that “we see backpedalling on certain totems of the party, for example, we say ‘reduction’ of the Schengen free movement and not ‘going back on the Treaties’ anymore”.

For an owner of a small business, she explained, “or even a sympathiser, it was completely impossible to adhere to the 2017 programme because it was too neoliberal, with too little regulation.”

According to her, this volte-face on Europe is “both a display, but absolutely necessary in the context of an increasingly clear presidential ambition. Being presidential means making proposals that are acceptable to a fairly large number of groups.”

The other major change is a greater emphasis on ecology in the programme. While environmental issues were limited to a few points at the end of the programme in 2017, they are now the subject of a counter-project referendum aiming to oppose the constitutional bill proposed by Macron following the Citizens’ Climate Convention (CCC).

Mayor Engelmann said that “Marine Le Pen has always had a section in her programme on the preservation of nature and the defence of animals. ”

At a press conference dedicated to ecology on 9 March, Le Pen even antagonised hunters by declaring that hunting with hounds was “a cruelty that is not necessary”.

“It is in the DNA of the party to be very attached to the referendum system. There is still a shift, because Le Pen was a climate sceptic four years ago,” Grange said.

Still, Engelmann, the mayor of Hayange, said he was not in favour of “overdoing it on ecology. [The Greens’] own voters are fed up with green mayors because under the green varnish, there is red paint.”

He advocated for a conservative ecology that condemns “the most polluting” globalisation for the benefit of local industries.

Grange said that with this “shift in the discourse, there is the idea of going after the middle classes and pensioners, certain fringes of the population perhaps on much broader themes, because the RN electorate is very eclectic”.

“They have abandoned a certain number of their leitmotivs for this purpose,” she added. 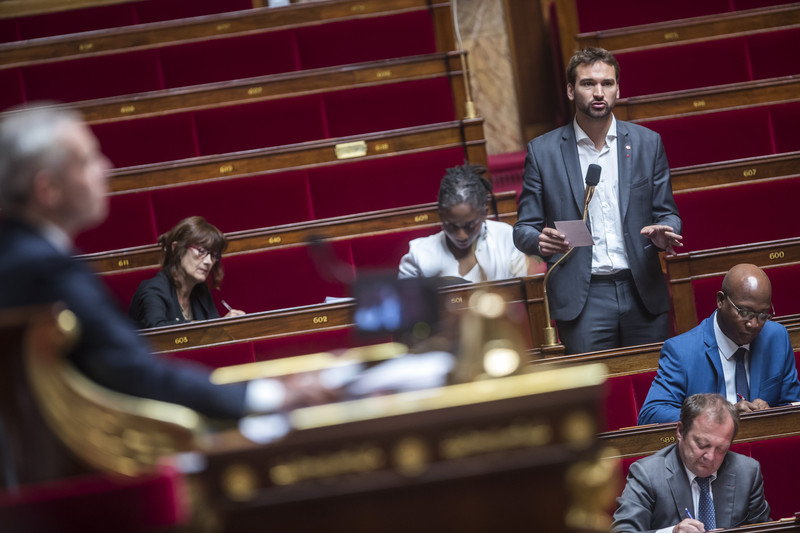