Angela Merkel’s withdrawal from her party’s leadership brings new uncertainties not only for the CDU but also for its coalition partners. Horst Seehofer’s end as the leader of the CSU is near and Andrea Nahles needs to defend the SPD’s presidency by challenging its critics.

The question of whether and for how long the coalition government can survive seems      to be unresolved. The three parties in transition have to not least ask themselves the question of where to go next.

Regardless of who wins the CDU chair, nothing will initially change for the chancellor. The executive office on the top floor of the CDU’s Konrad-Adenauer-Haus headquarters will be refurbished and – irrespective of who wins – so will the general secretary’s office one floor lower. In the future, there will be three CDU representatives present at coalition summits.

Otherwise, the chancellor will continue to determine policy guidelines and the coalition agreement will still guide policy direction.

Should Annegret Kramp-Karrenbauer win the race, things could go well, it is generally agreed. The politician from Saarland would probably push her agenda forward and publicly highlight the points where the CDU would like to do national politics differently from the SPD – and also where she is different to Merkel – while still leaving the government scope to achieve successes.

Should the SPD recover in the process, the parties could separate peacefully in late 2019.

Conflict seems to be on the cards

However, conflict seems to be on the cards from day one, due to both Jens Spahn and even more due to Friedrich Merz. Both would be under massive pressure from their supporters’ expectations and also under close public observation. Every statement from the pair would be examined to see whether it is going against Merkel or the government.

In the case of Merz, deep personal hostility would be added to the mix – it is almost out of the question that he would endure having his old rival next to and above him for a long time.

However, it is inconceivable that the SPD would also vote for Merz to be chancellor. Merz could attempt to scare the Social Democrats out of the coalition in order to clear the way for new elections.

But the “riot” scenario would prove a burden for the election campaign. Voters have already shown in the regional elections in Bavaria and Hesse what they think of arguments within the government.

CDU and Green coalition with Merz as chancellor?

The other alternative for a swift change of government would be a spontaneous relaunch of the “Jamaica” coalition (between the CDU/CSU, FDP and the Greens). But this may remain FDP leader Christian Lindner’s pipe dream.

Following a rift between CDU and SPD, why should the Greens not press for new elections? Incidentally, either way, such elections could easily result in a peculiar irony: the first German government between the CDU/CSU and the Greens – united under Chancellor Merz.

Whereas Markus Söder pushed into the office of minister president down in Bavaria walking with his legs far apart, he said he has reservations about the second important position.

The politician from Franconia stated persistently that he did not also need to become CSU chair. But it is a different matter, now that the Chancellor will soon no longer be CDU chair. Internally, he has now clearly indicated his willingness to do this. Only a few people are still counting on Manfred Weber.

Weber, who is from lower Bavaria, has other career plans, namely becoming the president of the European Commission, which would be difficult to reconcile with the time-consuming job of being CSU party chair. However, at the same time, he continues to insist that the CSU has to “position itself on a broad spectrum and embody various currents.”

Söder shy about politics at the national level

For the coalition, this carries uncertainties because even with Söder as CSU chair, Weber would remain a counterweight. A meandering CSU could lose its clout and also become more unpredictable.

Added to this is Söder’s shyness about politics at the national level. If he remains fixated on Bavarian interests, this will not make finding a consensus on the national level any easier. However, the problem of Söder and Merkel’s lack of chemistry will be alleviated by a change of the CDU chair.

Söder would have no problem with Merz and Spahn and would also get along with Kramp-Karrenbauer. This is particularly since the “new CSU” would probably keep the fires smaller concerning previous points of discord. “We need to get away from having migration as the single issue,” Weber has already specified.

However, as a result of his temperament alone, Söder could strongly grate with the SPD. But he cannot be interested in new elections, given that the CSU may currently fare even worse on the national level than they did in Bavaria.

Seehofer remains the great unknown for peace in the coalition. The question of whether the 69-year-old will allow himself to be demoted from Federal Minister of the Interior to someone who follows orders from his nemesis has not been agreed, according to talk.

If he does, arguments between the two could strain the coalition once again. If he does not, this would make things easier. Joachim Herrmann, who has already been operating for a long time, could then indeed be pushed to move to Berlin.

Alternatively, Seehofer’s state secretary Stephan Mayer could assume the office. Both are considered to be competent, as not wanting to start a fight and would be good for the coalition’s atmosphere.

For the SPD, the grand coalition is increasingly becoming a bogeyman, which is leading to large parts of the party wanting to leave this uncomfortable position as soon as possible.

However, most in the party leadership have recognised that it is in their own interest to stay in the coalition until at least late 2019, rather than leave on the spur of the moment now. This is because in the latest polls, the social democrats are barely projected to gain 13% of voters.

Leader Andrea Nahles has made clear which way she would like to go. She wants to specify which measures set out in the coalition agreement with the Union, from the SPD’s perspective, have to be implemented by the end of 2019.

Following this, as the coalition had agreed, she wants to decide whether the SPD should remain in the government. Meanwhile, Nahles thinks little of the idea of accelerating the scenario, as the young socialists, among others, wish.

If somebody else believed that could do a better job, said Nahles as she clearly recorded her leadership claim in an interview at the weekend, then they should come forward.

End of the coalition would not diminish SPD’s dilemma

However, the critics of this course, such as chair of the young socialists, Kevin Kühnert, or SPD vice chair Ralf Stegner, should also know that escaping the government in the short term will not represent a way out of their dilemma for the SPD.

Firstly, this decision would also represent a vote of no confidence in the SPD leader and would therefore trigger new uncertainties about who holds the positions in the party leadership. Secondly, in the worst-case scenario, the social democrats would have to face new elections which they would enter without a profitable programme.

Stegner’s threat that “if the coalition does not drastically and quickly change its work and appearance, it can’t and won’t endure any longer” was considered by the SPD leadership more as a signal to not release the pressure on the Union than as an intention to force the SPD to leave the German grand coalition. 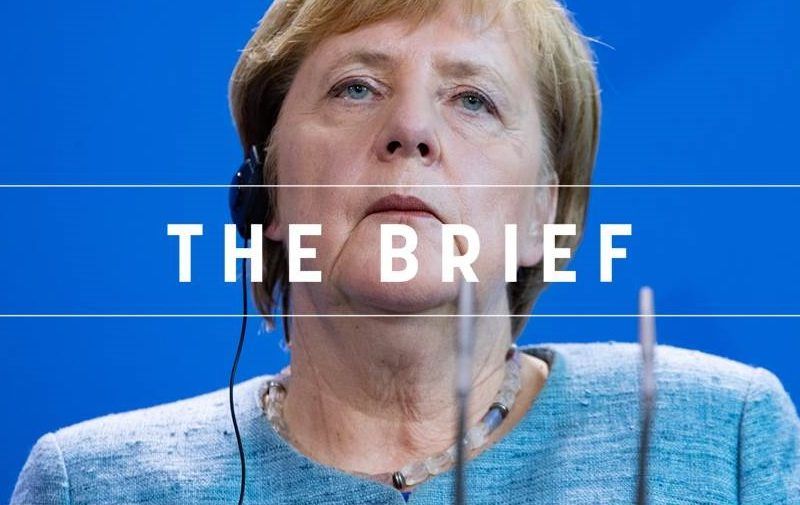 The Brief - The fall of Merkel, the end of the 'listener'?