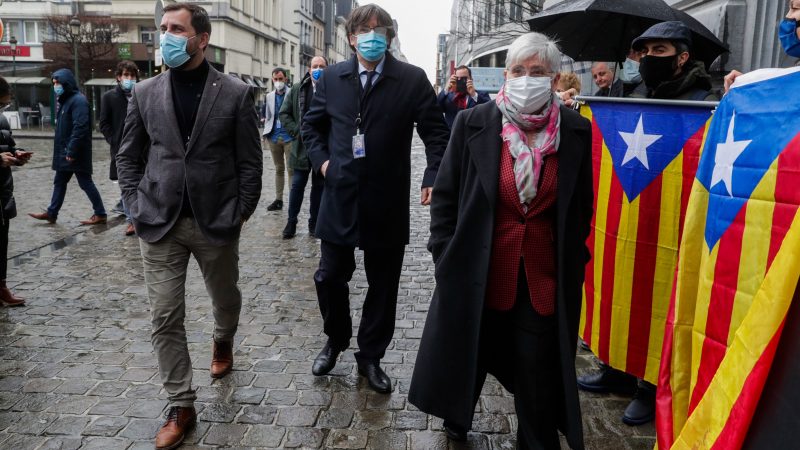 In March, the European Parliament had lifted the immunity of the trio, wanted by Spain on allegations of sedition following Catalonia’s attempt to gain independence in 2017 via a referendum which Madrid ruled constitutionally illegal.

Puigdemont and Comin are additionally accused of embezzlement.

That decision opened up the possibility of extradition requests from Spain’s supreme court but the three vowed to take the case to the EU’s highest court, the European Court of Justice, saying that they ran the risk of jail which would prevent them from exercising their mandate as elected European lawmakers.

They said that risk would notably apply were they to attend Monday’s plenary session in Strasbourg.

Puigdemont, Belgian-based since the 2017 vote, had accused EU authorities of “political persecution” on losing his immunity.

All three were elected as MEPs in 2019, giving them immunity from prosecution.