Quim Torra, the president of Catalonia, insisted on Tuesday (17 December) on the “right to self-determination” for the prosperous Spanish region, before giving his support – and that of Catalan separatist political forces – to the investiture of acting socialist Prime Minister Pedro Sánchez, Spanish media reported.

On Tuesday morning, Sánchez called Torra, in the framework of a round of calls and personal contacts with the presidents of the Spanish autonomous communities, EURACTIV’s partner EFE reported.

In their brief conversation, Torra insisted on the right to self-determination for Catalonia and called for a meeting with the caretaker socialist prime minister, according to sources from the Generalitat (regional Catalan government) quoted by El País.

Sources from the caretaker socialist executive said Sánchez is ready to meet Torra after a stable government is formed. Sánchez, the sources added, is keen to “find an answer to this political crisis”, EFE reported.

Sánchez (PSOE) has also held talks with the regional presidents of the Basque Country (north-centre), Galicia (northwest) and Andalusia (south).

The acting premier was also expected to meet other political formations on Tuesday, among them ERC (The Republican Left of Catalonia), whose abstention is essential to allow the investiture of Sánchez and the unlocking of the current political stalemate.

Only the far-right VOX party has been excluded from the round of talks. 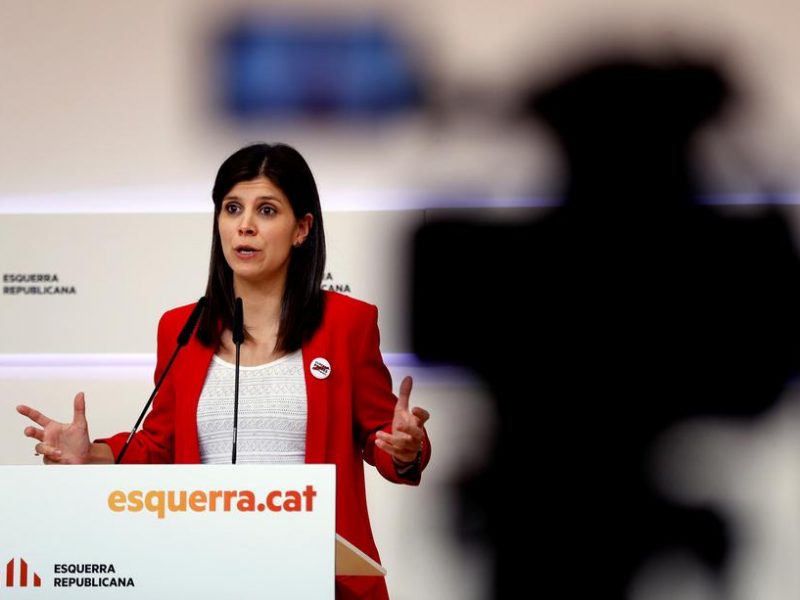 Sánchez on Monday called on opposition parties to abstain during his bid to stay in office after they raised concerns about the decisive role that Catalan separatist might have in the formation of a new government.

Both the Partido Popular (PP, conservatives) and liberal-centrists of Ciudadanos (Citizens, C’s)  have warned Sánchez against making any deals with the pro-Catalan separatist ERC party in the parliament to facilitate the formation of a coalition government with his PSOE party and Pablo Iglesias’ left-wing Unidas Podemos.

Spain held a repeat round of elections on 10 November, following the inconclusive previous ballot in April.

PSOE once again emerged as the largest party, but without a majority. It will rely on opposition groups’ right to abstain in order to get invested. Podemos is also looking to take over senior roles in what both have described as a “progressive government”.

ERC has refused to back Sánchez and continue to protest the fate of 12 Catalan separatist leaders, who were earlier this year sentenced to up to 13 years in prison for their role in a banned independence referendum in 2017, including the party’s leader, Oriol Junqueras, who was charged with sedition.