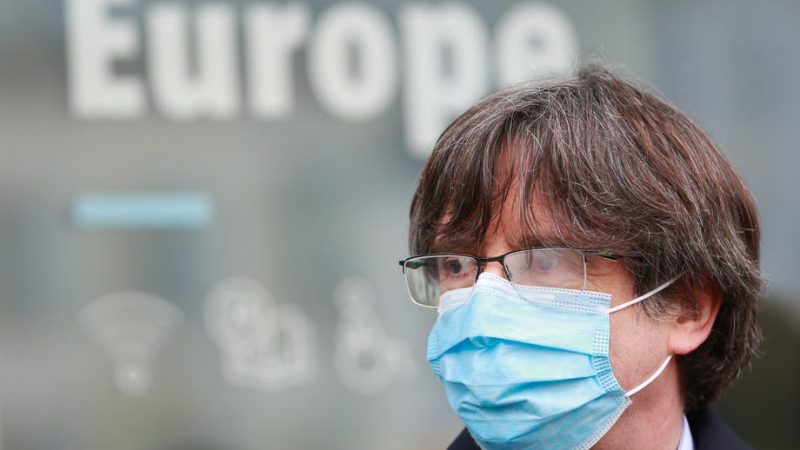 The European MEP was expected to appear in court on Friday at a hearing that could see him extradited to Spain to face sedition charges.

The Catalan leader — who has been based in Belgium since the 2017 referendum — was detained in Alghero, Sardinia, his chief of staff, Josep Lluis Alay, wrote on Twitter.

“At his arrival at Alghero airport, he was arrested by Italian police. Tomorrow (Friday), he’ll appear before the judges of the court of appeal of Sassari, who will decide whether to let him go or extradite him,” Alay said.

Puigdemont’s lawyer, Gonzalo Boye, tweeted that the exiled separatist leader was arrested on his arrival in Italy, where he was travelling in his capacity as an MEP.

He said the arrest was made on the basis of a warrant issued in October 2019 that had since been suspended.

Puigdemont, 58, is wanted in Spain on allegations of sedition over his attempts to have the Catalan region break away from Madrid through the 2017 referendum.

His arrest comes a week after the left-leaning Spanish government and regional Catalan authorities resumed negotiations to find a solution to Spain’s worst political crisis in decades.

In March, the European Parliament rescinded immunity for Puigdemont and two other pro-independent MEPs, a decision that was upheld in July by the EU’s General Court. 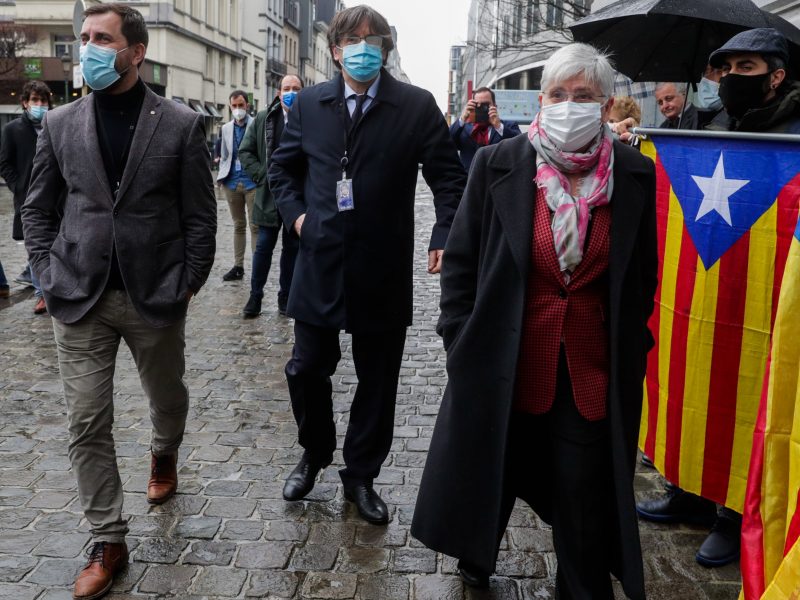 However, the European Parliament’s decision is under appeal and a final ruling by the EU court has yet to be made.

RT @AFP: Legal saga of Carles Puigdemont.#AFPgraphics on the main dates in the ongoing legal saga of Catalan separatist leader Puigdemont, updated with his recent arrest in Italy pic.twitter.com/TT2bb8C9Nh

Following Thursday’s arrest, Madrid expressed “its respect for the decisions of the Italian authorities and courts”.

“The arrest of Mr Puigdemont corresponds to an ongoing judicial procedure that applies to any EU citizen who has to answer to the courts,” the Spanish government said in a statement.

The statement added Puigdemont should “submit to the action of justice like any other citizen”.

New Catalan president Pere Aragones — a separatist but more moderate than his predecessor — condemned what he called the “persecution” of Puigdemont.

“In the face of persecution and judicial repression, the strongest condemnation. It has to stop,” he wrote on Twitter.

He added that “self-determination” was the “only solution”.

Besides Puigdemont, former Catalan regional ministers Toni Comin and Clara Ponsati are also wanted in Spain on allegations of sedition.

The October 2017 referendum was held by Catalonia’s separatist regional leadership despite a ban by Madrid and the process was marred by police violence.

A few weeks later, the leadership made a short-lived declaration of independence, prompting Puigdemont to flee abroad.

Others who stayed in Spain were arrested and tried.

However, Puigdemont did not benefit from the pardon granted in June to nine pro-independence activists who had been imprisoned in Spain.