Germany’s ruling conservative Christian Democrats (CDU) will choose their new party leader on Saturday. Whoever of the three candidates wins has the best chance of becoming Germany’s next chancellor – and thus one of the most powerful politician in Europe. EURACTIV Germany reports.

Politically, they differ mostly in their vision of what it means to be conservative in today’s world, and neither of the three has presented concrete stances on European policy.

Even though the CDU leader traditionally becomes a candidate for chancellor, it is not guaranteed that one of these three will replace Angela Merkel. Röttgen, in particular, has emphasised that he would not necessarily insist on a chancellor candidacy.

The party could instead nominate Bavarian premier Markus Söder, leader of the CDU’s sister party, the CSU, who is said to have ambitions in this regard, although he has publicly dismissed suggestions. Health Minister Jens Spahn, who is currently making his mark in the coronavirus crisis, has had an eye on the job for a long time. 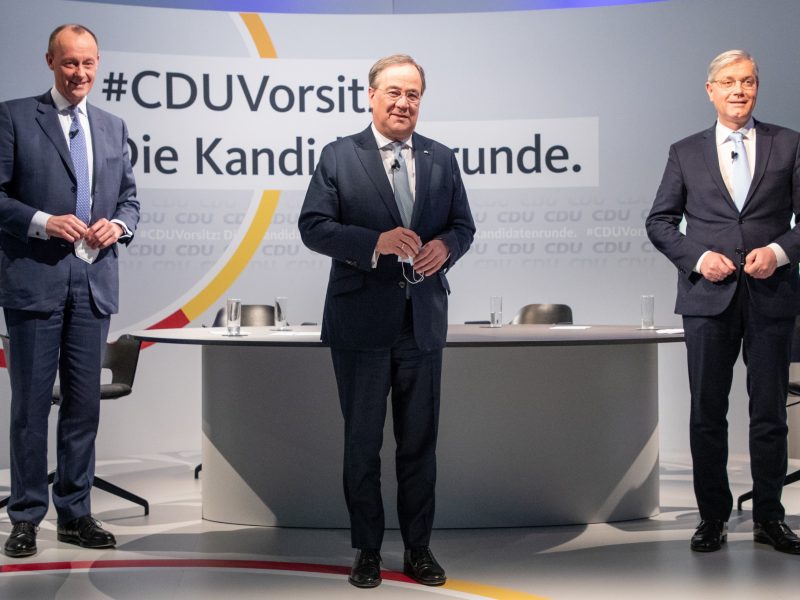 The three agree on the fundamentals of European policy. “They are all pro-European, multilateralists and transatlanticists,” Katja Leikert, deputy chair of the CDU parliamentary group, told EURACTIV Germany.

The differences are evident in the details and in earlier positions, for example, on fiscal policy.

In the run-up to the presentation of the EU recovery plan, through which the Commission will raise common bonds to finance the coronavirus economic recovery programmes, wild debates erupted in Germany over the idea of common debt, because it looked a lot like joint eurobonds which Merkel and Germany vehemently opposed during the Greek debt crisis.

This time, it was above all Merz who quickly rejected joint debt. “Solidarity, however, cannot consist of simply quickly opening up new sources of financing now for problems that already existed before the corona crisis,” he said in April, referring to structurally weak EU states such as Italy or Spain.

Röttgen also rejected the communitisation of old debts but stressed that help and solidarity with countries like Italy and Spain were needed.

Laschet called for open discussion of a European fiscal union and joint bonds as early as in 2011, but he was hardly involved in the ‘coronabonds’ debate.

Ultimately, all three supported the decision on the recovery fund. Germany’s Christian Democrats are set to elect their new leader among the three candidates vying for top post this weekend. But the winner might not necessarily go on to become the party’s designated candidate to run for the chancellorship in this year’s general election.

In terms of the climate crisis – another priority for Europe  – none of the three is considered a great climate politician, although Röttgen once held the office of the country’s environment minister.

Merz regularly attracts attention with comments that climate protection should not come at the expense of the economy, while Laschet’s 10-point plan only mentions climate policy in passing.

For climate protection groups, this is far too little.

“In eleven months of campaigning, none of the CDU candidates has come up with a plan that will enable the party to deliver on its international climate commitments,” said Nick Heubeck of Fridays for Future.

He urged the next CDU leader to “enforce immediate measures to significantly reduce emissions in the coming months and years and comply with the 1.5-degree limit,” he told EURACTIV Germany.

But whoever takes over the CDU will have to continue the party’s climate policy of recent years anyway, in order not to alienate the Greens, who could become the second strongest force after the elections, but also because of Brussels, said Ottmar Edenhofer, director at the Potsdam Institute for Climate Impact Research (PIK).

“The music is already playing at the European level. A German chancellor will not be able to afford to question the Green Deal or lower the level of ambition,” he told EURACTIV.

Röttgen, Laschet or Merz will therefore have to get used to not being able to shape climate policy to their own taste. 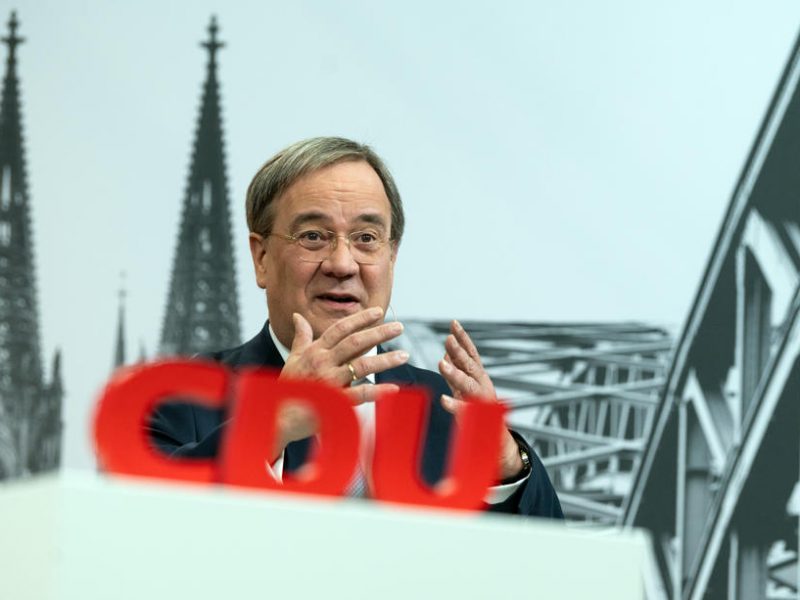 Group of CDU leaders comes out in support of Laschet

After suffering in recent opinion polls, North Rhine-Westphalian leader Armin Laschet gained a boost in the race for the CDU helm on Wednesday, after receiving endorsements from five CDU parliamentary group leaders from the country’s eastern and western states.

European foreign policy is currently having to reinvent itself: Ursula Von der Leyen’s “geopolitical Commission” had wanted to put on the map a strong Europe that could hold its own between the United States and China.

Of the three candidates, Röttgen is the most experienced foreign policy expert, chairing the  German Bundestag’s Foreign Affairs Committee. His aggressive stance toward China is well known, he has campaigned for a complete exclusion of Huawei as a supplier for the German 5G market.

While all three are in their core transatlanticists, Merz in particular positions himself in the lead. From 2009 to 2019, he was the head of the ‘Atlantikbrücke’, a private non-profit association that promotes building an economic, financial, educational and military-political bridge between the United States and Germany. Merz wants above all to restore good trade conditions.

But for that, Europe itself must take action, for example, by ratifying the CETA agreement with Canada, Merz said in an interview in January. “If we want to achieve something with America in trade policy, then we also have to show the Americans that we are willing to do something about it ourselves,” he said.