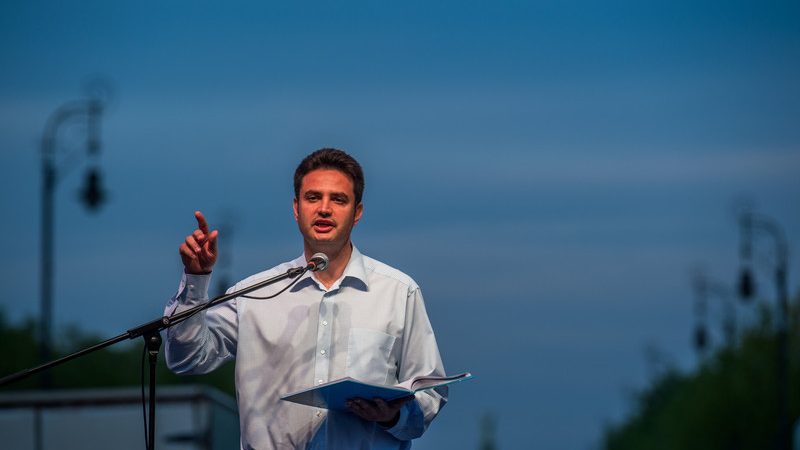 Peter Márki-Zay, a conservative provincial mayor, was chosen as the unified opposition challenger to Hungarian Prime Minister Viktor Orbán at next year’s election, after winning a primary vote Sunday (17 October).

Márki-Zay, a practising Catholic and father-of-seven, defeated Klara Dobrev, an MEP with the leftist Democratic Coalition party (DK) by a margin of 57-43 percent in Sunday’s second-round run-off.

“We want a new, cleaner, honest Hungary, not just to replace Orbán or his party,” Márki-Zay told jubiliant supporters in Budapest referring to the nationalist premier’s ruling right-wing Fidesz party.

“From now on I support Péter Márki-Zay,” Dobrev said during a concession speech, urging opposition unity after a bruising election campaign.

A Hungarian government with Márki-Zay at its helm would be like winning the “grand prize” for the EU, the winner of the primaries told EURACTIV in a phone interview last week. 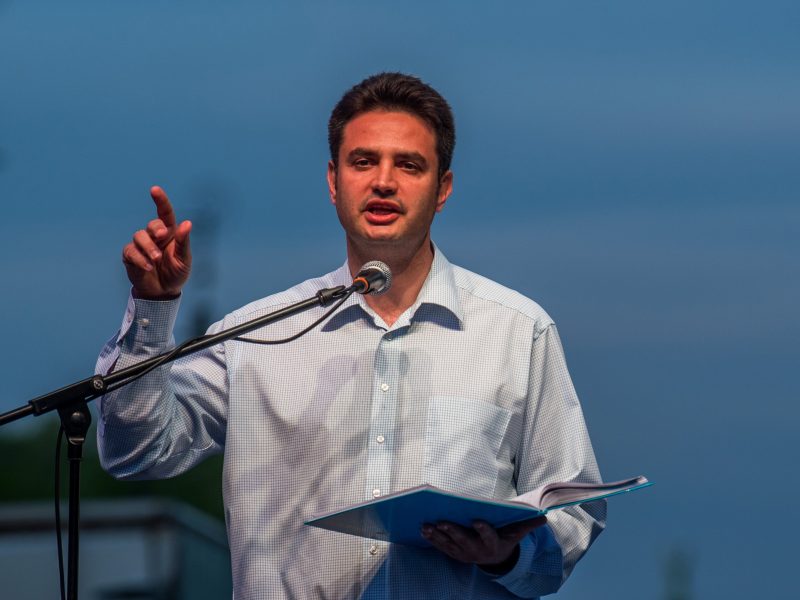 Márki-Zay: My government would be 'grand prize' for the EU

A Hungarian government with Péter Márki-Zay at its helm would be like winning the “grand prize” for the EU, the independent Christian conservative mayor of Hódmezővásárhely told EURACTIV in a phone interview.

Péter Márki-Zay is one of the two candidates in …

The primary was organised by a six-party opposition alliance formed last year in an effort to combat the mainly first-past-the-post election system that favours Orbán and his ruling right-wing Fidesz party.

Hungary’s first-ever primary contest, the vote was designed to select just one contender to oppose Orbán — as well as single candidates for each constituency to go up against Fidesz in April’s elections.

Praising the primary election process, Márki-Zay said it had selected clean candidates nationwide who would be able to get rid of “the most corrupt system in Hungary’s thousand-year-old history”.

Opinion polls have put the opposition alliance neck-and-neck with Fidesz, and gave Márki-Zay a better chance of defeating Orbán than Dobrev.

As a conservative and Catholic “Márki-Zay was the primary winner least wanted by Fidesz,” analyst Robert Laszlo told AFP.

“He seems to be capable of attracting new, yet undecided voters without frightening away the liberal-left voter base, Fidesz will be forced now to rewrite their campaign strategy for next year’s election,” he said.

After the first round of the opposition primaries last month, that saw more than 600,000 people take part, Márki-Zay came third.

But he persuaded the runner-up — liberal Budapest mayor Gergely Karacsony, who had been the favourite — to withdraw and endorse him in the run-off against Dobrev.

During the campaign he argued that only he could appeal to both leftist voters and conservatives tired of Orbán’s often divisive policies, such as anti-immigration and anti-LGBTQ drives.

An economist and engineer who lived in the US and Canada for five years, Márki-Zay grabbed national attention in 2018 when he won the mayoralty in the small city of Hodmezovasarhely.

Although the southern city with a population of 44,000 had been a Fidesz stronghold for decades, Márki-Zay rallied cross-party support in what he called the blueprint for opposition success nationwide.

Despite having no party machinery or significant funding, Márki-Zay was also boosted during the primary race by support from younger voters open to his anti-elite and anti-corruption messages.

Dobrev, a vice president of the European Parliament since 2019 who had been hoping to become Hungary’s first woman prime minister. She had emphasised her greater experience and accused her rival of “unsuitability” for the top job.

But polls indicated her weakness was her husband. Former prime minister Ferenc Gyurcsány admitted lying in 2006 during a leaked private speech and has been relentlessly attacked by Orbán ever since.

With the backing of DK, Hungary’s largest opposition party headed by Gyurcsány, Dobrev, 49, won the primary’s first round, but fell short of the outright majority that would have secured her the candidacy without a run-off vote.

Organisers hailed the primaries as an “amazing success”, having mobilised over 800,000 voters, almost 10% of the electorate in the 9.8 million population EU member.

“That’s a lot of people even compared to countries with a long tradition of primaries, unlike Hungary where this has never happened before,” Márta V. Naszályi, a Budapest district mayor who volunteered to count votes, told AFP Sunday.

“It gives legitimacy. The opposition will have candidates in next year’s election who have a chance to change the government,” she added.