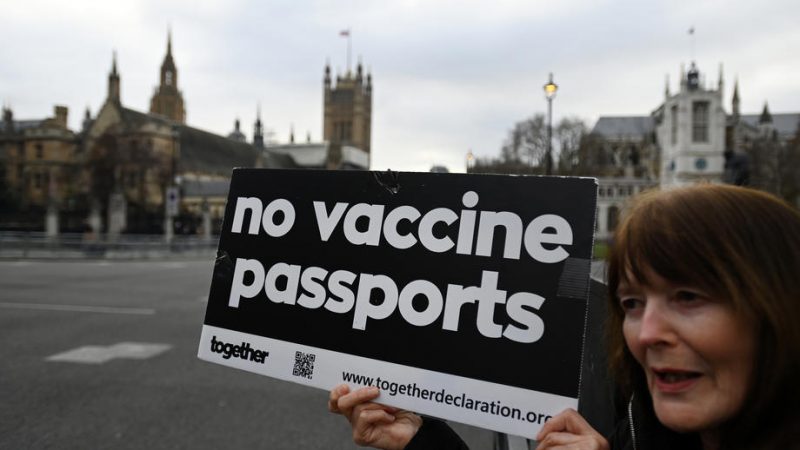 An anti vaccine campaigner protests against Covid passports outside parliament in London, Britain, 14 December 2021, ahead of a vote in Parliament on the controversial Covid passports as Prime Minister Boris Johnson looks to push through his the new measures to counter the spread of the Omicron variant. [EPA-EFE/ANDY RAIN]

After a day of frenzied failed lobbying, Johnson was handed the biggest rebellion against his government so far by his party over measures he said were necessary to curb the spread of the new Omicron variant.

The new rules, which included ordering people to wear masks in public places and use COVID-19 passes for some venues, passed thanks largely to the main opposition Labour Party.

But the revolt piles pressure on Johnson, already under fire over scandals such as reported parties in his Downing Street office last year – when Britain was in a COVID-19 lockdown – and a pricey refurbishment of his apartment. 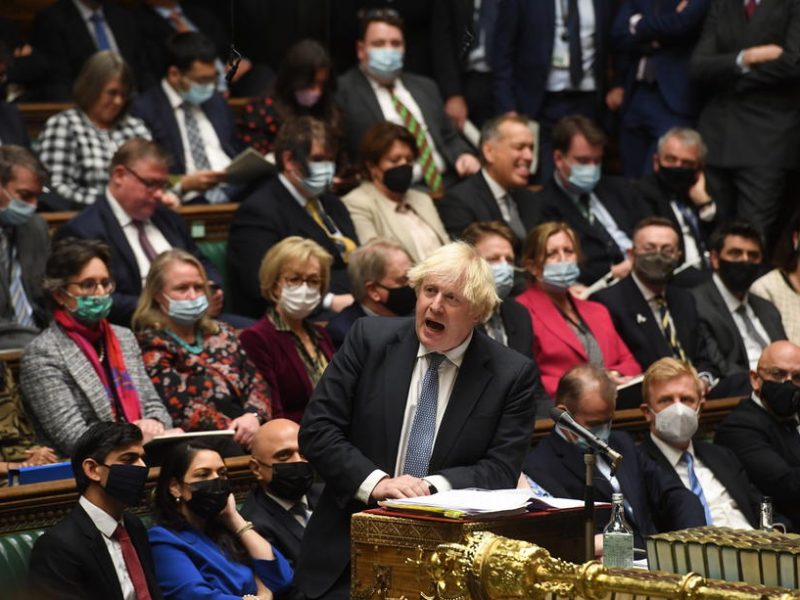 Rebelling lawmakers said the vote was a warning shot that he needed to change how the government was operating, or he would face a leadership challenge.

Some 99 Conservatives opposed plans for the COVID passes, a much higher number of rebels than was expected. Originally the official figure was put at 98, but the number was later revised upward.

Among those voting against the government was lawmaker Louie French who was only elected as a Conservative Member of Parliament (MP) at the start of the month, while media reported that former Prime Minister Theresa May was among 17 others who abstained.

Many Conservatives say some of the new measures are draconian, with several questioning the introduction of a certificate of vaccination or proof of a negative COVID-19 test to enter some venues, such as nightclubs.

Others used the votes as an opportunity to vent their anger at Johnson, believing the man who helped the Conservatives win a large majority at a 2019 election is squandering the party’s successes by self-inflicted missteps and gaffes.

But despite the rumblings of discontent, Conservative Party insiders say there is not enough of a groundswell against Johnson to dislodge him now, although they hope the vote will be a “wake-up call” for the prime minister to reset his agenda.

“He’s got to now be in some danger,” Conservative lawmaker Geoffrey Clifton-Brown told Sky News. “And he’s got to realise that because if he doesn’t realise that, then he will be in much bigger danger … I’m still backing him. But he’s got to change.”

Britain reported 59,610 new COVID-19 infections on Tuesday, the highest figure since early January and the fifth highest recorded since the outbreak of the pandemic in March last year.

More than 5,300 cases of Omicron have been recorded, with 10 people hospitalised. One person has died after contracting the variant, which is set to become the dominant strain in the capital London.

Before the vote, the government had mounted a campaign to keep lawmakers in check, with Johnson warning his ministers there was a “huge spike” in Omicron cases heading Britain’s way, and that the measures were needed to protect people. 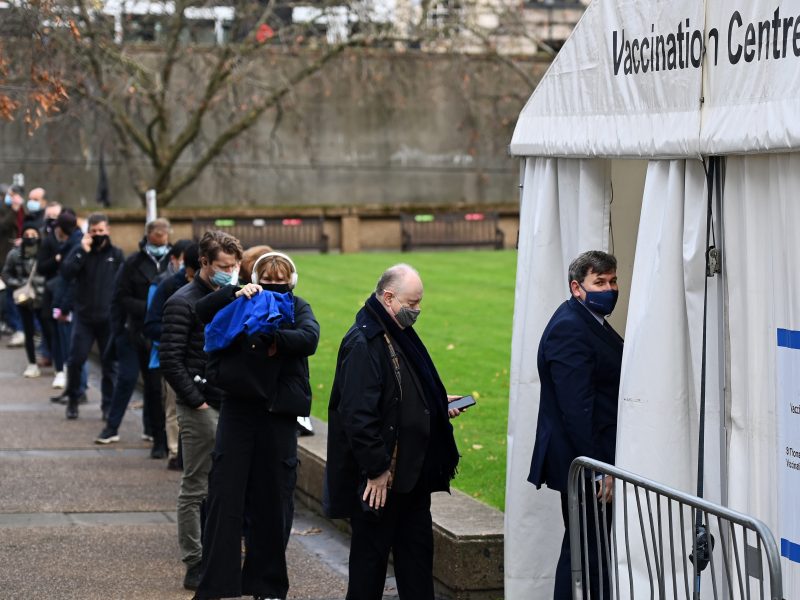 Britain on Monday (13 December) confirmed what is thought to be the first confirmed death after infection with the Omicron variant, as the country launched an ambitious Covid booster shot programme to stop the virus spiralling out of control.

Ministers tried to win over the Conservative rebels, noting that people who have not had two vaccinations can instead offer proof of a negative lateral flow test to gain access to indoor venues of more than 500 people.

Health minister Sajid Javid told lawmakers he firmly believed in “individual liberty” but that “the responsible decision to take is…to move to plan B in England”.

But their arguments fell on deaf ears. In addition to the 99 Conservatives who voted against the passes, 40 voted against expanding the requirement for mask wearing.

“I am sure that the prime minister will understand the strength of feeling within the party about the constraint of liberties,” Conservative former minister David Jones told Reuters. “He is a libertarian himself and I have no doubt that he will listen to the message from his party.”