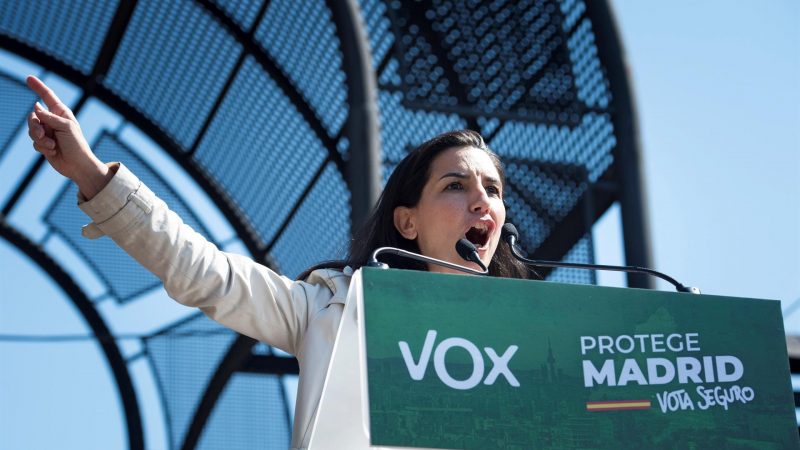 The VOX campaign, launched ahead of a snap election called for 4 May and slammed as xenophobic and untrue by critics, takes aim at young migrants and asylum-seekers. [EFE/Luca Piergiovanni]

The posters have appeared this week around central Madrid, including in the Puerta del Sol train and metro station, the heart of the Spanish capital, and a meeting point for thousands of locals, tourists and foreigners.

The VOX campaign, launched ahead of a snap election called for 4 May and slammed as xenophobic and untrue by critics, takes aim at young migrants and asylum-seekers who arrive in Spain without their guardians, known locally as Menores Extranjeros No Acompañados (MENA).

One of the posters pits a grandmother against a young migrant with the text: “A MENA €4,700 a month, your grandmother €426 pension a month”, alongside the slogan “Protect Madrid, vote safe.”

Government, UNICEF and Save the Children reject VOX’s ‘hate speech’

Human rights and children’s organisations such as UNICEF, Save the Children and Caritas on Wednesday released a joint statement rejecting “hoaxes, fake news and hate speech” against migrant children and migrants in general.

The move came after the prosecutor’s office in Madrid announced it was already investigating VOX for alleged “hate crimes”, and after the Spanish government denied the content of the posters.

The Spanish public radio and television (RTVE) has posted on its website an in depth article analysing the details of VOX’s “fake news” propaganda posters and slogans. 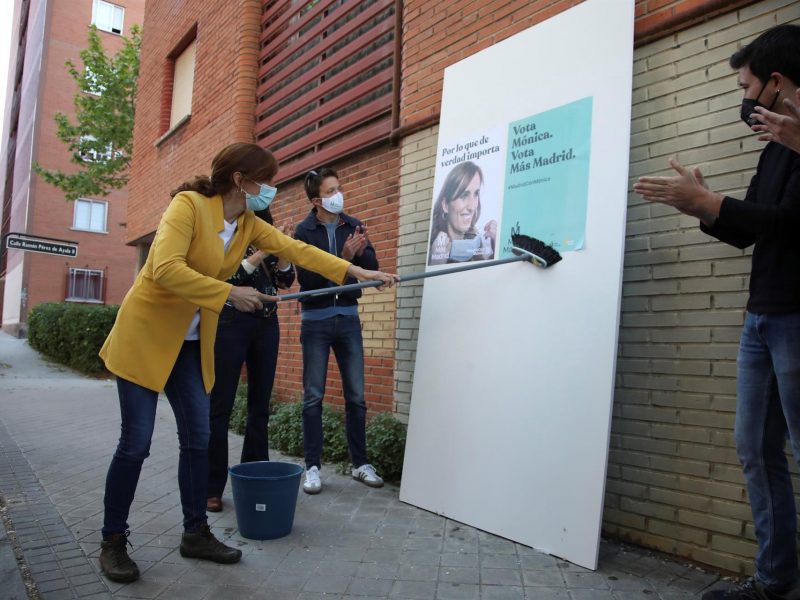 Parties launch 'Battle of Madrid' ahead of snap regional poll

In an interview with RTVE, VOX candidate Rocío Monasterio stood by the claim that unaccompanied young migrants received €4,700 a month in benefits from the Spanish state, though the broadcaster’s own investigation debunked that figure.