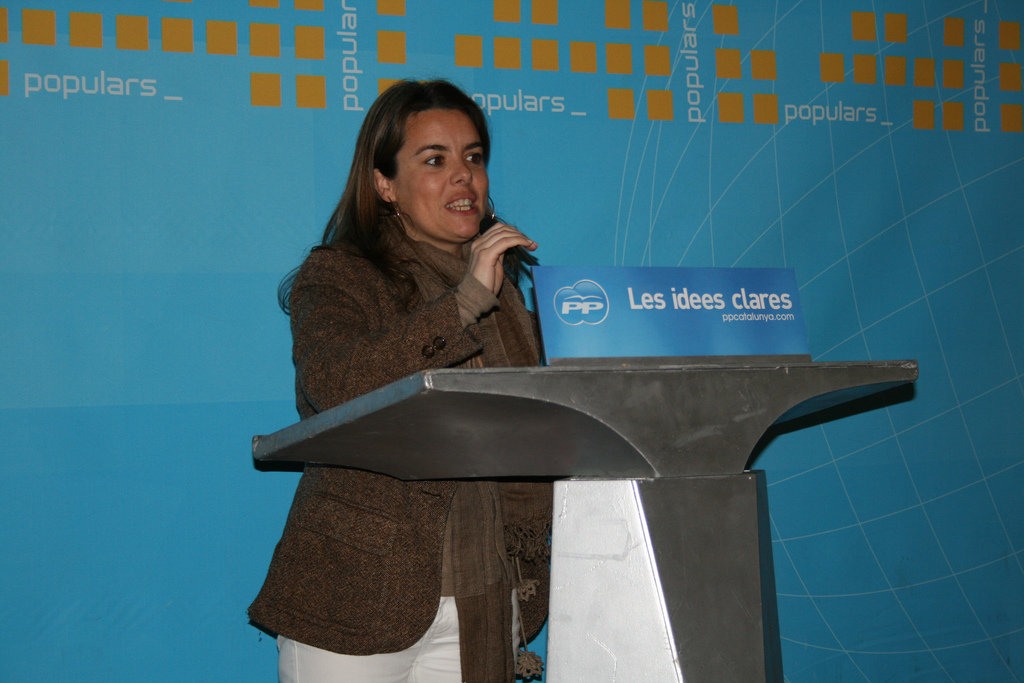 Spanish Prime Minister Mariano Rajoy, whose Peoples’ Party (PP) is caught up in judicial probes over corruption, again chose to stay away from a televised debate yesterday (6 December), ahead of the 20 December parliamentary elections.

Rajoy’s People’s Party (PP) and Pedro Sanchez’s Socialists are seeing their decades-old hold on power threatened by the rise of two new parties, the liberal Ciudadanos (Citizens) party and left-wing Podemos (“We can”) after years of economic crisis.

An official poll published last week showed the PP getting the most votes in the 20 December election, but falling well short of a majority in parliament. The polls show Ciudadanos, which espouses business-friendly, centrist policies, vying with the Socialists to be the second biggest party in Spanish politics.

If confirmed on 20 December, Spain could be facing a minority or a coalition government.

For the second time in a week, Rajoy stayed away from a televised debate with the leaders of the other three parties. But, in contrast with last week’s debate when organisers left an empty podium for Rajoy, the prime minister this time sent his deputy, Soraya Saenz de Santamaria.

Sparks flew when the two-hour debate turned to corruption, which polls show is Spaniards’ greatest concern after unemployment, which is running at more than 20%.

Fighting off attacks from the other leaders about alleged cases of corruption in the PP, Saenz de Santamaria said: “Cases have been prosecuted (and) justice has been allowed to act.”

Spain’s High Court said in May six people would go on trial after an investigation into an alleged slush fund within the PP.

Rajoy’s absence drew sarcasm from his rivals. Pablo Iglesias, leader of Podemos which opposes the austerity policies the PP has imposed since the collapse of a property boom in 2008 imploded Spain’s economy, said it was a shame Rajoy “isn’t with us, but I am sure he will be interested by the debate.”

Saenz de Santamaria retorted the PP was a team that shared responsibility. Rajoy will hold a one-on-one debate with the Socialists’ Sanchez next week.

The economy is now strengthening and the PP said this would enable them to cut income tax if re-elected while continuing to reduce the budget deficit. Rajoy, 60, emphasises his experience compared with his rivals, aged in their 30s and 40s.

Sanchez said that if he became prime minister, he would keep the goal of a 1% of GDP budget deficit at the end of the next four-year parliament, but would renegotiate with the European Commission the path for getting there.

Spain forecasts a deficit of 4.2% this year.

Iglesias, whose party is running fourth in the polls, said he would make banks that had received state aid pay a “solidarity tax” and he also backed a tax on share, bond and derivative trades.