what would this "modern right-wing conservative party", in the words of party leader Norbert Hofer, look like? The party's focus on migration, security and social issues remains the same, but there is now a stronger focus on family policy. EPA-EFE/CHRISTIAN BRUNA [CHRISTIAN BRUNA/EPA]

The Austrian Freedom Party is reinventing itself with the hope of appealing to sections of society with whom it has failed to score well, such as women, academics and city dwellers. Above all, the party is targeting the 258,000 voters who switched from the FPÖ to the ÖVP in the 2019 elections.

And the party certainly needs to change a few things.

After ruling alongside Chancellor Kurz’s conservative ÖVP until the government’s collapse in May 2019 with a 26% share of the vote, the party has suffered a deep fall. The so-called ‘Ibiza-gate’ scandal led to Heinz-Christian Strache’s resignation as Vice-Chancellor and FPÖ leader, followed by an affair involving misuse of party funds.

But after new elections were held in September following the government’s collapse in May, the FPÖ slipped by almost ten percentage points. The party then had to watch its former government partner form a new coalition – with the Greens, a party seemingly with little in common with the FPÖ.

On top of that, there is the persistent problem of FPÖ members being associated with extreme right-wing movements, despite the party leadership publicly condemning them. 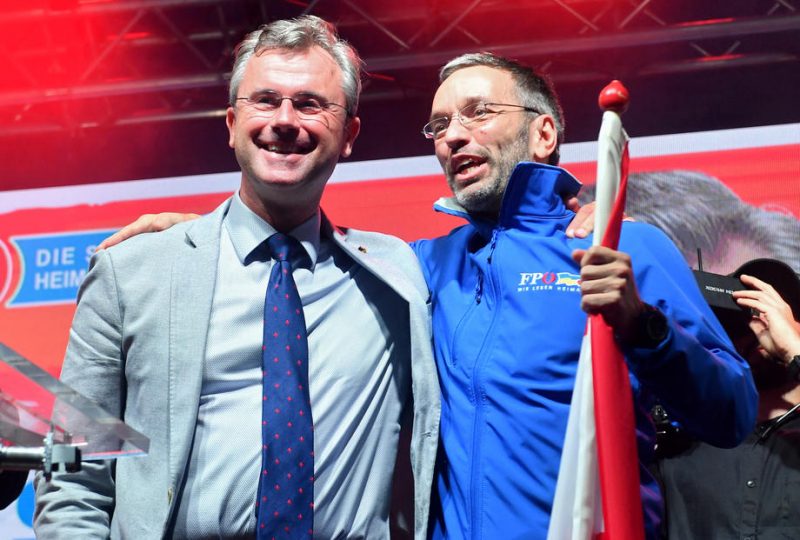 Party leader Norbert Hofer (right) is the friendly face of the FPÖ, while club chairman Herbert Kickl (left) is, according to Hayek, the “man for the rough” and the strategist in the background.

The green light for reforming the party was given at the party retreat on 8-9 December 2019. In the preceding months, working groups had begun work on the FPÖ’s new image.

But what would this “modern right-wing conservative party”, in the words of party leader Norbert Hofer, look like? The party’s focus on migration, security and social issues remains the same, but there is now a stronger focus on family policy.

But after the FPÖ scandals surrounding corruption and right-wing extremism, the key is to wash the slate clean. For instance, party leader Hofer announced the implementation of new compliance rules for the FPÖ and its members which are stricter than for any other party, with the aim of preventing new financial scandals.

And to prevent cases of right-wing extremism, the party membership criteria should be tightened, with applicants having to make the commitment to respect the rule of law, democracy and non-violence.

“We remain a right-wing party”

Andreas Rabl, the mayor of Wels who chaired the working group for the FPÖ’s modernisation, explained exactly how this commitment would work in an interview with EURACTIV.

Anyone who applies online for party membership must first watch explanatory videos which show “that we do not want racists, anti-Semites or right-wing extremists in our party”, Rabl said.

Then, a set of ten questions, which Rabl calls “the Ten Commandments of Democracy”, need to be answered. Such questions include, for instance, whether one is committed to the rule of law. Only those who answer these questions correctly are eligible to become party members.

But Rabl emphasised that “we remain a right-wing party because the basic principles of the right political spectrum are important to us: Home, merit, personal responsibility and family.”

And new financial compliance rules are primarily about rebuilding lost credibility, as Rabl appears to understand that after all the scandals, FPÖ voters are “disappointed, very disappointed”.

According to Rabl, the FPÖ is now demonstrating firmness by highlighting it has “understood the message, we are sorry”. 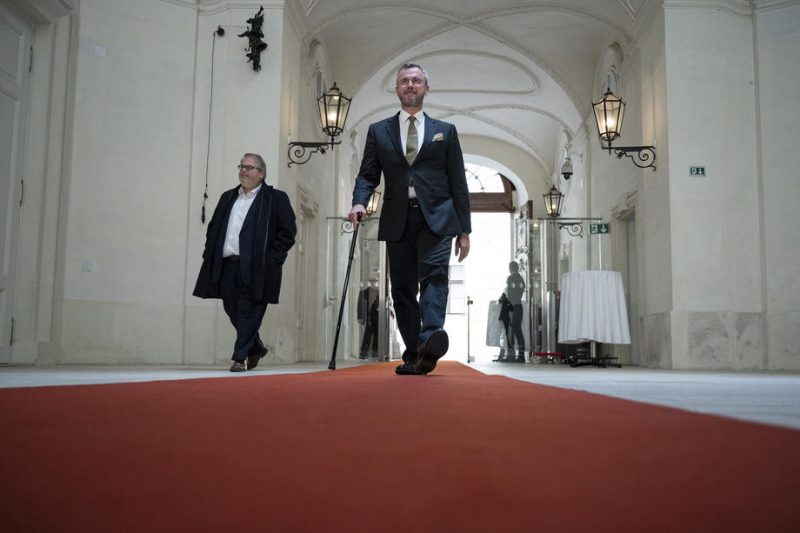 Will party leader Norbert Hofer succeed in modernising the FPÖ? If not, a battle to determine party leadership should not be ruled out, according to Hayek.

On the search for new voters

But where will the new voters come from?

First of all, Rabl wants to appeal to new strata of the population as it has, until now, been particularly weak among women, academics and in cities.

The FPÖ wants to win female votes by setting new priorities in family policy: Women should be able to choose more freely between bringing up children and a career, for example, by improving childcare facilities. The FPÖ also intends to promise more for single parents.

And by implementing the new compliance rules, the FPÖ could convince academics because “better educated, in particular, people attach great importance to transparency”, says Rabl. Besides, it would also persuade academics through “more differentiated argumentation”, by making counterproposals and not just rejecting other parties’ proposals in the future.

According to Rabl, the majority of them are “already disappointed by the ÖVP” because these people demand strict integration and migration policies, and such measures cannot be implemented with the Greens, even if these are part of the government programme. To get them back, the FPÖ now wants to become the “guardian of the grail of migration policy”.

Lore Hayek, an expert in political communication, suspects that this could lead to fierce competition because the ÖVP will not give up these voters without a fight.

According to Hayek, the harsh migration policy that is now part of the government programme, which many Greens regret, is conveying the message to those who switched parties that the ruling conservative party “is continuing the centre-right course”.

As a counter-tactic, the FPÖ says that if voters want an FPÖ policy, they should vote for the FPÖ. The party will do everything in its power to discredit the government’s migration policy, arguing that even if the ÖVP wants to take a hard line here, it is not feasible with the Greens as coalition partners. 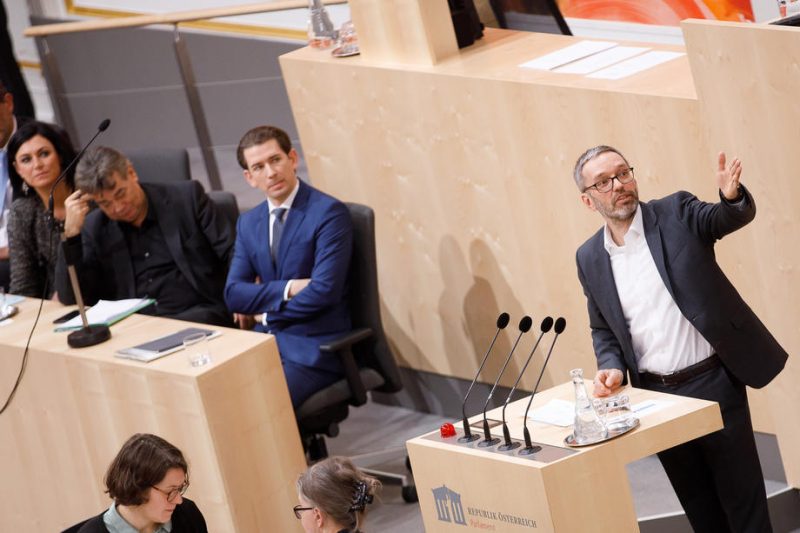 Herbert Kickl, FPÖ’s parliamentary leader in the National Council, where he already took shots at the government, calling it the “Greta Coalition”.

Herbert Kickl, chairman od the FPÖ’s parliamentary club and, according to Hayek, the most important party strategist, called the government a “Greta coalition” and accused the ÖVP of shifting to the left. Kickl also criticised the government’s stance on preventive detention as part of its migration policy, providing a foretaste of his party’s communication strategy.

Preventive detention, originally an FPÖ idea, was not feasible with the Greens, according to Kickl. Should it fail, the FPÖ would perceive it as deceiving the electorate and would campaign hard on the matter.

This is what Mayor Rabl meant by being the “guardian of the Grail of migration policy”.

Hayek suggests that this strategy of washing its vest, while discrediting the government’s policy is precisely what the FPÖ needs right now.

But will a ‘reformed’ FPÖ be able to convince new people of its merits?