Kolinda Grabar-Kitarović in the presidential palace in Zagreb on 11 January 2020. [Georgi Gotev]

Croatian President Kolinda Grabar-Kitarović on Saturday (11 January) blamed sexism and “fake news” for her defeat in elections last week, as well as a rival who split the right-wing electorate she was counting on.

Speaking to journalists in her official Zagreb palace, Grabar-Kitarović blasted what she saw as often politically biased media in Croatia. Answering a question by EURACTIV, she said:

“In Croatia we have not only press freedom, we have complete chaos in the media,” she said, alleging that “some criminal organisations are paying” certain outlets. She did not cite specific examples.

Grabar-Kitarović also said one of her mistakes was that she had said she would not sue the press, which in her words only encouraged critics.

Leftist former prime minister Zoran Milanović won the 5 January election and takes up the post during Croatia’s helm at the rotating EU presidency. Issues such as the European Union’s relationship with post-Brexit Britain and haggling over the bloc’s long-term budget are likely to dominate. 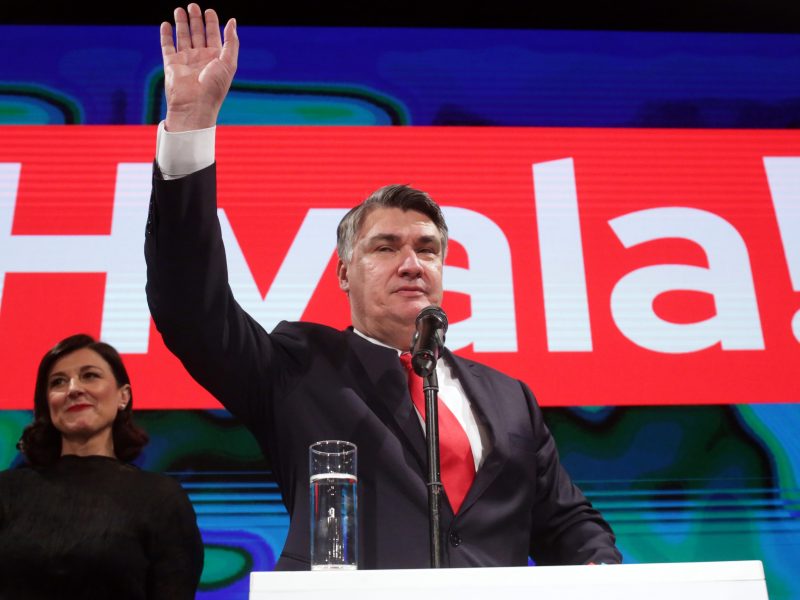 Milanovic took 52.7% of the vote while President Kolinda …

Grabar-Kitarović said that, with Milanović, she hoped media reporting in her country “will calm down a bit, because he’s a male”.

Analysts however say that Grabar-Kitarović’s defeat owed to a poor campaign riddled with gaffes and embarrassing promises, such as one to increase monthly salaries to 8,000 euros – nearly 10 times the current average.

She also invited anger and mockery when she sang at the birthday party of Zagreb’s scandal-hit mayor and promised to bring him “cakes… in prison” if he was convicted on a slew of corruption charges.

The 51-year-old outgoing president denied knowledge of any corruption related to then Prime Minister Ivo Sanader when she served in his government as a minister. In 2012 Sanader became the highest official in Croatia to be convicted for corruption. He is currently serving a jail term.

She also said she was going to take “a couple of months” to decide what to do after leaving office, expressing a preference for academia.