By Fernando Heller | EURACTIV with efe-epa

Sánchez has ruled out the option of trying to forge a coalition with the PP and with liberal center-right Ciudadanos, insisting that he wants to form a government with a "clearly progressive" orientation, as per his agreement with the UP. [EPA/ PACO CAMPOS]

The race against the clock to break the political stalemate in Spain will reach a turning point this week when acting socialist PM Pedro Sánchez is expected to receive a decision from Catalan separatists of ERC (Republican Left of Catalonia) on whether they will give their support to allow the investiture of his government, EURACTIV’s partner EFE reported.

Sanchez agreed on 12 November to form a “progressive” coalition government with the leftist Unidas Podemos (UP) party, but PSOE and UP only hold 155 of the 350 seats in the lower house. They, therefore, need to make a deal with other parties to get a parliamentary majority.

PSOE leaders have been locked in meetings with the ERC, a left-leaning Catalan separatist party with 14 seats, for weeks to at least get its members to abstain in a motion to proclaim Sanchez as prime minister.

Meanwhile, over the weekend, Pablo Casado, president of the Partido Popular (Popular Party, PP, conservatives) warned Sánchez that he can’t expect his support for the investiture. 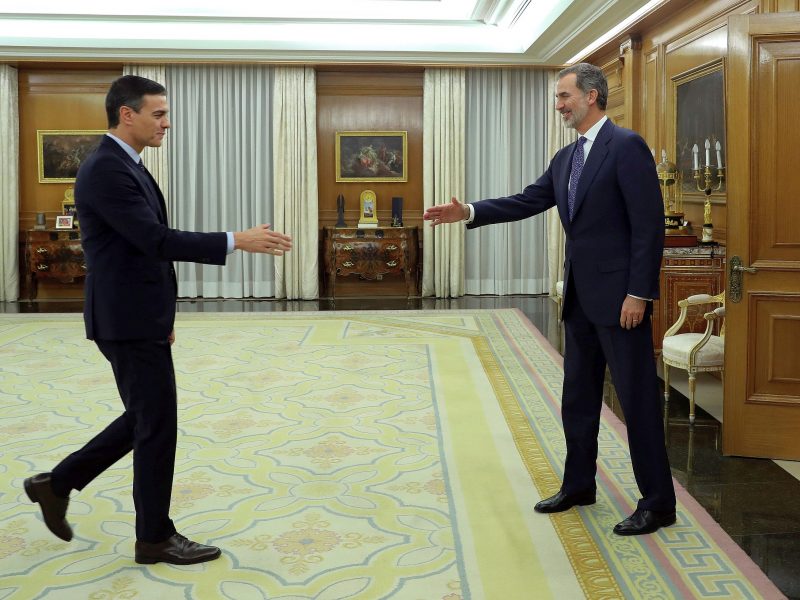 No ‘grand coalition’ with conservatives

The PP, he said, “is the alternative to end the nationalist (Catalan) and unconstitutional drift of a socialism that has lost its essence”, said Casado, EFE reported.

Casado accused Sánchez of having a political agenda that jeopardises the democratic transition system and the constitutional order in Spain.

Sánchez has ruled out the option of trying to forge a coalition with the PP and with the liberal centre-right Ciudadanos, insisting that he wants to form a government with a “clearly progressive” orientation, as per his agreement with the UP.

The November elections, the fourth national polls in Spain since December 2015, were a repeat of the 28 April vote, producing no clear victory or path to a coalition for either PSOE or the PP.