The billionaire’s ANO party won an October election by a wide margin but fell short of a majority and has struggled to gain partners.

If his minority government, appointed in December, loses the confidence vote it will stay in power until a new one is formed. President Milos Zeman has promised to allow Babiš another try. 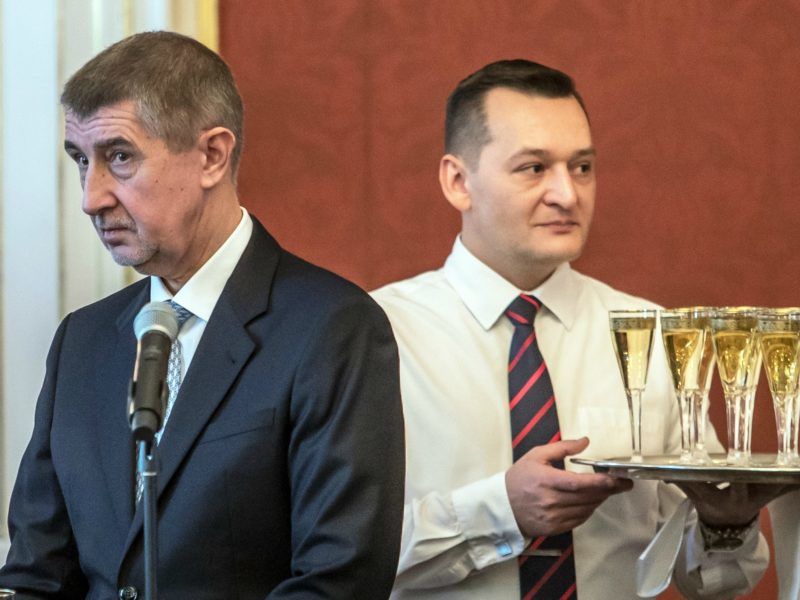 But the other eight parties in the lower house of parliament have refused to support Babiš while fraud charges hang over him. He denies wrongdoing in the case.

Losing the confidence vote would lead to further weeks or months of political talks, giving his opponents more time to try to unseat him as prime minister.

However, ANO’s convincing election victory means any viable government will involve the party, with or without Babiš, and analysts see the fear of early elections pushing the other parties to eventually compromise.

Babiš himself is counting on more talks. He told newspaper Pravo: “It already looks like the government will not get confidence at the first attempt.”

The tussle over a new government has not so far troubled financial markets, thanks to the country’s strong economy and sound budget.

ANO has won support with promises to run the state more efficiently and end political corruption.

Babiš is the Czech Republic’s second richest person through his Agrofert conglomerate, the country’s biggest private employer with firms in food, farming, chemicals and media.

He is fighting allegations he hid ownership of a farm and conference centre to get a 2 million-euro subsidy earmarked for small businesses when he ran Agrofert.

An investigation by the EU anti-fraud office OLAF has found “irregularities”, according to a report released last week by the Finance Ministry.

Czech leading journal @Hospodarky published a story about the content of OLAF's report on so called 'Stork Nest' case and EU funds fraud connected to Prime Minister Babiš. The interest is so big that the print version has been sold out in many places in Prague! #babis #olaf https://t.co/durDqWgEhq

Babiš has been formally charged in the case but has immunity from prosecution as a member of parliament, unless lawmakers lift this in a coming vote. He has called the charges politically motivated.

Political analyst Borivoj Hnizdo said the subsidy affair would figure in further party talks, but Babiš still might have a stronger hand than his rivals.

“Babiš has a bigger chance in a second round because a lot of parties do not want early elections,” he said. “It would be financially difficult for some parties and some parties could fear losing votes.”