Czechs want to know what’s wrong with their ill president 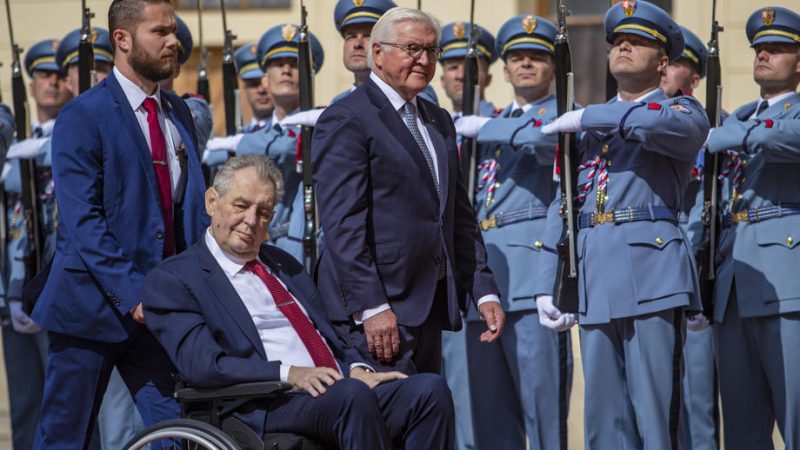 When Vaclav Havel nearly died of a ruptured intestine as Czech president in 1998, doctors provided daily updates on his condition.

Nearly a quarter of a century later, a Czech president is again in hospital but the public has not been told what is wrong with him.

President Miloš Zeman was taken into intensive care in hospital on 10 October. Since then, his spokesperson and doctors have not provided a diagnosis or said how long he will need to recover.

Politicians and members of the public are now asking whether the 77-year-old president is fit to carry out his duties in the central European country, where communists held power for over four decades until the 1989 Velvet Revolution.

It is all the more worrying, they say, because the Czech Republic has just held an election and it is the president’s duty to appoint the next prime minister.

“We are beginning to look like the Soviet Union or North Korea,” said Michael Zantovsky, a spokesperson for Havel in the early 1990s who now runs the Vaclav Havel Library, drawing comparisons with the secretive communist era.

The president’s spokesperson has said Zeman has been communicating and following developments in the country. Being in hospital has not got in the way of the president’s constitutional duties, he said.

The spokesperson did not respond on Saturday (16 October) to a request for comment on Zeman’s condition.

Two groups that were in opposition won a majority in the lower house of parliament in the 8-9 October election. Under the constitution, it is Zeman’s duty to accept the government’s resignation and appoint a prime minister after the new parliament convenes for its first session on 8 November.

The upper house requested information about the president’s prognosis in a letter to Zeman’s office on Monday. It had received no response as of Saturday, a spokesperson for the chamber said.

‘Not in good hands’

Speaker Miloš Vystrcil said on Friday the Senate could enact a constitutional clause to relieve Zeman of his duties after the lower house convenes if the situation does not change.

He questioned whether Zeman was aware of what his office was doing, telling reporters: “The president is not in good hands.”

The Czech president is directly elected. The government has most of the executive powers but the president is the chief commander of the armed forces, appoints key personnel including judges and central bank board members, and can issue amnesties.

If the president’s were stripped of his powers on the grounds of incapacitation, his duties would be divided, mostly between the lower house speaker — who would appoint the new prime minister — and the prime minister.

Zeman’s spokesperson said on Twitter the constitutional clause was meant for situations such as when the president is in a coma or abducted.

“If grossly abused against a person who normally communicates and thinks, the president would become a de facto state prisoner,” the spokesperson said.

Citing a lack of clearance from Zeman, the hospital has said only that the president had complications related to an undisclosed chronic illness.

Zeman’s wife said on Thursday his recovery would “take time” but gave no details.

The hospital rebuked Vondracek for visiting without doctors’ knowledge, distanced itself from his comments on Zeman’s health and asked police to enforce a ban on visits without doctors’ consent.

Zeman, a smoker, has previously battled diabetes and neuropathy – nerve damage or dysfunction – in his legs, and he has started using a wheelchair.

He spent eight days in hospital in September, when his office said no life-threatening problems were discovered.

Wrote what I hope is a fair – though obviously personal – profile of #Zeman for @BBCWorld. https://t.co/yYLfjFsFEN