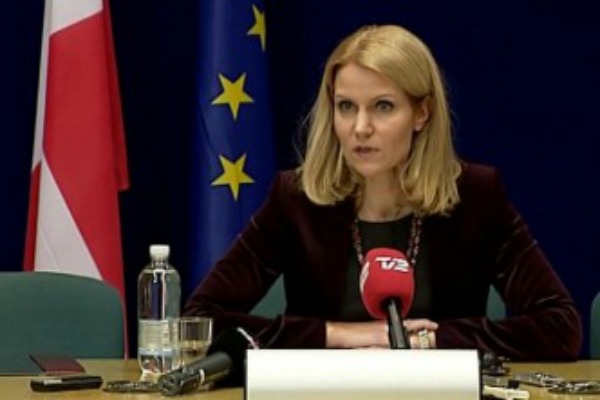 Danes will vote in May next year on whether or not to join the EU's Unified Patent Court, the Danish government confirmed on Thursday evening (19 December).

As Denmark has an opt-out from EU legislation on justice, more than 80% of MPs have to support Denmark joining the patent court, or the government must call a referendum.

While the Danish centre-left government is in favour of joining the patent court next June, the anti-EU parties in the parliament, the semi-communist Red-Green Alliance and the right-wing nationalist Danish People's Party, have been blocking an agreement.

The Danish People's Party had demanded that the government either set up new rules for EU migrants in an attempt to avoid 'benefits tourism' or promise a referendum on the banking union, which Denmark, as a non-euro country, still has to decide on, in return for backing the patent court.

In August, Danish opposition leader Lars Løkke Rasmussen told Prime Minister Helle Thorning-Schmidt to give the Danish People's Party "whatever it takes" to get the party to support the patent court.

However, on Thursday evening Danish Minister for EU Affairs Nick Hækkerup confirmed that a referendum would take place on 25 May, the same day as the European Parliament elections in Denmark.

"Of course it would have been easier if the Danish People's Party or the Red-Green Alliance had said that they agree that this [the patent court] is a really good idea. But now we will get a referendum and a good debate," Hækkerup told Danish Broadcasting.

A common European court is supposed to make patent applications easier and cheaper within the EU as companies would only have to apply in one place, instead of in several EU countries. It is thought that such an arrangement would boost Europe’s competitiveness against other world regions.

After 30 years of discussions about where the headquarters of a new potential patent court could be located, EU leaders finally agreed during the Danish EU presidency in June 2012 to set one up in Paris, with two departments in Munich and London. All EU countries signed up for this, except for Croatia, Poland and Spain.

Hækkerup added that he hoped for a Danish 'yes' in May.

"This is about protecting the ideas we come up with in Denmark. When Danish companies produce something, we don't want other countries to steal these ideas. We need to avoid copies," he stated.

Pia Adelsteen, EU spokesperson of the Danish People's Party, said she was "delighted" that the Danish government had "given up" in the negotiations.

"When we give up sovereignty, we need to ask the Danes first. There have been many times where we wanted a referendum but couldn't get it because we weren't giving up sovereignty to the EU," she said.

With these opt-outs, the Danes accepted the treaty in a second referendum held in 1993. In 2000, Danes rejected a referendum on adopting the euro.