Head of The Social Democrats, Mette Frederiksen, (R), and Prime Minister and head of The Liberal Party, Lars Loekke Rasmussen, (L), before a television debate at TV 2 in Odense, Denmark 19 May 2019. [EPA-EFE/Mads Claus Rasmussen]

The Social Democrats, who are nevertheless unlikely to win a majority, are polling highly in an election that is likely to see the end of  four years of governance by a ‘blue bloc’ coalition featuring the Liberal Party (Venstre), the Liberal Alliance and the Conservative People’s Party, led by Prime Minister Lars Løkke Rasmussen.

The Social Democrats have recently been in the spotlight for appropriating some of the anti-immigration rhetoric that has in recent years become synonymous with their rivals in the Danish People’s Party (Dansk Folkeparti – DPP). 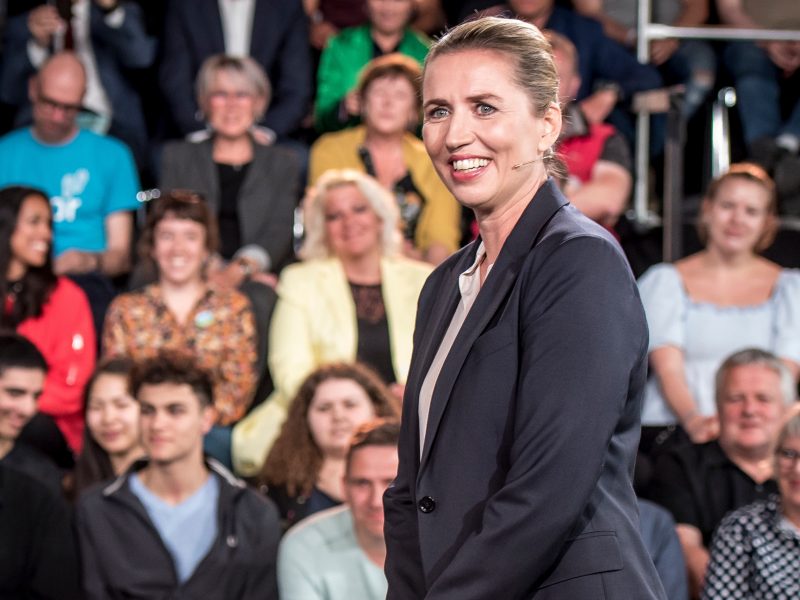 Ahead of Wednesday’s (5 June) general election in Denmark, one thing is certain: immigration policy will remain tough.

The enigmatic leader of the Social Democrats, Frederiksen, 41, took over at the helm of the party following Helle Thorning-Schmidt’s reign as party leader.

Since then and following on from the refugee crisis, Frederiksen has sought to adopt a tougher stance on immigration, in the hope of eating into support for the right-wing DPP.

Under her leadership, the Social Democrats have substantially revised their policy positions on immigration issues, including calling for a cap on non-Western immigrants, advocating for the potential repatriation of asylum seekers to North Africa, as well introducing obligatory work for all immigrants.

Moreover, Frederiksen’s party has supported plans to outlaw the burqa and niqab, and has voted in favour of new measures to strip jewellery from incoming refugees to the country.  The party has also backed plans to “house criminal asylum seekers on an island used for researching contagious animal diseases”, The Guardian reported.

This, along with the fact that the election campaign has also seen the rise of a new far-right party, Hard Line, led by convicted racist Rasmus Paludan, who advocates for the deportation of all Muslims from Denmark and has achieved infamy for burning copies of the Quran, contributes to the notion that extremist politics is alive and well in the country.

Hard Line is also political bedfellows with The New Right – a Eurosceptic outfit who want to ban asylum for all refugees, except from those coming to the country through the UNHCR resettlement program. Both parties could well obtain a seat in parliament for the first time.

“Danes are not turning away from right-wing extremism,” Marlene Wind, Professor in European Politics and Law, at the University of Copenhagen, told EURACTIV. “Two extremist parties look like they could well enter parliament after this election.”

“The extremist vote is being split between support for the Social Democrats and the far-right front.” 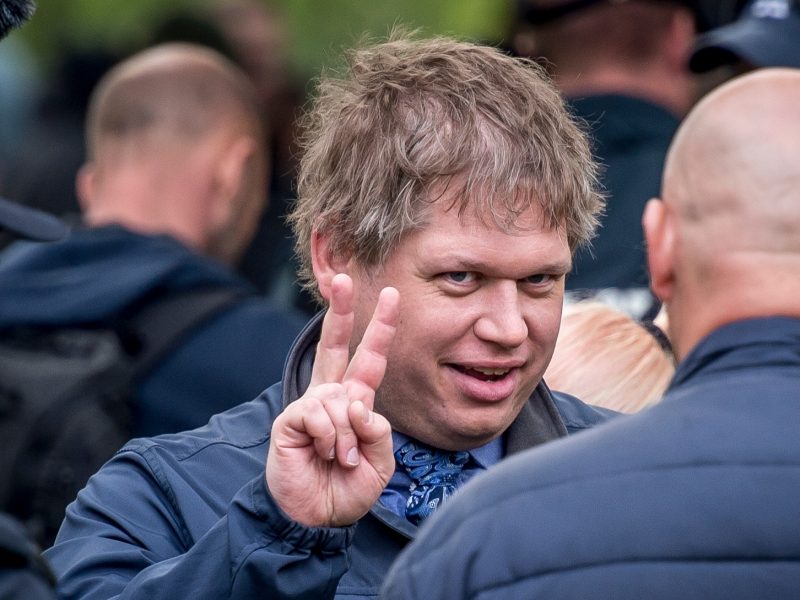 Polls ahead of Wednesday’s vote suggest that the Social Democrats could end up taking around 30% of the vote, and increasing their seats in the Folketing by a small handful.

What could be more telling is how badly the Danish People’s Party performs, given it is considered a blue bloc ally on the right and that it recently suffered bad losses in the European Parliament elections.

Their drop in support has widely been attributed to the fact that the Social Democrats have managed to steal their limelight on the immigration-based policies.

“All polls suggest we are going to be punished emphatically by voters compared to the election in 2015,” he wrote.

A YouGov poll published on Tuesday evening (4 June), put the DPP at just 11% – a significant markdown from their 21.2% in 2015, when they became Denmark’s second largest party.

University of Roskilde political scientist Flemming Juul Christiansen told AFP recently that “the Social Democrats realised that if they don’t want to lose yet another election on the immigration question, they needed to emulate the policies of the Liberals and the Danish People’s Party”.

As a result, Frederiksen’s strategy since 2015 for rallying the cause for anti-immigration policies seems to have paid if, if the polls are anything to go by.

“For me, it is becoming increasingly clear that the price of unregulated globalisation, mass immigration and the free movement of labour is paid for by the lower classes,” she said in a recent biography.

However, the real challenge for the enigmatic leader of the Social Democrats will come after the elections, as Frederiksen will have to seek support from her allies in the red bloc in order to form an alliance large enough to govern. She is likely to approach the Social Liberals for support, who could win up to 16 seats.

However, the more liberally-minded parties within the red bloc have already demanded concessions on immigration, should they decide to partner up with the Social Democrats in government.