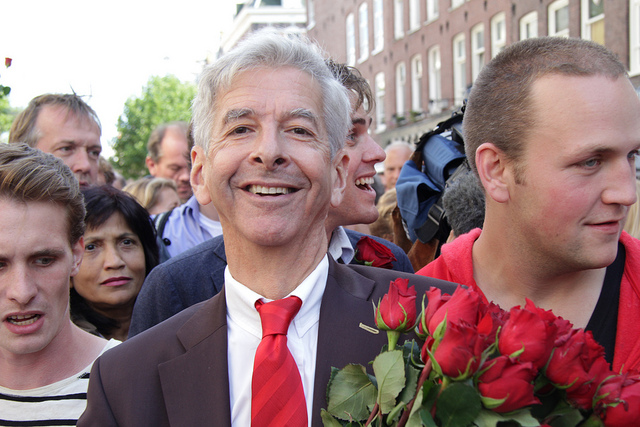 A Dutch cabinet minister faced calls to quit yesterday (11 February) after admitting he wrongly told parliament that 1.8 million telecommunications intercepts had been collected by the US National Security Agency, rather than the Dutch spy service.

The departure of Internal Affairs Minister Ronald Plasterk would come at a bad time for Prime Minister Mark Rutte’s coalition government. It is polling near its lowest level since taking power in November 2012 and only two weeks ago saw deputy finance minister Frans Weekers resign over a benefits scandal.

Plasterk wrote on Monday in a letter to parliament that it was the Dutch intelligence service, not the NSA, that had collected the so-called metadata.

Plasterk was grilled for hours by opposition parties during a debate that ran late into the night Tuesday. He was accused of “misleading” the Dutch people, “lying” to lawmakers and intentionally withholding information.

Plasterk said he had known since 22 November that he had provided incorrect information to the public and parliament and informed the prime minister about the error on 10 December. He only told lawmakers of the mistake in early February.

Explaining his error, he said he had sought to counter media reports in Germany and France that 1.8 million Dutch phone calls had been bugged, and had suggested the NSA had done so, which turned out to be wrong.

“I shouldn’t have done it and I apologise,” Plasterk told parliament. “I am offering an apology because I shouldn’t have speculated. It was poor judgment and I am sorry.”

The meetings were set to run into the early hours of Wednesday, when opposition parties were expected to submit a no-confidence vote.

Plasterk said the Netherlands shared that metadata with the NSA and he defended his decision not to be more forthcoming earlier, saying he wanted to protect “the modus operandi of the state intelligence service”.

“The minister is trying to use the label of state secrets to conceal his own failings,” said Socialist Party member Ronald van Raak. “The minister willingly and intentionally misinformed this chamber.”

Plasterk could have confidentially briefed parliamentary subcommittees, but chose not to, opponents said.

Earlier Tuesday, several opposition parties called for Plasterk, a prominent member of the Labour Party which shares power with the business-friendly Liberals, to quit.

The Plasterk issue is weighing heavily on his Labour party, which slipped sharply in a leading opinion poll published over the weekend.

Media revelations based on intelligence documents leaked by fugitive NSA contractor Edward Snowden that the NSA spied on the electronic communications of European Union citizens including German Chancellor Angela Merkel, as well as EU institutions, deeply embarrassed Washington and frayed relations with some of its most important allies.

But some EU governments acknowledged that they had also shared metadata their agencies had collected with the NSA, drawing accusations of hypocrisy over their sharp criticism of US cybersurveillance abroad.

Europeans have reacted angrily to allegations that a US intelligence agency had tapped the servers of internet companies for personal data, saying such activity confirmed their fears about American Web giants' reach and showed that tighter regulations were needed just as the EU and US are about to launch trade talks.