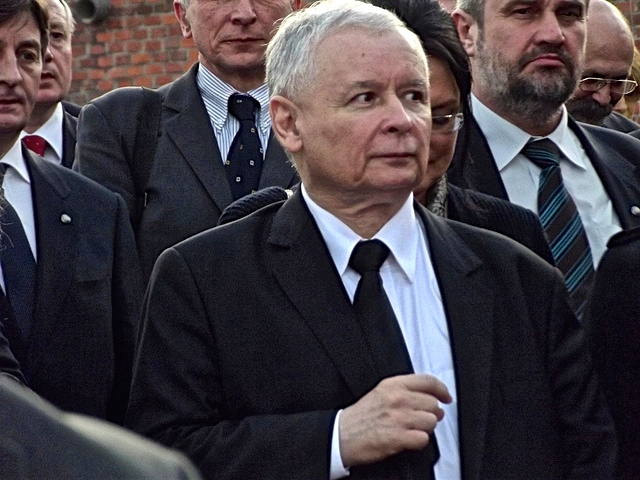 Polish prosecutors are searching the offices of the magazine Wprost, the Warsaw prosecutor’s office said yesterday (18 June), after the magazine published tapes of officials’ conversations embarrassing to the government.

The move caused uproar in the media and among opposition politicians, who said freedom of speech was at stake in Poland, the largest economy in central and eastern Europe and a state hailed for its successful transition from Communism to a market economy.

Poland has laws protecting the right of journalists to keep their sources secret, but a spokeswoman for the prosecutor said the tapes were “evidence” needed in criminal proceedings.

In that recording, made last July in the private room of a Warsaw restaurant, the two men discuss how the central bank might help the government out of its economic troubles if it is heading for election defeat.

According to a transcript of the recording, Belka also talked with Sienkiewicz about the possibility of wielding a state “truncheon” against one of Poland’s businessmen.

The deputy chief editor of Wprost, Marcin Dzier?anowski, told TVN24 television that a prosecutor and agents of the Internal Security Agency were trying to gain access to the laptop of Sylwester Latkowski, the chief editor.

Latkowski appeared on TVN24, holding his laptop, and saying, “Physical force has been used against me.”

A journalist at Wprost, Michal Majewski, tweeted: “Mr prosecutor orders use of force to take laptop of @LatkowskiS … This is not happening!.”

“They are drawing more police to the entrance. ABW agents. Surrounding the editorial,” he also tweeted.

Polish law says that only a court decision can remove the obligation that journalists have to protect their sources of information. The prosecutors have not brought any charges against Latkowski.

Reuters made repeated calls to spokespeople of the Internal Security Agency, Warsaw Praga Poludnie district prosecution, handling the case, but received no reply.

The Warsaw police spokesman, Mariusz Sokolowski, said that it was not the police “conducting these actions.”

“I have no idea what is happening in the headquarters of Wprost,” he said.

Television footage showed policemen and a prosecutor inside the editorial offices of Wprost, surrounded by journalists and cameramen.

The footage also showed journalist in the editorial shouting “go home” at the police.

Prime Minister Donald Tusk has not dismissed the interior minister, who is still in charge of law enforcement.

“We are dealing with an action against the freedom of speech … a value protected by the constitution,” said Jaros?aw Kaczy?ski, leader of the largest opposition party, Law and Justice.

“We must defend […] Polish democracy,” Kaczy?ski told a press briefing after news of the search emerged.

Kaczy?ski has called on the government to resign after the tape scandal.

Forty-eight percent of Poles now want Tusk’s government to step down, according to a poll by Millward Brown published by TVN24 broadcaster showed on Wednesday. The poll also showed 30 percent of respondents said the prime minister should not resign.

Poland celebrated 25 years of freedom at the beginning of June, commemorating its overthrow of the Communist regime and the first partly free elections in 1989, in celebrations attended by US President Barack Obama and France’s President Francois Hollande, among others.