By Jesus Lozano | EURACTIV with efe-epa

Several supporters of the Spanish Ciudadanos (Citizens) party are escorted by Basque regional riot police as they attend a party election campaign event in the town of Errenteria, Basque Country, northern Spain, on 14 April 2019. [EPA-EFE/Javier Etxezarreta]

Spain is gearing up for its third general elections in just over three years within a political atmosphere of instability and uncertainty such as has not been seen in 40 years and which looks set to continue even after ballot day, analysts say. EURACTIV’s partner efe-epa reports.

Such is the current volatility that political parties are constantly pleading with voters who are as yet undecided – between 30-40% of the electorate according to pollsters – as well as with declared abstainers, in a bid to secure their support.

“Whoever ends up in government, it is going to come down to a mere handful of votes,” Professor of Political Communication at Madrid’s Complutense University, María José Canel, told Efe.

Spain’s electoral system, which tends to hinder the less-voted-for parties in the smaller provinces where just five or fewer lawmakers are elected, also contributes to the instability.

Very few things seem certain, one of them being that the ruling Socialist Party will, according to all the polls, win the elections with a simple majority, something that does not guarantee it an ability to remain in government.

Another certainty is that the newcomer far-right Vox party will obtain parliamentary representation for the first time.

In a Parliament that is expected to be very fragmented, the key to a possible government coalition pact can lie with small but decisive parties, such as pro-independence Catalan or Basque nationalist entities, or Vox.

“The levels of voter loyalty have been weakened and that is why we have so much electoral volatility,” said Irene Delgado, Professor of Political Science at Spain’s National Distance Education University (UNED). 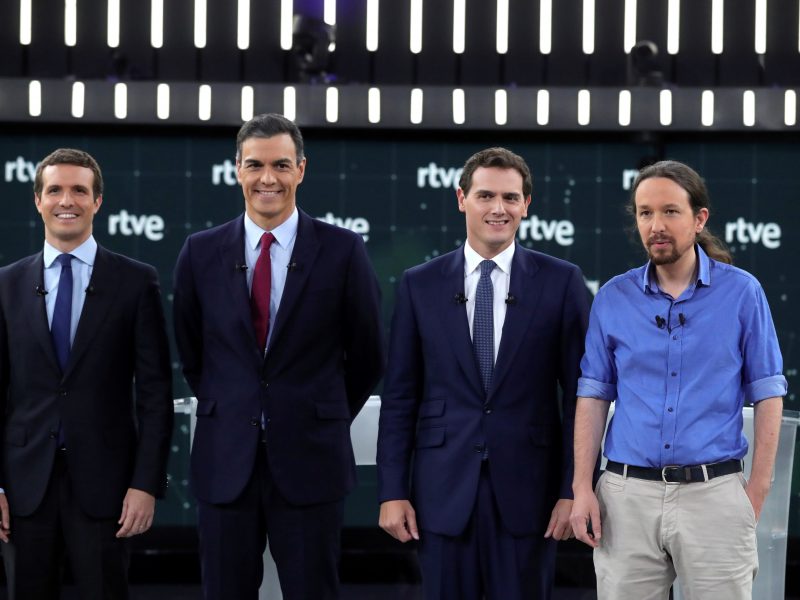 From two parties to multipartyism

For several decades, two large forces, one from the centre-left (the Socialist Party, PSOE) and the other from the centre-right (Popular Party, PP) alternated in government, with sporadic support from the Basque and Catalan minorities.

This imperfect bipartisanship ended abruptly in the December 2015 elections when two other national parties entered parliament, known to Spaniards as the Congress of Deputies: Podemos (left – “We Can” in Spanish) and the business-friendly Ciudadanos (“Citizens” in Spanish).

Negotiations and parliamentary alliances proved to be impossible and new elections were necessary in June 2016.

The PP won those two elections, but without the absolute majority it had commanded in 2011.

Finally, the then conservative leader, Mariano Rajoy (PP), was able to stay on as prime minister in 2016 thanks to a pact with Ciudadanos and the abstention of a majority of Socialist lawmakers.

But instability reared up again on June 1, 2018, when the Socialist lawmaker Pedro Sánchez seized power from Rajoy by tabling and winning a motion of no confidence in the lower chamber with the support of Podemos as well as Catalan separatists and Basque nationalists.

Spain’s lower chamber in February rejected the Socialist’s 2019 State Budget proposal and Sánchez was forced to call general elections for April 28. Commanding only 84 of the 350 lawmakers in Parliament backing him, he had no choice. 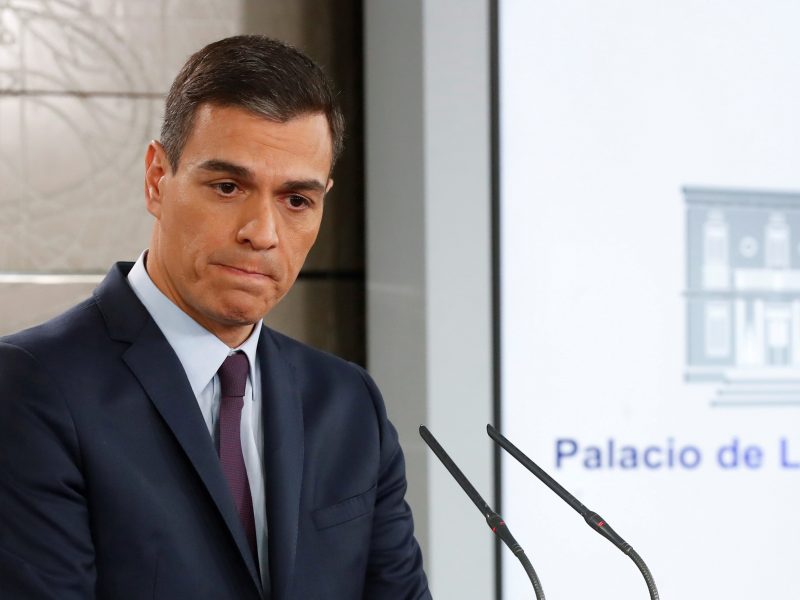 Spanish Prime Minister Pedro Sanchez called on Friday (15 February) for snap elections on 28 April, only nine months after he took office, after failing to secure the Parliament’s support for his 2019 budget.

Electoral jockeying had, however, begun many months earlier, with an acrimonious atmosphere leading to emotional rather than rational point-scoring and unrelenting attacks traded between right and left, often due to the separatist tensions emerging from the prosperous northeastern region of Catalonia.

“This has been one of the most intense electoral campaigns, perhaps made more so for one fundamental reason: the great uncertainty about the potential results,” said Canel.
It is also the first time that five national parties: the PP, PSOE, Podemos, Ciudadanos and Vox will have a relevant presence in Parliament, according to all the polls.

“The most certain thing is that the PSOE is the one that will end up with the most votes and that Vox enters with enough representation to fragment the right,” said Canel.

The polls suggest that the Socialists would obtain around 30% of the votes and more than 100 lawmakers in the lower chamber, so the key is how many more seats will be needed to secure an absolute majority of 176 or to approach it and through some sort of alliance.

One possibility would be an agreement between PSOE and Podemos, although they would probably need the Catalan separatists, who have stipulated their requirement of a referendum on self-determination. 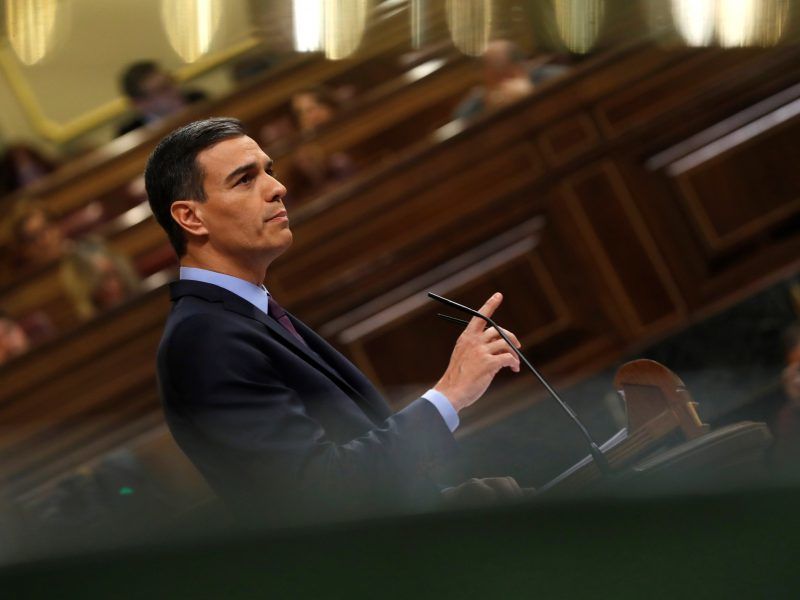 Spanish Prime Minister Pedro Sánchez said on Wednesday (12 December) he would stand firm against what he called “inflammatory” Catalan separatist rhetoric, hardening his stance towards the region and upping the stakes in a broader political game.

Another uncertainty is where the main opposition PP, until now the majority party with 134 seats, will end up as it struggles to cope with the split in the right-wing vote due to Vox and Ciudadanos. It is unclear how many seats the three parties could muster.

Some analysts foresee they could achieve 99 seats, said Canel.

“It is too soon to speak of Spain being ungovernable,” said Delgado, adding that “there may be different formulas so that, in some way, a long-term government can be formed.”
It could be that a political force might form a logical coalition government, she said.

“The panorama is too open to risk making predictions, the only thing we can assure is that there is not going to be a political force that alone can obtain an absolute majority.” 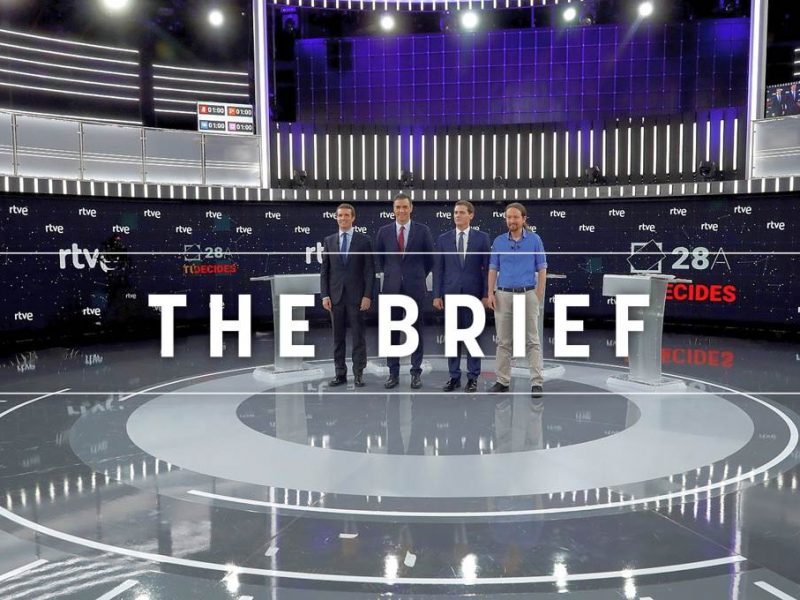