“To listen without making judgements, in order to obtain as full a picture as possible and come up with proposals for the European elections,” Arthur Corbin, LREM (La République En Marche) organiser in Brussels said of the movement’s aims. Corbin also took part in the launch of the Grand Marche for Europe this weekend, along with Verhofstadt.

The Grand Marche for Europe will be officially inaugurated by the French President Emmanuel Macron in Strasbourg on 17 April, during the launch of citizens’ consultations. The aim is to breathe new life into the party after the French presidential election, at a time when certain disillusioned members have accused it of being authoritarian and trying to limit debate.

In Brussels, the kickoff was planned for 24 March but was then pushed back because of the attacks in Carcassonne and Trèbes. It eventually took place on 7 April, with Pieyre-Alexandre Anglade, the  French MP representing French citizens living in the Benelux, and Verhofstadt, the Belgian MEP and head of ALDE.

Although Verhofstadt said some of the members of his group are also part of the French En Marche party, he categorically refused to comment on a possible link-up between  ALDE and LREM. “This is not the right question. It’s typical of old political reflexes,” he stated.

“What we need now is a European transformation,” said the former Belgian prime minister, “a broad movement which provides a solution to the older Christian democratic and socialist formations that have dominated European politics for decades now”.

Macron: a catalyst for Europe

Verhofstadt believes a great movement and a catalyst for Europe could be created with Macron at the helm, and hopes to base this European transformation on Macron’s Sorbonne speech.

Pieyre-Alexandre Anglade,  who describes himself as a convinced but not uncritical European, wants the Grand Marche to address the many things in Europe that don’t work.

“Even if the European project seems to be doing better, we must make even more efforts in order to come up with an ambitious plan for a transformation in 2019. This is all the more important as there are nationalists, populists and, as Guy Verhofstadt would say, fundamentalists of all persuasions in many member states nowadays,” Anglade said.

“When they criticise Europe, Eurosceptics are not wrong but they do not provide any solutions. In the EU, not everything works, a transformation is needed and the EPP and S&D were not capable of launching this transformation, as they are too busy focusing on their power at the national level,” said Verhofstadt.

For Verhofstadt, the answer is clear: abandoning the unanimity rule, which prevents the EU from functioning by jamming the system and slowing Europe’s response on all issues, from the Greek crisis to the migrant crisis.

It was great to be at the launch of #GrandeMarcheEurope in Brussels. People want a different Europe. Together, the pro-European and reformist movements can make this happen. That is the only way to break the status quo. Avanti! #IamEuropean ?? pic.twitter.com/CRC39SQSSN

National Lists and the European Parliament

“With En Marche, we have made the choice to bring Europe back to the heart of the national political debate because the issue of Europe was for many years abandoned by those who should have led the project forward, and was instead left to Eurosceptic groupings,” said Anglade.

This should involve a change in the voting system for the European election return to national lists. According to him, voting districts drawn up in 2003 were a way for French parties, notably LR and PS, to diffuse the debate which divided them internally.

“This system will oblige parties which don’t always take a clear stance on Europe to clarify their proposals”.

He is also in favour of giving more power to the European Parliament. “The national mandates of the members of the Council should not constitute a European mandate,” he stated. “The upcoming election, which is not always treated as seriously as it should be in France needs to be prepared with more zeal.”

Any transformation must also result in a change in the Parliament “ as the two entrenched political groups, the EPP and S&D, are both made up of opposing tendencies, which results in national delegations having had little in common for many years and limits the Parliament’s action.” 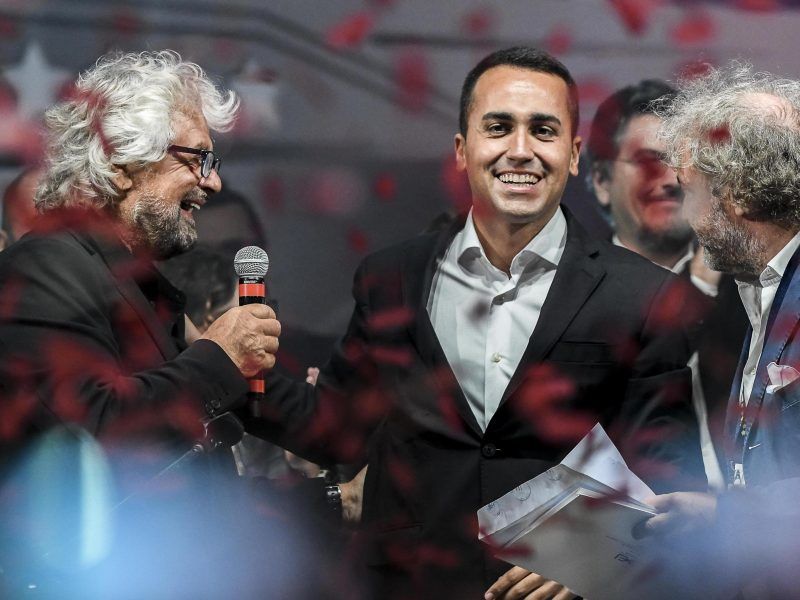 The Italian press reported that France’s Europe En Marche was reaching out to the 5 Star Movement. This was then clearly refuted by En Marche.