EPP to draw ‘profile’ of next EU Commission President 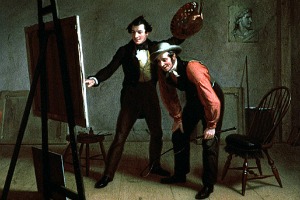 The centre-right European Peoples’ Party (EPP) will start sketching the 'profile' of the next European Commission President at its upcoming congress in Bucharest next week, its President Wilfried Martens told the press yesterday (11 October).

Martens, who is a former Belgian Prime minister and founding member of the EPP, met  the press ahead of the political family’s “statutory” congress to be held in Bucharest on 17-18 October, just ahead of the 18-19 EU summit. The statutory meeting, held once every three years, elects a new leadership and updates the party platform (see background).

Martens explained that for the election of the next Commission President, the EPP will proceed in two stages. The first will be to agree on the profile of the candidate, and the second on the procedure of the election.

Looking for a polyglot?

At first sight, his statement eliminates at least one of the EPP heavyweights, namely the Polish Prime Minister Donald Tusk, whose name was rumored as a possible successor to José Manuel Barroso. Tusk speaks English, but hardly enough to deal with complex issues at the highest level.

Asked if the EPP envisaged some sort of primary election, he gave a negative answer, saying that the Party of European Socialists (PES) had also dropped the idea.

Martens took aim  at “his colleague”, as he called the PES leader Sergei Stanishev, who argued in an op-ed he contributed exclusively to EURACTIV that Barroso in his recent “state of the Union” speech had stolen the idea from PES.

In his op-ed, Stanishev argued that Barroso had presented as a new initiative something for which in his words PES had been working for the last three years.

Martens took a long excursion in history to illustrate his thesis that the election of the Commission President has been something that EPP had championed for many years, and that what Stanishev wrote was “not true”.

While speaking, Martens read from an op-ed he wrote himself in response to Stanishev. He said that EPP had urged all European political parties to follow the spirit of the then yet-to-be-ratified 'constitutional treaty', which stipulated that the nomination of the Commission president should take into account the result of the European elections.

But in spite of this, the then German Chancellor Gerhard Schröder and French President Jacques Chirac proposed Guy Verhofstadt as Commission President, months before the elections, which EPP won.

“And you know what happened? Finally President Chirac and Chancellor Schröder had to accept, after a long night of discussions with other members of the European Council, not to to support Mr Verhofstadt and accept an open discussion for a new candidate,” he said.

Martens reminded that EPP proposed former Commissioner Chris Patten, but as his candidacy was rejected, finally Barroso was retained.

The European Council votes by qualified majority for a nominee for the post of president, taking account of the latest European elections.

This proposal is then put before Parliament which must approve or veto the appointment. If an absolute majority of MEPs support the nominee, he or she is elected.

Martens reminded that in 2009, the Socialists had not presented a candidate. Indeed, at that time the Socialist Prime Ministers of Spain José Luis Rodríguez Zapatero and of Portugal José Sócrates backed Barroso, making it impossible for their PES-affiliated colleagues to propose an alternative candidate.

As a result, Barroso, a former Portuguese Prime Minister, was re-elected with full unanimity. This has put centre-left leaders in an embarrassing situation, because some of them they had made “vitriolic” attacks against Barroso whom they finally supported, Martens said.

Asked about the fact that the EPP congress takes place in Romania, while concerns over Prime Minister Victor Ponta's democratic credentials persist, Martens surprisingly said that the situation in the host country had improved.

“It is an extremely important fact that Romania is a member state of the EU. That means that in this situation of heavy tensions, the EU, the Commission, the European Parliament, some European families intervened, stressing the necessity to respect the basic rules of the Union. This had as result that finally a new balanced situation was created,” he said.

Asked to repeat this statement, he said that “a new, more balanced situation was created”.

Officially, it was the Romania hosts who asked the congress to be moved.

But before that, the French Socialist Party, meeting on 25-26 August for a “Summer University” in La Rochelle, opposed holding the congress in the Romanian capital over concerns about the heavy-handed conduct of Prime Minister Victor Ponta, leader of the social democrats, vis-à-vis his political opponents.

Martens explained that the decision to hold the congress in Bucharest was taken by his political family one year ago on the basis of competitive bids. Cyprus too was a candidate to host the EPP congress, he said.

The EPP currently has 75 member-parties in 39 EU and non-EU countries. Its leaders are President Wilfried Martens and Secretary-General Antonio Lopez-Isturiz. The EPP presidency has 18 members (more).

The EPP’s Political Assembly defines the political positions of the party between each Congress, held every three years.

The EPP holds summits prior to European Council Summits. These sessions offer EPP leaders an informal and confidential setting to air their differences and seek consensus within the EPP family in an effort to develop common positions at the European Council.

The EPP group is the largest in the European Parliament, with 271 members and three observers from Croatia.