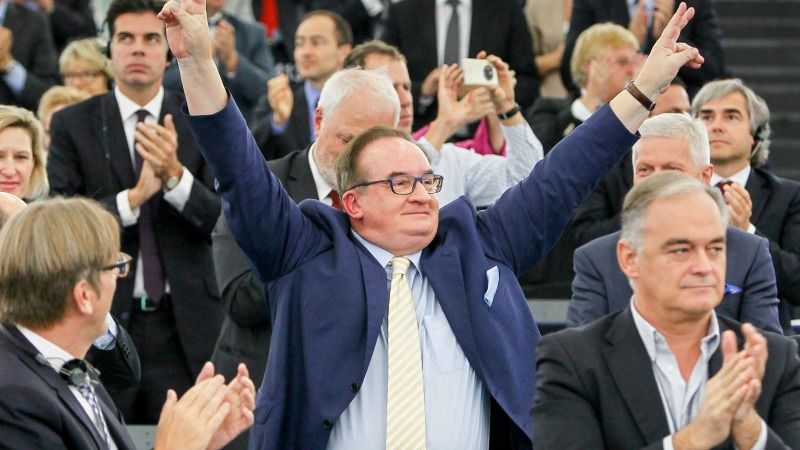 In a sign of mounting frustration among fellow Europeans with the right-wing government in Warsaw, Manfred Weber said in a statement that the conservative European People’s Party (EPP), the biggest group in the EU legislature, would expel Jacek Saryusz-Wolski if he did not drop the bid to replace Tusk, which many diplomats see as farcical.

EU leaders are expected to give Tusk, a former Polish prime minister from the centre-right Civic Platform (PO), a second 30-month term as president of their European Council during a summit in Brussels on Thursday (9 March).

Until Saturday, no other candidate had emerged. By tradition any challenger would be expected to be a sitting or recently retired government leader. All members except Poland have backed Tusk.

However, the current Warsaw government run by Tusk’s right-wing opponents, the Law and Justice party (PiS) headed by Jaroslaw Kaczynski, has insisted Tusk should not be reappointed.

Poland confirmed yesterday (28 February) it would oppose the reappointment of former Prime Minister Donald Tusk next week as president of the European Council, highlighting the increased isolation of the nationalist Polish government in Europe.

On Saturday, it nominated Saryusz-Wolski, a PO lawmaker who sits in the European Parliament in Weber’s EPP group.

Weber, an ally of German Chancellor Angela Merkel, said on Sunday that the EPP continued to back Tusk, also an EPP member, and said it would expel Saryusz-Wolski if he did not drop out.

“Donald Tusk … enjoys unanimous support from the entire EPP family,” Weber said in a statement. “It is symptomatic that the Polish government once again pursues only a Polish domestic policy agenda and has completely abandoned any constructive ambition at European level. Every further attack on Donald Tusk will only jeopardise Polish interests in Europe.”

Under PiS, Poland, by far the biggest ex-Communist country in the EU, has been criticised by Brussels for attempting to curb the powers of the constitutional court and the media. Tusk himself weighed in the debate, urging the ruling party to respect the constitution and the democratic process, attracting fury from PiS rulers.

Tusk rallies against 'undermining of democracy’ in Poland as protests continue

European Council President Donald Tusk weighed in on Poland’s political crisis on Saturday (17 December), urging the ruling party to respect the constitution, the voters and the democratic process, as two days of anti-government protests spread from Warsaw to two other cities.

Diplomats said the dispute over Tusk was unwelcome for nearly every other government. The chances of them naming another Pole to succeed him are virtually zero. Even putting that aside, few see the little-known Saryusz-Wolski as credible.

Nonetheless, Kaczynski’s attack on Tusk creates a diplomatic embarrassment at a time when the EU is struggling to reaffirm its unity and credibility after Britain’s vote to quit.

Legally, no state has a veto. Tusk’s reappointment can be confirmed by a majority vote. In 2014, the Council overrode fierce objections from then British Prime Minister David Cameron to appoint Jean-Claude Juncker president of the EU executive.

However, diplomats say that leaders place greater store on finding a consensus choice when it comes to the presidency of their own summit institution, and would prefer not to vote on it.