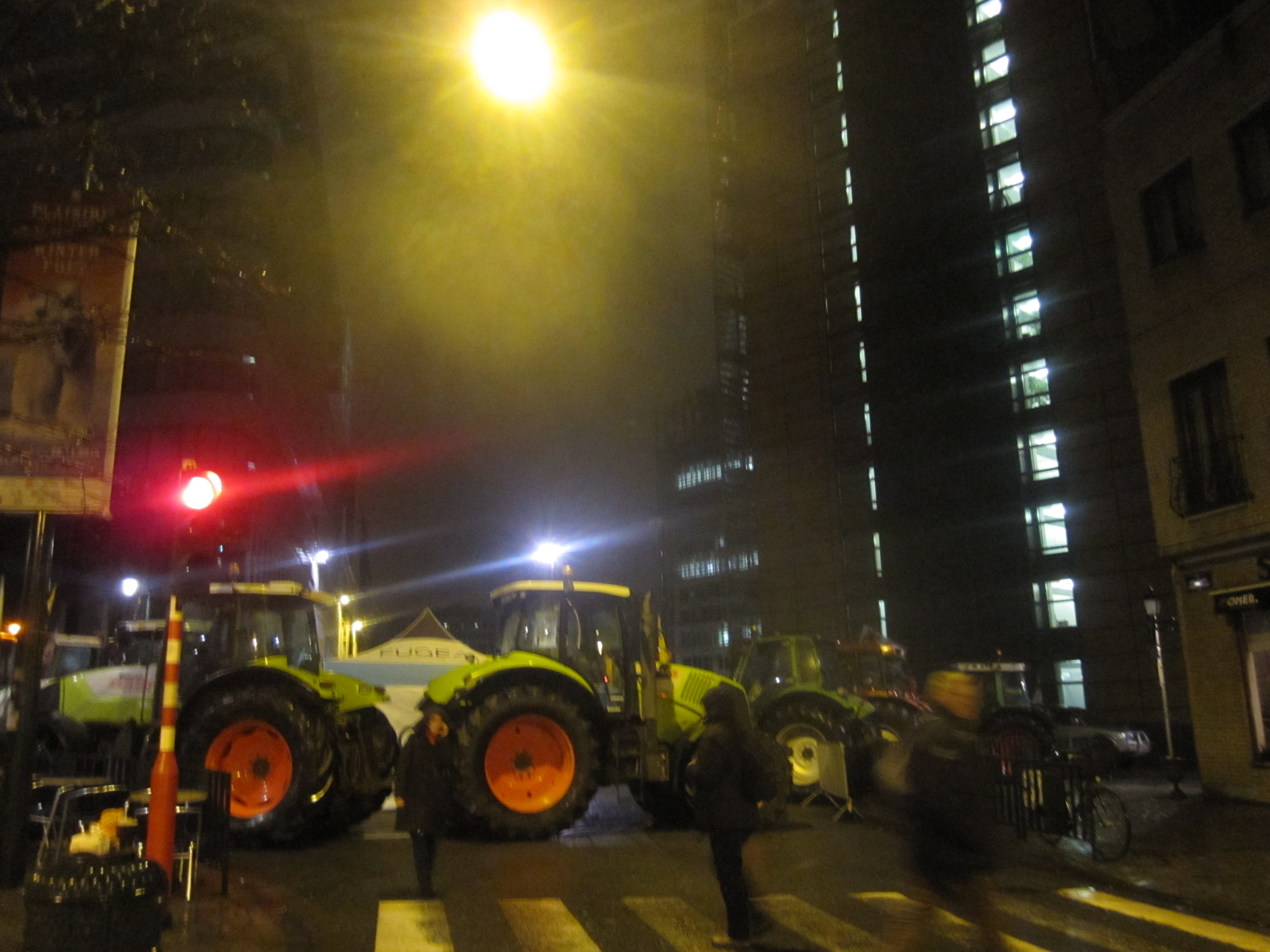 Tractors in front of the Commission Berlaymont building. [Georgi Gotev]

EU leaders finished their summit in the early hours of 19 December, avoiding major protests that have completely blocked the centre of Brussels Friday.

During the night, convoys of tractors from Walloon neighbourhoods reached the centre of Brussels. The European quarters around the flagship monuments of the Council and the Commission were completely blocked this morning, both by police and by tractors.

Agricultural workers from Alliance D19-20, named after last year’s December summit, had been planning a “peaceful surrounding” of the EU summit today, with 2000 to 3000 of them present on the ground. It looks like the protestors are largely unaware that EU leaders are actually gone, or at least they still plan to protest, in spite of the fact that the EU buildings are basically empty.

“We want to say no to austerity applied everywhere in Europe and the free trade treaties. The austerity measures taken at national level result from decisions taken at EU level. It is important to create social resistance against these policies. Our goal is to be seen and heard by decision-makers, to be near them to express our disagreement”, Sebastian Franco, head D19-20 was quoted as saying by RTL.

Franco said that last year, 2500 people took part in the protests and said he expected that even more would protest this year.  Reportedly, the Alliance D19-20 consists not only of farmers, but of trade union activists, artists, workers, unemployed, artists, NGO representatives. “Delegations” from abroad are expected, particularly from France and Germany.