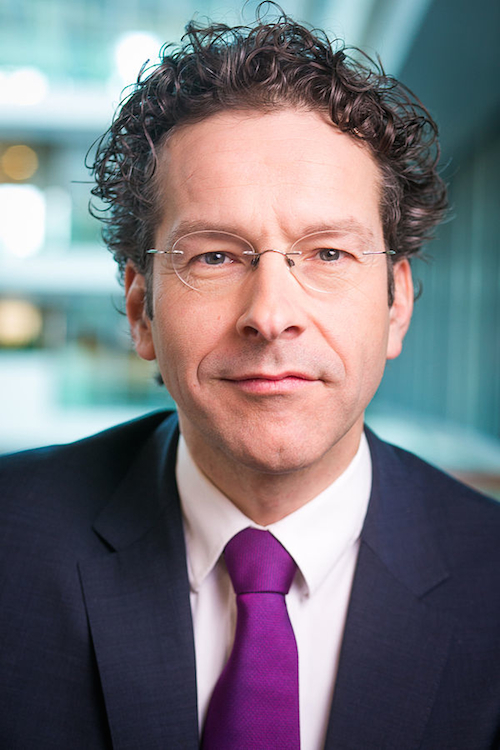 Europe showed a willingness on Monday (26 January) to give Athens more time to pay its debts, but little sign that it would yield to a new Greek government’s demands for debt forgiveness.

European Union leaders and policymakers responded to Greek anti-bailout party Syriza’s election victory on Sunday with warnings that a debt reduction for Greece would be against eurozone rules and would send the wrong message to other members of the single currency.

Before any talks on more time for Greece to repay its debts can start, Athens must get an extension of its existing bailout to give itself time for negotiations on future economic policy and on longer loan maturity with international lenders.

“My forecast is that an extension of the (Greek bailout) programme will have to happen,” Thomas Wieser, who heads the Euro Working Group that prepares decisions of eurozone finance ministers, told Austrian broadcaster ORF.

Eurozone finance ministers are gathering in Brussels to consider how to deal with Greece after the change of government, given the existing €240 billion Greek bailout programme expires on February 28.

The euro fell to an 11-year low as Syriza’s victory set Athens on collision course with international lenders and potentially threatened its place in the single currency.

Syriza officials have previously said their government’s first priority would be to ask lenders for a few months of time so both sides can discuss their positions from scratch rather than picking up from where the previous government left off.

They resist the idea of extending a bailout programme that they are staunchly opposed to. Tsipras last week dismissed the Feb. 28 deadline when the bailout expires, saying he had until July to negotiate with lenders.

“We are asking for more time, not an extension of the existing programme,” a senior party official told Reuters last week.

The extension of the bailout is needed because without it Athens will not be eligible for the European Central Bank’s plan of government bond purchases. If Greece refuses to service its debt owed to the eurozone it would not get any more money from eurozone governments and private investors would not lend to it either, officials said.

EU Economic and Monetary Affairs Commissioner Pierre Moscovici said he did not expect any decisions on Greece from eurozone finance ministers on Monday, just a signal of readiness to engage in talks with the new Greek government.

Even though Syriza won the elections on promises of ending fiscal austerity and demanding debt forgiveness, German Foreign Minister Frank-Walter Steinmeier said Berlin expected it to stick to agreements with its eurozone partners.

“We offer to work with the Greek government, but we expect them to stand by agreements,” he said.

Finnish Prime Minister Alexander Stubb said his country was ready to discuss an extension if the new government can commit to agreed contracts and promised structural reforms.

“We will not forgive loans but we are ready to discuss extending the bailout programme or maturities … But this will not change the fact that Greece must continue economic reforms,” Stubb told reporters.

The chairman of the group of eurozone finance ministers, Jeroen Dijsselbloem, struck a similar note, saying there was very little support in Europe for writing off Greek debt.

Arriving for the eurogroup meeting, Dijsselbloem congratulated the winning party, saying: “We stand ready to work with them as we have always worked with previous Greek governments.” He said that extension of the period for repayment of Greece’s debt would be the first thing under discussion between the eurogroup finance ministers and Greece, but added that a formal request for extension must come from Athens before it could be agreed.

Dijsselbloem said that discussion would also centre on the ‘sustainability ‘ of Greece’s debt, though he declined to go into more detail on what that may mean.

European Central Bank board member Benoit Coeure said the ECB would not take part in any debt cut for Greece, but changes to the debt maturities were possible.

“There is no room for unilateral action in Europe, that doesn’t exclude a discussion, for example, on the rescheduling of this debt,” Coeure told Europe 1 radio.

It was a message echoed across much of Europe, particularly in Germany, the biggest contributor to eurozone bailouts whose chancellor has led calls for budgetary rigour.

Germany’s top-selling Bild newspaper led with “Greeks elect euro nightmare”, the next page showing Syriza leader Alexis Tsipras punching the air next to the headline “What is this victory punch going to cost us?”

Germany’s EU Commissioner, Guenther Oettinger, said a debt restructuring for Greece would send the wrong message to other countries in the eurozone.

“If we cut debt (for Greece), that would give the wrong signal to Portugal or Ireland, Cyprus or Spain,” Oettinger told German radio Deutschlandfunk.

The International Monetary Fund also said Greece could not demand special treatment for its debt.

“There are internal eurozone rules to be respected,” IMF chief Christine Lagarde told Le Monde daily. “We cannot make special categories for such or such country.”

The European Commission made few specific comments on the new government. “The Commission fully respects the sovereign and democratic choice of the Greek people,” said chief spokesman Margaritis Schinas, adding: “We are ready to engage with the new government it has formed. Greece has made remarkable progress in recent years and we stand ready to continue assistant Greece in addressing the remaining reform challenges.”