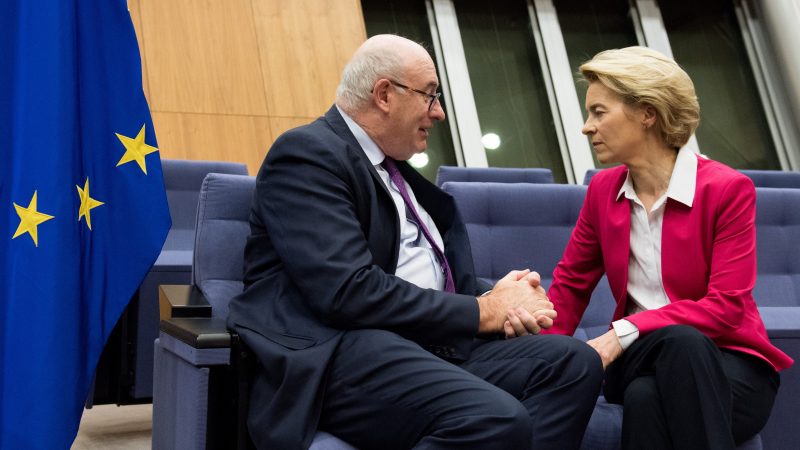 The event — attended by a cabinet minister, a supreme court judge and swathes of lawmakers — was held on Wednesday, just 24 hours after the government announced new coronavirus restrictions.

Irish Prime Minister Micheál Martin urged Hogan, a former Irish government minister, to “consider his position” after revelations he was one of the 82 attendees at the dinner. 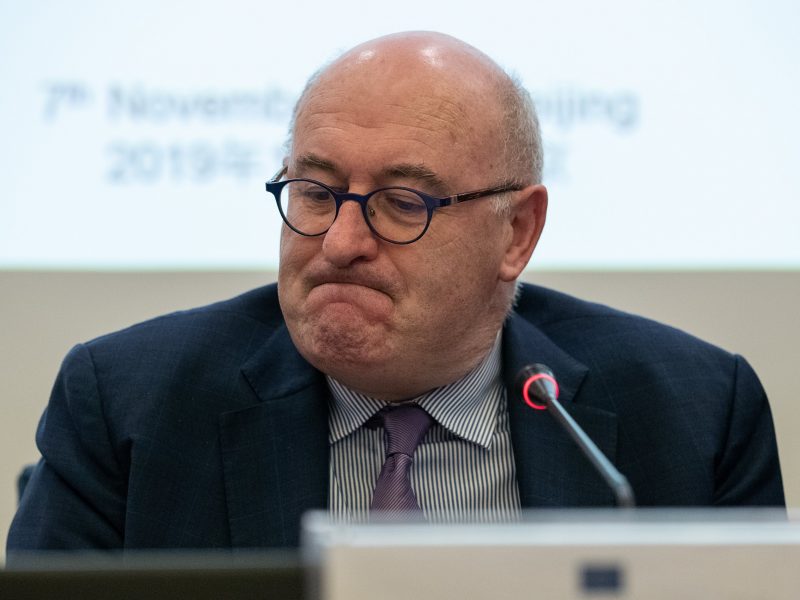 In the face of a fresh surge in cases, Dublin specifically said there should be no “formal or informal events or parties” at hotel restaurants.

The dinner has sparked a series of resignations at the top tier of Irish politics and prompted Martin to decide Sunday to recall parliament.

“I wish to apologise fully and unreservedly for attending,” Hogan said in a statement.

“I acknowledge my actions have touched a nerve for the people of Ireland, something for which I am profoundly sorry.”

Hogan said he had spoken to Martin and respected his views, and said he had been reporting to the president of the European Commission, Ursula von der Leyen.

Later on Sunday, a Commission spokesman said von der Leyen was “following the situation closely” and had ordered Hogan to prepare a report detailing the event.

“It is important that facts are established in detail to carefully assess the situation,” the spokesman said.

Meanwhile it emerged Hogan was stopped by police for using his phone whilst driving en route to Galway for the dinner on Monday.

He was stopped by police in County Kildare, where he collected belongings and documents before travelling on to the event, state broadcaster RTE reported.

County Kildare has been in a localised coronavirus lockdown since 8 August, with residents requested to “restrict their movements to travel within their own county except for work or other essential reasons”.

Hogan’s spokesman told RTE he will not be resigning. 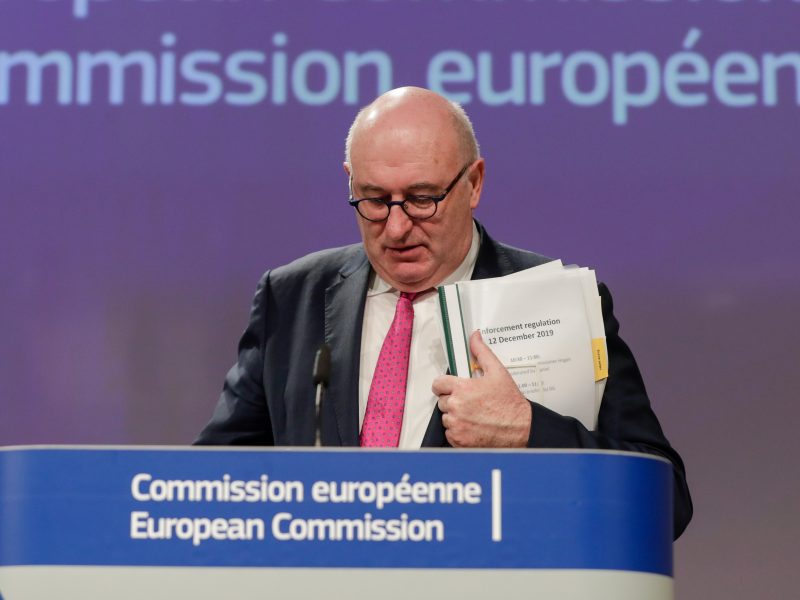 An Irish Cabinet minister apologised “unreservedly” on Thursday (20 August) for attending a social event with more than 80 people – reported to have included European Trade Commissioner Phil Hogan – which may have breached COVID-19 regulations.

Hogan previously said he had been assured the dinner would comply with government coronavirus guidelines and did not offer an apology.

On Saturday, Martin and deputy prime minister Leo Varadkar – the head of Fine Gael, the party for which Hogan previously served – said in a joint statement that “the commissioner’s apology came late” and that he needed to “give a full account and explanations of his actions”.

The Irish Examiner newspaper — which revealed details of the dinner on Thursday — said guests sat at tables of 10 in breach of coronavirus guidelines, and organisers erected a room divider in a bid to skirt legislation banning gatherings of more than 50.

Police on Friday said they had opened an investigation into the event for alleged breaches of that same legislation.