European Parliament VP to resign over alleged cocaine use 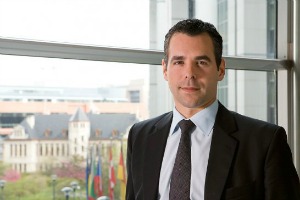 Alexander Alvaro, a prominent German liberal MEP and European Parliament vice-president, had cocaine in his blood when he was involved in a car crash that killed a 21-year old passenger last February, an attorney said. Alvaro is expected to resign over the issue, German press reports.

The daily Bild quotes attorney Ulrich Bremer as saying that the blood test on Alvaro, who was badly injured in the crash, left no doubt that he was under the influence of drugs.

The story of Alvaro’s car crash received much media attention in Germany, and the scene was even reconstructed last September by order of the Cologne public prosecutor’s office.

The aim of the inquest was to find out exactly what happened in the crash by simulating the chain of events leading to the death of the 21-year-old man from Münster and the serious injury of three other people, including Alvaro.

On 22 February the FDP politician was reportedly driving his Audi A8 in the fast lane of a motorway in North Rhine-Westphalia, before colliding with an Opel Vectra which could not avoid an accident with a vehicle in the same lane. There was no speed limit at the place of the crash. The 21-old was ejected from his car and died at the scene.

Alvaro, who was left in a coma after the crash, was hospitalised for several months and returned to Parliament only in September. In the meantime, the prosecutors asked for his parliamentary immunity to be lifted to facilitate the inquiry.

A few weeks ago Alvaro was quoted as saying that he was not driving under influence of alcohol or drugs.

The Berliner Morgenpost reported today (14 November) that Alvaro was due to meet with Parliament President Martin Schulz, as well as with the liberal group leader Guy Verhofstadt, and was expected to resign.

EURACTIV invited Alvaro, Schulz and Verhofstadt to comment on the issue and will publish their reactions as they become available.

Meanwhile, the mayor of Toronto has become embroiled in a scandal that could lead to his resignation after he was caught smoking crack.

The use of cocaine in the European Parliament is not exceptional, according to media investigations.

In 2005, the German Sat-1 television channel sent reporters to take 46 swabs from toilets and other areas in the European Parliament's Brussels buildings. Nearly all tested positive for cocaine.

But similar tests conducted in national parliaments have led to the same findings.