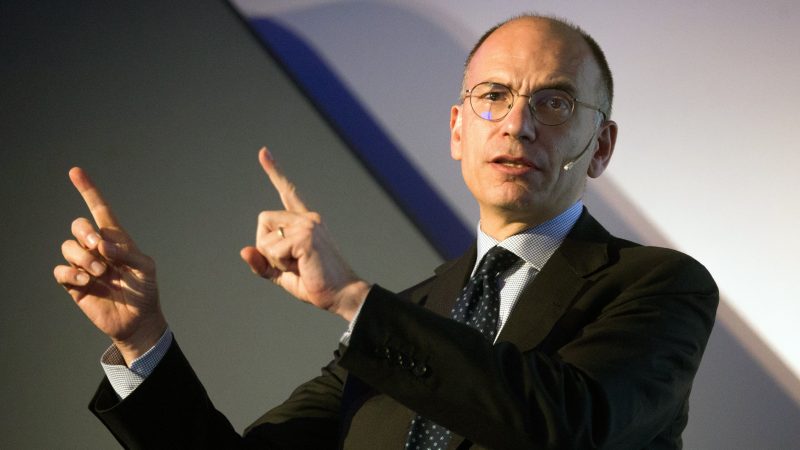 The appointment of Letta, who was in office for 10 months before being ousted seven years ago, must be confirmed in a party vote this weekend but he is the only declared candidate.

In a short video posted on Twitter, the 54-year-old said his party was “in deep crisis” and spoke of his “passion for democratic values”.

Letta was pushed to resign as prime minister in February 2014 in an internal PD coup by Matteo Renzi, who then became Italy’s youngest leader.

Shortly before using control of the party machine to oust him, Renzi assured Letta he was safe, saying in a now infamous tweet: “Enrico stai sereno (Enrico be calm)”.

Italian Prime Minister Enrico Letta will tender his resignation today (14 February) after his Democratic Party (PD) called for him to step aside to make way for a new government, a statement from the premier's office said.

Letta was blamed for failing to carry out promised reforms in recession-hit Italy.

The trained lawyer and author held a number of ministerial roles and was also a member of the European Parliament before becoming premier in April 2013.

He resigned from parliament in 2015 and took a job heading the international affairs school at Sciences Po University in Paris.

Nicola Zingaretti quit as PD leader last week accusing his party of focusing on internal feuding and backstabbing rather than national challenges such as the coronavirus pandemic.

Zingaretti is widely named as a possible candidate for Rome mayor, with elections later this year.

The PD was a key part of the previous centre-left coalition under Prime Minister Giuseppe Conte, which collapsed in January when Renzi withdrew the support of his new party, Italia Viva.

It remains the second party in the government set up last month under former European Central Bank chief Draghi, which has the support of almost all Italy’s main political groupings.