Ex-Syriza minister: Greece should continue its ‘creative’ dialogue with Russia 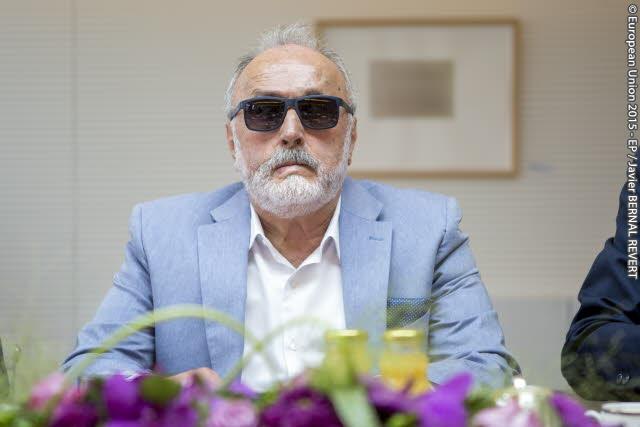 In an exclusive interview, the influential lawmaker talked about the political landscape after the Greek elections, and blamed the EU for the refugee crisis.

Ahead of a snap election in Greece on 20 September, leftist Syriza and right-wing New Democracy are neck-and-neck in the polls, and well short of a parliamentary majority.

The latest opinion poll shows New Democracy enjoy a narrow lead over leftist SYRIZA, while the neo-Nazi Golden Dawn are in third position.

>>Read: Greek leaders bicker over the next government in TV debate

Referring to the day after Sunday’s crucial vote, Kouroumplis said that Syriza should be the center of a wider progressive party that will emerge as a counterweight to right-wing, conservative and neoliberal policies.

“Leftist, socialist and green political forces should find a common ground and create a new front which will convince European people that they are able to halt the accumulation of wealth for the few and the spreading poverty,” he noted.

Asked if the centrist Potami (S&D affiliated) could be part of this new “progressive pole”, he didn’t rule out future cooperation, on condition that it would accept the need to clash with the “current jungle of labor relations”.

As far as the bilateral relations between Athens and Moscow are concerned, which were warmed up under the Tsipras government, Kouroumplis noted that Greece should follow a multilateral foreign policy.

“As long as the US cooperates with Iran, why should Greece be a fan of exclusion?” the ex-minister wondered.

“Greece should continue its creative dialogue with Russia, in order to deal with the Greek people’s problems in a more friendly way,” he said.

Kouroumplis also talked about the cuts in debt-ridden countries’ health systems, as well as the access of citizens to new therapies.

“We should be real representatives of people and not of [pharmaceutical] companies”, he stressed.

He added that EU member states should negotiate with pharmaceutical companies for innovative drugs, such as anti-cancer and anti-retroviral medicines.

“We need to ensure the solvency and integrity of the auditing bodies such as the European Medicines Agency. We must prevent by all means that the pharmaceutical companies determine the conditions of their regulation,” he said.

He also stressed that the price of medicines should be disconnected from the cost of research and development, in order to ensure the transparency of research in relation to the cost.

Kouroumplis blamed the EU for “hypocrisy” over the unfolding refugee crisis.

“I am closely watching the hypocrisy of those who co-signed for the destabilization of the Middle East without having planned the control of the developments,” he noted, adding that despite the crisis, Greece has been making remarkable efforts not to let any refugee go without health care.

“Europe should, therefore, be prepared to support a robust health system in Greece as the health of these people, who move to central Europe, concerns Europe itself.”

“An effective organization of controls at entry centers would protect the refugees themselves – immigrants, Greek society and Europe. It’s high time Europe practically proved the solidarity that is supposed to be its cornerstone.”

0 responses to “Ex-Syriza minister: Greece should continue its ‘creative’ dialogue with Russia”