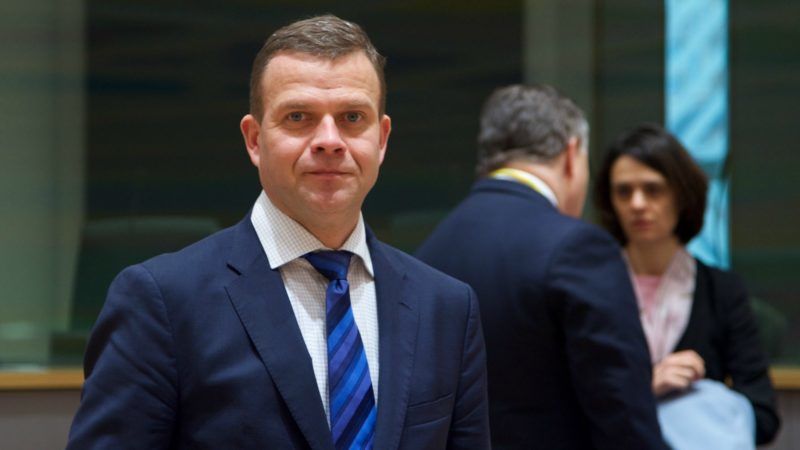 The European Union should attach more conditions to cohesion funds earmarked for some member states in its next budget framework, Finland’s finance minister said today (11 May), saying they should do more to share the cost of taking in migrants.

Eastern EU countries, which are among the main beneficiaries of cohesion funds, such as Poland and Hungary, have refused to accept migrants allocated to them under an EU quota scheme meant to handle a migrant influx into Europe since 2015.

“But when we look forward, and at the migrant crisis, we just cannot stand by when payments from the net contributors are welcomed, but burden sharing is not.”

The formerly communist eastern states’ unwillingness to accept migrants has been criticised by richer western EU countries that have taken in most of the arrivals.

Hungary and Slovakia this week challenged the quota system in the EU’s Court of Justice, and Poland backed the claim.

Finland’s centre-right government, after discussing its targets for the EU’s budget framework from 2021 onwards, said last week in a statement that it was “essential that EU funding be further conditioned in the future”.

More than 1 million migrants and refugees entered the EU in 2015, many fleeing war and poverty in the Middle East and Africa. Some 32,000 went to Finland. The government responded by tightening immigration policies along with other Nordic states.

Orpo said the issue had been discussed between other net contributors and states that take in the majority of migrants.

“If we want the EU and its financing to be fair, then we need to be able to discuss this … Our goal is that everyone should be jointly responsible (for the migration crisis).”

“If not, then you should not get the money,” Orpo said, noting the costs of migration will likely remain high.

The EU has trimmed spending on funds destined for the least developed regions of the bloc in part due to the growing migration costs, raising fears in Eastern European member states of larger cuts in the future.

In 2015, the EU proposed redistributing just 120,000 of the 1.6 million migrants and refugees entering the bloc under the quotas, which are based on a country’s population and wealth.